Tom Izzo: “I like the opportunity we have, we are excited about it.”

Thanks in large part to a lack of depth nationally and their reputation in the Big Dance, Michigan State made it into the NCAA tournament despite losing 14 games, and stretched their consecutive tournament streak to 14, currently third-longest behind Kansas and Duke.  They have been to the Final Four in each of the last two seasons, the only team in the country to do that, and have also advanced to at least a regional semifinal for three consecutive years.  Needless to say, Tom Izzo knows what it takes out of his team to make a deep NCAA tournament run.  The Spartans received a 10th seed and will meet a seventh-seeded UCLA team in Tampa tomorrow.  Izzo is 10-3 in first round games and his 35-12 overall record in the NCAA tournament ranks third among all active coaches with 10 or more games coached.  Just one month ago it didn’t look like Michigan State had a chance at making it, but they have rebounded from a frustrating season and back in a familiar place.Tom Izzo joined WDFN in Detroit with Shep and Sharp to talk about how much more work is put in when preparing for a team they have not played, which player on UCLA poses the biggest mismatch, and how he tries to get his team to realize the NCAA tournament is like another season. 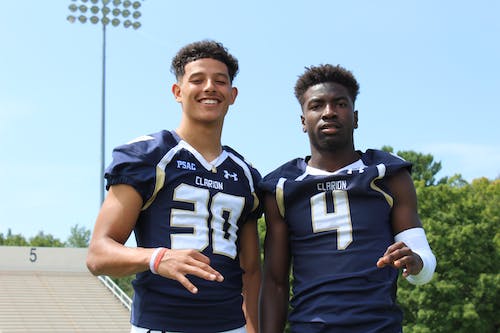 How much more work is put in when preparing for a team they have not played:

“Well it is a lot of fun Matt (Shepard) to be honest with you.  It is a fun time of year because you just try to watch everything you can watch.  I think we have 20-something films on UCLA and you realize that in the NCAA the chances of it coming down to a 3, 4, 5 point game are pretty good.  In saying that, that is the difference, can you figure out a way that maybe they don’t cut out well on free throws, maybe they don’t do this well, maybe they don’t do that well or maybe they do things real well that you can counter, you know, so that is the fun part of the NCAA tournament, but it usually comes down to kind of, who has the most energy?  Everybody is going to study everybody’s stuff, I think it comes down to, who has the most energy?  If the players’ talent are somewhat similar.”

Which player on UCLA poses the biggest mismatch:

“I think it is Honeycutt, he is 6’8’’.  Right now our wing guys are more 6’1’’, 6’3’’, 6’4 and I think Summers is going to have…  I don’t know why but I feel that this has been a tough year for Durrell, and I think he is going to bounce back, but him having to go against a 6’8’ guy is a little bit more difficult.  Last year we had Raymar Morgan, who was 6’8’’ himself.  The big guys inside we can rotate people, the guard guards with the quickness with Appling, and of course, Kalin, I think we can handle that, but it is a difficult matchup.  Penn State had a kid, Brooks, at 6’8’’ sometimes that gives us a little bit of a problem.”

How he tries to get his team to realize the NCAA tournament is like another season:

“Well you got to tune them out to the outside because that happens a lot, because they watch TV, they listen to the radio, they read the newspapers, they get twitter, and they get texts, they go through all that, but I think that is one thing.  The second thing is, what is unique about is, two years ago we went to the Final Four with a pretty good team.  Last year we went to the Final Four with a mass unit.  You look at three starters that could barely play in the Final Four because of injuries so they have seen it done both ways and, you know, we lost in the first round of the Big Ten tournament and made the Final Four, we have won the whole thing and made a Final Four, so when you have some history and tradition, and then you have players.  Don’t forget, we have six players that have been to two Final Fours, so I think you can go back to that, are you begging, borrowing and stealing a little bit?  But sure, that is what life is all about, trying to get people to live in the present and motivate them to understand when they can’t do something, and when they have already done it before in some ways it makes it a little easier.”

How he would describe how this season has gone:

“Frustrating would probably be the best word because not angered because angered means…when you are angry about something you usually can fix it when you are frustrated you are either not sure exactly what it is or you tried so hard to fix it that it gets frustrating you.  I think everybody looks at the Luscious and Allen thing, ‘Boy the turmoil on the basketball team and this and that’, you know there is a little bit of truth to that.  I think more of the injuries and everything we went through trying to figure out where Kalin was, Adreian Payne, a lot of guys early, and then we had that early schedule it made it so tough and you lose a lot of those games and you lose your confidence, so frustrating because I listen to everybody outside, I don’t blame them, I see their point, I listen to fans and alums, but nobody understands some of the things that we did not have control of that just happened, losing big games that hurts your confidence and all those injuries we had all summer hurts your confidence, so it has been a frustrating year in that respect but kind of rewarding in this respect, Matt, we bounced back.  The last 10 games we played a lot better basketball, we got our defense back track, and we are not as good offensively.  You can’t lose two of your shooters and be as good offensively, but you know what, we were not as good offensively getting into the NCAA tournament last year once we lost Lucas and Chris Allen was hurt and Delvon Roe was hurt. So a lot of ways to skin a cat and this team has been there before, I like where we are right now.  I would like to be much better in some areas but I like the opportunity we have, we are excited about it.  It is not just ho-hum; three weeks ago we did not think we would be in the tournament maybe…