Tom Brady Noticed Joey Porter Did Nothing On The Field

It took just one stiff arm to take down the wildcat. Well, maybe not literally, but the Dolphins took the lead and the momentum before Randy Moss delivered a vicious stiff arm to Dolphin Rookie DB Vontae Davis to put New England ahead 24-17. The Fins couldn’t get to past the Patriot 40 yard line after that.  Coming into the game there was plenty of talk from the Fins side, especially Joey Porter who called the Patriots cheaters and said Tom Brady has a set of rules all to himself in the NFL. Brady and New England let their talking come on the field and gave the Fins their first loss in the AFC East.  Porter, not so much, with zero tackles.Brady stayed cool during the game and his partners in crime Randy Moss and Wes Welker had big games to lead the way.  The Patriots (6-2) lead the idle New York Jets (4-4) and Miami and Buffalo (both 3-5) in the AFC East. Last season, both finished at 11-5 and had the same record in AFC East games, but the Dolphins made the playoffs with a better conference record.  This weekend the Pats take on the undefeated Colts on Sunday Night Football, a matchup that has been a year in the making with Brady missing last season’s matchup because of injury. This game could be a big step in who has home field advantage throughout the AFC playoffs. 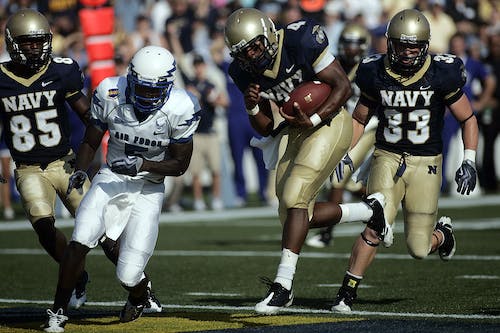 Tom Brady joined WEEI in Boston to talk about the big win versus the Dolphins on Sunday, the AFC East and the huge matchup on Sunday Night Football against the Colts coming up.

Asked How Big The Win Was On Sunday Compared To The Previous Five:

“That’s a real good win for us. They have a good team in all phases. It’s a very challenging defense ’cause they can rush the passer so well. Their special teams — we saw what they did against the Jets the week before. And then offensively they have such a unique style. There’s no other team you face throughout the season like the Dolphins. They were 3-0 in the division when we played them. It’s really a big win for us, to get to 6-2 and to — does that make them 3-5? So that gives us about a 2-1/2-game lead on ‘em”

Asked If He Even Noticed Joey Porter Who Did Nothing On The Field After His Trash Talking During The Week:

“Yeah, we did. We did. I think it’s been a motivator for our team throughout the course of the week and into the game when you hear that kind of stuff. I think the guys took it to heart and the coaches took it to heart. He’s been a great player for a long time. It’s always great when you come out of the game and you understand that you kept one of their best players from being an impact on the game. We felt good about that. We see them again in four weeks, so I’m sure he’ll be juiced up for that. Hopefully we can go out and perform the same way.”

Asked About Peyton Manning And If He Thinks Manning Is Better At Certain Things As A Quarterback:

“I think every time you play him, and hopefully when a team plays against us, they know what they’re going to get. It’s not like Peyton is going to go out there and lose the game for the Colts. That’s not the way it is. When you plan, you’ve got to realize, he’s probably going to go for 300 yards. He’s probably not going to throw any interceptions.  Schematically, they’re going to be in the best play possible on every play.  He’s not going to run the ball into a loaded-up front. If you give him a one-on-one matchup with his best player, that’s where he’s going to throw the ball. Everything you ask a quarterback to do, he does.  He’s been sacked seven times all season. They do a good job, the Colts do, of their running, their play-action pass.  Then when Peyton feels the pressure, he throws the ball away, which us slow guys typically do.  We don’t like holding the ball too long. We realize that we’re holding it; we’re not making any yards.  He’s a great competitor. He’s always doing the right thing, saying the right thing. I’ve always had a great appreciation for him and his style of play.”

Asked What He Thinks About The Colts Secondary Injuries And That Bob Sanders Is Out: