Even Randy Moss couldn’t ruin opening day for Tom Brady and the Patriots. Anyone sleeping on the New England Patriots this season woke up on Sunday when they destroyed the Cincinnati Bengals – a playoff team in 2009 with legitimate playoff aspirations – leading 31-3 at one point early in the second half. Fresh off an odd week with a scary car crash and a contract extension, Tom Brady completed 25 of 35 passes for 258 yards and three touchdowns, including two TDs to receiver Wes Welker just over eight months since Welker had reconstructive knee surgery. Despite their prolonged success over the last decade, it was one of the more interesting and celebrated performances of Week 1. Tom Brady joined Dennis and Callahan on WEEI in Boston to discuss feeling better about this team than he has ever felt after the opening game, aiding in Randy Moss’ contract negotiations, how he, his wife and kids are celebrating his new contract, Wes Welker’s return to health, going through five progressions on one play and how the Calvin Johnson play from Week 1 was like the tuck rule. 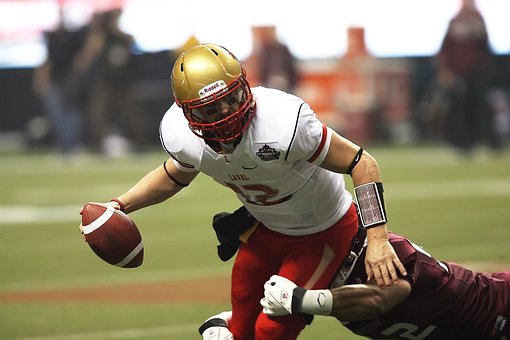 On the Patriots after Week 1:

“I felt as good as I’ve ever felt after an opening game. It’s pretty remarkable what the guys up front did. The challenging part about that defense is the way they rush the passer, and their blitz schemes, and I thought up front we played an incredible game. If we can keep playing like that it’s going to be pretty tough on opposing defenses. That was a great start by the offensive line, the backs protected great, the tight ends protected great, and you know, we ran the ball. It’s a different team this year, I’m telling you… I think there’s three different tight ends that have different skill sets. That’s a big position in our offense. You know, Fred Taylor, you saw the way he ran yesterday. He wasn’t out there a whole lot last year. You add that with a bunch of other new additions in terms of the defense and leadership and our attitude like you said and it’s just a whole different take from everybody. I think really it’s been a good attitude this whole year.“

On Moss’ contract situation and whether Brady could play a role in negotiations:

“Sure, yeah, and we have talked about playing together in the future. I’ve told them the way I’ve felt. I’m telling you, every quarterback in the league would want him on the team. So he’s a great player, he’s a dominant player. He made some big plays yesterday. We had a couple of others that we were trying to get to him. Like I said, the pressure can’t always be on him on our offense, on Wes and on Randy, then it’s not a very good offense. I was really impressed yesterday that, when they were covering those two, we were able to get the ball to the other guys. I think that’s what makes a great offense. And then Randy’s able to, when he starts getting those one-on-one matchups, then we’re really able to take advantage of those. But he had a great game yesterday and we’re going to need a lot more from him. And I’m expecting that, too.”

On relief over a new contract:

“To tell you the truth, I overspent on a house about a year ago. So I took a big, deep sigh of relief that I could actually pay for the house now. But no, I didn’t do much. Believe me, it’s a huge relief, really just because without a contract you really don’t know where your going to be in four or five months. And you always say, well, there’s the franchise tag and there’s this, but no one knows if there’s a franchise tag next year. No one knows that at all, franchise tags don’t work out so often. You can make all these assumptions about, you know, ‘Oh, don’t worry, he’ll be here.’ Well, you never know. And that’s part of a lot of conversations I had with my family, and my wife, because I just don’t know. I really don’t. To actually know where I’m going to be, that’s a huge relief more than the financial security. To know that my kids can go to school here, my wife and I love it here. There’s no place we wanted to go, and I think that’s the best part about it, just having the understanding that this is our home, this is where we are going to be.”

“Wes is awesome, man. Believe me, I’ve seen a lot of him over the last seven months and nothing he has done hasn’t surprised me. I guess yesterday I was less surprised because I’ve seen it and he just feels like his normal self. His attitude, his confidence in himself, his ability to put the same injury that a lot of guys go through that takes them a long time, he’s able to just put it out of his head and go out there and have a great game. He always impresses me, and you’re right, it was a huge day for him and it was great to see him. We have a great group of receivers. Wes and Randy, that’s a pretty great tandem between the two of them.”

On going through progressions on every play:

“Eventually you go through all five. I mean, you don’t have time to drop back and look through five, I think before the the snap of the ball you’ve got to eliminate a couple of them. I’d say when you break the huddle everybody’s alive. You know, when the ball’s snapped, you probably got three, sometimes at the max four, but you’re not going to see five. Based on a coverage you’re never going to have five, you’re very rarely going to have five guys open on a route either. You really might only have one guy open.”

And on the Calvin Johnson play from the Lions-Bears game:

“I saw that, and that’s a tough call. That’s a tough call. I know what the rules are, and they have to have  definitive rules. I think when you go down with the ball, you just got to hold on to it when you hit the ground. It’s been in place for a while now. So, I’m never one to bitch about the rules, because the tuck rule, that kind of got us a Super Bowl.”