It’s been awhile since we’ve checked in with Charles Barkley to get his take on the NBA and the rest of the sporting world. With no games being played in the NBA, I suppose that’s understandable. But I’m glad we did in this instance. 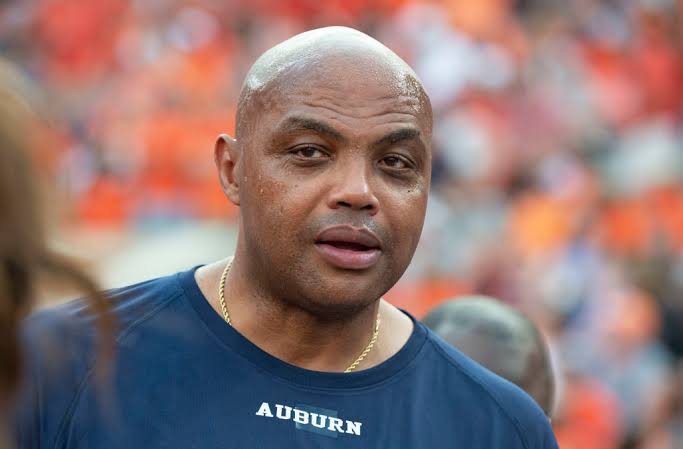 Barkley joined ESPN Radio Chicago to talk about his stance on the NBA lockout impasse, why he’s disappointed in the owners for seemingly going for the kill, why it’s crazy for people to expect Michael Jordan to do anything but look after his interests as an owner, how he thinks the entire season will be canceled, whether he’s still considering giving his entire TNT salary away to charity this year, LeBron and Dwyane Wade’s upcoming exhibition tour, how he thinks the splintering among players will really start to get serious now that pay checks are being missed officially, and how he’s lost 30 pounds during the lockout by doing CrossFit and hot yoga.

If he were advising both sides in the lockout, what would he say:

“Well I’m kind of mad at the owners right not to be honest with you, because I think the owners are just trying to crush the guys. The players have made so many concessions, and it’s like, is that not enough? I try to explain to a normal person, okay, so the players went from 57 [percent] to 50, and that might not sound like a lot to a normal person, but you’ve got to understand — each one of those points is worth $300 million dollars; each one of those points is worth $300 million dollars. So it’s not like the players aren’t trying to make…it’s not like they’re not sacrificing anything….and I think the owners want even more, and I think they’re just trying to beat them to death right now.”

“Well first of all, don’t believe everything you hear. But Michael is an owner now. He can’t sacrifice his franchise. Listen, he’s the reason that all us players are making the money that we are today. But with that being said, he’s an owner now, he’s got to do what’s best for his franchise. I think it’s silly for players to think MJ should sacrifice the whole NBA for the rights of the players. He’s not a player anymore. When he played, he spoke for the players, he made sure every player got paid an enormous amount of money, but right now he’s an owner. That being said, I’ve been very disappointed with some of the owners as far as — look, this is a partnership, and it’s not like a regular business. I don’t think the players should never go lower than 50-50. I think they should take 50-50, but the owners I think want even more. And that’s what disappoints me, because the players are clearly trying to make a deal. But I think the union wants to break the union for good and get a ten-year deal where they make all the profits.”

On his previous predictions that this lockout was going to be drawn out and ugly:

“Oh I was the first one. If you go back and look, I remember I was on a TV show last year when the season was going on; they asked me about next year, and I said ‘dude, I don’t think there’s going to be a season at all next year.’ And everybody looked at me like ‘that dude’s crazy.’ What I always knew was the owners were going to get the deal they wanted or they were not going to play. That’s what I knew more than anything. They were going to get the deal they wanted or they weren’t going to play. First of all, they’ve proven me right. If the players don’t give them everything they want, even if it goes excessive, they’re not going to play because they look at it like this — they will lose less money not playing.”

Does he think the entire NBA season will be canceled?

“I don’t think there’s going to be, but that’s just my personal opinion, I don’t have any inside. But I knew it was going to be ugly, I think actually it’s become really personal. I think those owners got so upset at LeBron and Chris Bosh and guys like that that they’d rather burn down the house instead of doing any remodeling. We need great players on small market teams. And they drew a line in the sand and said ‘okay, okay, the inmates are running afoul and we’re going to put and end to this right now.’ That’s what I truly believe. Like I said, even if that means burning down the house, they were going to. It was like ‘okay, I’m sick of these guys.’ And remember, it’s already started for next year with where’s Chris Paul going and where’s Dwight Howard going? So these owners are steaming. Same with Carmelo. So the owners are like ‘these guys all want to play in major markets and screw the small towns, we’re going to put an end to this.’ And this is the point we’re at right now.”

On if he’s made any progress on deciding if he was going to still fork over his salary to charity like he proposed on the show previously:

“Well first of all, that’s a great question. After I got off the phone with you guys, my phone lit up like a Christmas tree. My agent was going crazy. Because, you know what, I was saying stuff and I really wasn’t listening, these idiots might cancel the whole season. So that was his point, he was like ‘dude, I’ve got not problem with you donating your salary for some of the first couple of weeks, or even a month or whatever it is’, but he said ‘I want you to think about this — you’ve told me in private conversations you didn’t think there was going to be a season.’ And that’s where I’m at right now. I haven’t made a final decision, because these idiots might cancel the whole season….You know what, I’m going to stick to my word, I’m going to figure it out. And when I figure out what I’m going to do, I’ll make sure you guys know first since I broke it to you guys first. But it does scare me man. That’s what my agent says. He says, ‘Charles, I don’t care what you give to charity, but what if they cancel the whole season?”

On LeBron and D-Wade’s exhibition tour and whether he’d pay $75 to see that:

“No, because it’s like a glorified scrimmage, it’s like the All-Star Game. To me, the All Star Game…listen, my number one rule for All-Star Games was just don’t get hurt, your obligation is to your team. Just run up and down the court, don’t try to play any defense, just have some fun. That’s all those things are. Unless they’re going to donate all the money to charity, because….listen, the players always get a bad rapt when you have a lockout because fans look at them as greedy. But the only way it’s going to be successful is if they donate all of the proceeds to a charity in that city.”

At what point does the splintering happen amongst the players now that paychecks are starting to be missed:

“I think the splintering has happened already. I think that’s one of the reasons they didn’t put the last proposal up for a player vote. See that’s what everybody doesn’t understand about pro sports. Those guys, they just missed their first paycheck. They haven’t gotten paid since April because you only get paid during the season. So most of these guys haven’t gotten paid since April. Before they weren’t missing checks, but now you’re starting to be missing checks, and it’s going to get real serious right now. I mean, it’s going to get real serious right now. It’s got to be a little scary for some of these players.”

Which player is going to come back most overweight and out of shape when the lockout ends:

On what a day in the life of Charles Barkley looks like lately with the lockout preventing him from returning to work at TNT:

On what he’s doing to lose the weight:

“Well I’ve been doing some Cross-Fit, I got involved with Cross-Fit over the summer.  And I’ve been doing hot yoga. 105 [degrees] bro. It’s 105, but I like it, it helps me with my flexibility. But like I said, I still have got a long way to go. You take a glass of water out of the ocean, it’s still the ocean.”

If he’s looking forward to finally getting to work with Shaquille O’Neal on TNT telecasts once the lockout finally is lifted:

“I am looking forward to working with Shaq. It’s going to be interesting because as much as I like Shaq as a person, and we’re good friends, we don’t know how it’s going to work on television. So whenever it happens, it’s still going to be like cold turkey. But I just miss the basketball, because we always start out, the first game we always start out with the champions get their ring — I would love to see Dirk Nowitzki get his ring because it’s well-deserved. We clearly would have had Miami a couple times now, we would have had the Bulls on a couple times now. So I just miss watching great basketball.”

What he’s thankful for with Thanksgiving just a few short days away:

“Man, I’ve just got such an amazing life. I can’t believe this little fat kid from Leeds, Alabama has been all over the world. I always tell people, if I die tomorrow, I just need ten minutes to tell people just what an amazing life I had. People talk about the recession, I’ve been blessed not to be a part of the recession. I do a lot of work around Thanksgiving giving out turkeys, I don’t have to worry about food and things like that. So it’s cool. I’m just blessed. And I can’t take myself that seriously. I play basketball.”

On the guys at ESPN Chicago looking forward to seeing the new trim Barkley:

Dennis Rodman On The Bulls’ Big Three Squaring Off With Miami’s Big Three: “No Contest.”

Carson Palmer on Refusing to Play For Bengals: “I definitely Realized it was a Selfish Decision that I was Making…But it was Time to Move on.”