It’s a rarity when one player in the NFL can change the complexion of a downtrodden franchise. After all, football is the ultimate team game. Yet when it comes to New Orleans quarterback Drew Brees, that is exactly what he has done. He has already brought the team a Super Bowl Championship, he has given the city a new sense of life, and the Saints are one of the top teams in the NFC on a yearly basis. Brees is at the center of it all. The other night, he added yet another notch in his belt when he broke Dan Marino’s single season passing record in just 15 games. Even more hardware could be coming his way. Even though he will probably fall short, he will push Aaron Rodgers for MVP and with the way the Saints are marching into the playoffs, he could bring another Lombardi Trophy back to the bayou.Drew Brees joined Fox Sports Radio with Andy Roddick and Bobby Bones filling in for Petros and Money to talk about how he feels about breaking the passing record after a few days of reflection, how he celebrated breaking the record that night, and on the idea that the hottest team usually makes the run in the playoffs. 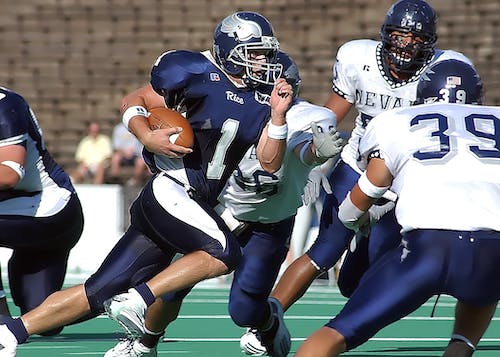 How he feels about breaking the passing record after a few days of reflection:

“It’s hard to reflect on it during the season, especially the fact that it happened Monday night and all of the sudden we have another game coming up here on Sunday. So six days later and a game that’s really important. We’ve got a chance to get the two seed if we win this game and San Francisco loses. Then potentially we’ve got to turn around six days later and play our first playoff game. For us it’s hard to really enjoy it but I think life is too short not to at least recognize the significance of it. I mean it was a special night. The way in which we did it, Monday Night Football, the last play of the game for us, and all 72,000 people in the stadium still there just waiting in anticipation hoping it happens and it did. So when it did I think the place just erupted and exploded. Obviously everyone watching at home too, it made a lot of people happy. It was something that all of us can relish in because it’s hard to believe that we actually were able to do it.”

How he celebrated breaking the record:

“On a night game you’re typically not getting out of the locker room till late. If I just went straight home I wouldn’t get home till 1:30 so obviously my wife was there with friends and family so kinda waited on me. I’m always the last one out with all the media and everything. We decided we couldn’t go straight home. This was one of those rare opportunities that you’ve gotta enjoy just a little bit. We went with a bunch of the guys on the team, a bunch of the offensive lineman, and we went and believe it or not we got some Sushi and just kinda sat, relaxed, and talked about it a little bit. It was the perfect way to cap off that night. Made it home at about 3:00 and up early and getting ready for the next opponent.”

On making sure they carry momentum into the playoffs:

“We do. We just want to continue to get a little bit better each week. I think that’s what it’s all about because the hot teams typically do play extremely well during the playoffs and they’re the one who really make a run at it. You want to be playing your best football at the end of the year. We are on a bit of a win streak here and we want to keep that going. Every week you just feel like man we’ve got so much to play for even if your seed in the playoffs can’t change you say ‘well does this game mean anything?’ Well absolutely it means one more game where you can get better and you can continue to gain momentum and confidence going into the playoffs.”