With two weeks remaining in the season, the San Diego Chargers are still alive in the playoff hunt but now have to rely upon other teams after Kansas City beat the Rams yesterday.  The Chiefs have two games left against the Titans and the Raiders, and one can expect Philip Rivers and Co. to be supporting Tennessee and Oakland the last two weeks.  Although it would be great if they both beat the Chiefs, the Chargers can’t strictly count upon others if they can’t do their job themselves.  San Diego’s road ahead seems pretty easy with games remaining against two 3-11 teams, Cincinnati and Denver, but these games are on the road and going to be in cold weather, a recipe for disaster.  I think their window of opportunity has passed them, so this will be a long shot and a prayer they hope will be answered. 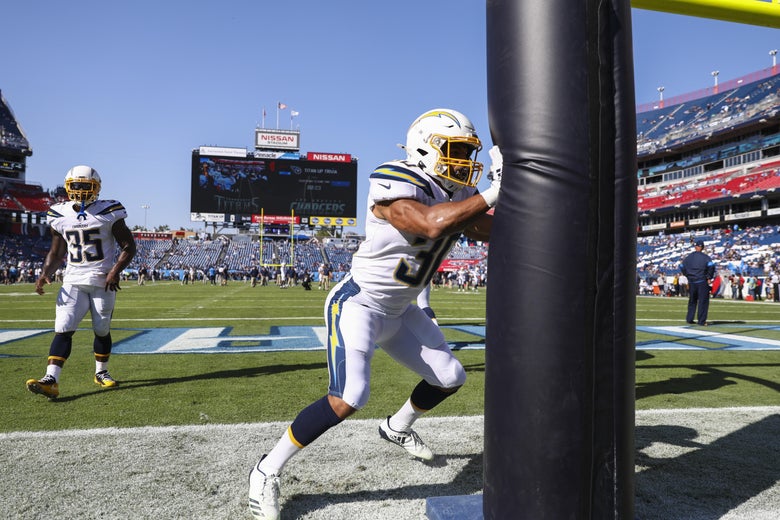 Philip Rivers joined XX Sports Radio in San Diego to talk about whether the team is going to spend extra time preparing for Cincinnati, how worried he was that the loss to the Raiders was going to be something that the team couldn’t recover from, and whether being in the middle of a playoff race is agonizing. (Editor’s note, this interview took place on Friday) Whether the team is going to spend extra time preparing for Cincinnati:“I think it can help you in definitely preparation.  I already got my computer loaded up so I can get Cincinnati film, very leisurely watch a few games over the next two or three days to get a head start.  Winning these last two games is insignificant if we don’t win the next one, that is the way I look at each game from here on out.  It doesn’t really matter…  All of the positives are there but it really doesn’t matter that we went seven and a half quarters and didn’t give up a touchdown.  If we don’t go in and play against Cincinnati.  Offensively it doesn’t matter if we have got great balance and rushed over 100 yards in back-to-back games and didn’t throw more than 30 passes, I keep hearing that statistic.  It doesn’t matter if we don’t go win the next game and that is what we have to understand.  It does matter in the sense that if we improve the last two weeks and I think we got better…”

How worried he was that the loss to the Raiders was going to be something that the team couldn’t recover from:

“Having three games in a row at home and two of them in the division, you really felt like, hey guys let’s go now, let’s take these three and then we have got two on the road.  We let that one get away from us and in the fashion that we did, we just got whipped.  I don’t mean necessarily physically, but I got whipped.  I didn’t play very good.  That defense they got the best of me and all of us…  It is just unfortunate.  I think that is the NFL you are going to have a game like that.  I mean the Patriots had a game like that at Cleveland, they beat them 38-13 or something if that score is right, 38-16, but they have only had two hiccups.  You know at the Jets and then Cleveland, so for us, we had too many of those early to where we couldn’t afford to have a game like that against Oakland, and that is so hard because when you dug a hole like we did, you have to maintain that high level of play for such a long string and unfortunately we didn’t do it but hopefully it is not going to cost us.”

Whether being in the middle of a playoff race is agonizing:

“Well it is really not.  I think it is just because I have been an ultimate optimist.  It is just, I would much rather have this thing sealed up but it is just something about it.  You asked me about it a couple of weeks ago, what would you guys like, being on the road?  It is kind of like that same kind of feeling being on the road with your backs against the wall playing on the edge.  There is something  about it that it seems to bring out the best in our team, at least in the regular season, there is so much made of our postseason, whatever, we have lost two home games after having a bye.  We have also won some and we also made a run to the AFC Championship game, so we have had somewhat success at times, but we are just going to have to fight like crazy to get there again.”