If you’ve ever wondered how a team so talented has just one playoff win in the last couple of years, all you had to do was watch the Cowboys-Redskins game on Sunday night. Despite having Pro Bowlers all over the field, the Cowboys are their own worst enemy and they were against Washington. They had a boneheaded play to end the first half and instead of going into halftime leading 3-0, they went in trailing 7-3. Then after driving the length of the football field It looked like the Cowboys were about to pull off a miraculous fourth quarter comeback. Tony Romo threw what looked like a game-winning touchdown pass. Instead, there was a holding call on Alex Barron, who is a walking penalty flag, and the touchdown was negated. It’s not time to panic in Dallas and they still have a very talented team, but if they don’t clean up their boneheaded mistakes and the coaches don’t make better decisions, Dallas could be watching the playoffs from their couches. I don’t want to hear Cowboys and Super Bowl in the same sentence any time soon. Let’s all save that for a team that deserves it. Jerry Jones joined KRLD in Dallas with Jagger and Barsky to talk about what he thought of the final play call before halftime, what was going through his mind as that play was happening, what he thought about Alex Barron’s play, why Barron struggles so much, and what he thinks about Miles Austin and Dez Bryant after one game. 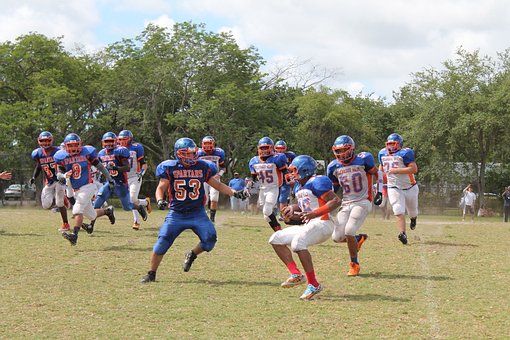 On the play call at the end of the first half:

“That was a bad call, but one of the things that Wade (Phillips) does the best is his game calling. He’s one of the best. That was one that wasn’t. Other than that, that was about it.”

On what was going through his head watching that play:

“First of all, Romo, if you look at his skills and the thing that he does, he will from time to time make an impromptu play. That’s what I call the Favreish factor in him so he’ll do that. Again the mistake was all the way through the play and not going to the knee and just killing the play. But again, that doesn’t happen very often with Wade.”

On what the mindset was bringing in Alex Barron:

“The same one as we had when we had Flozell Adamas. Flozell was the second most penalized player over a certain amount of time there. The thought process is you hope the good will overcome the bad and the good things are worth the other things here. We brought him in and he had five years of starting. That’s opposed to sometimes you go with a situation we had when Bill Parcells were here. We had times when we had two tackles out there that had no experience, they were rookies, and we paid the price by the way when that happened too. One on each end. A left tackle and a right tackle. One of the biggest challenges you’ve got is to get the right people in there, especially when you’ve had some injury attrition.”

“First of all, it didn’t surprise me and I was proud that Miles Austin had that performance. He’s done nothing but get better. He can, as hard it is to believe, he can get better and that’s why we were so excited to sign him long-term. Of course Dez Bryant, that’s remarkable to come in there as a rookie. You saw the curtain kinda easing up there for him as the game went along and saw him getting used to the speed of the game. I think it’s also really a good thing that you see Romo really going to him as much. A lot of that is Tony’s decision to throw it out there to him and let him beat that guy one on one, that’s a Romo decision usually. With all that in mind, I like that and it shows Tony’s confidence in him. What we’ve got to look forward to is usually when that ball goes out and that guy is that close on him, you’ve got other guys that are open as well. It ought to help open up our passing game.”