Terrell Owens Believes DeSean Jackson Should Have Held Out

Terrell Owens certainly knows a thing or two about holding out for bigger and better contracts from the Philadelphia Eagles. He threatened to do so after signing agent Drew Rosenhaus as his agent in. He eventually reported to the team, but that initial posturing was the first in a series of antics that eventually led to his demise and dismissal from the Eagles.Now Owens, who is rehabbing a knee injury but hopes to join an NFL team at some point this season, says he thinks DeSean Jackson should hold out. Jackson is set to make less than $600,000 this year and Owens says if it were him, he’d hold out to better his situation.Terrell Owens joined 97.5 The Fanatic in Philadelphia with Mike Missanelli to discuss what he’s been up to recently, if he thinks he’ll be able to look like his old play-making self once healthy,  if he thinks a team will sign him once his knee is recovered, the rift between himself and Donovan McNabb, whether he’d consider playing for Philadelphia again and what advice he’d give DeSean Jackson regarding his contract situation. 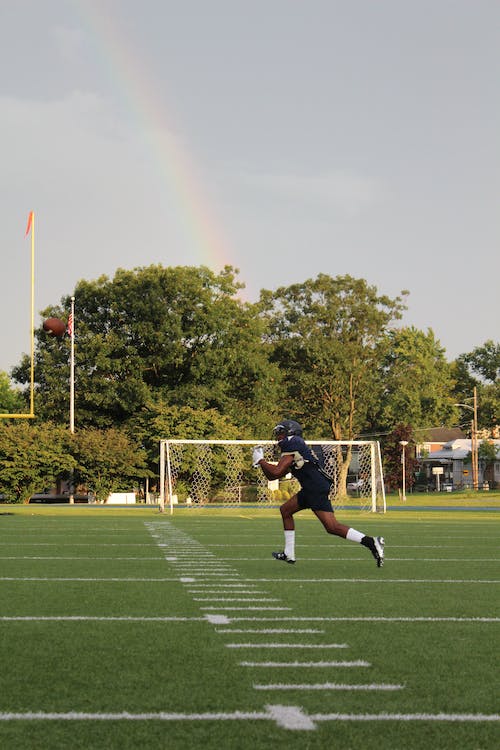 What’s going on with you right now?:

“I’m just rehabbing, just getting ready to get back on the field here pretty soon. Other than that, I’m just taking it day by day, rehabbing and getting my leg stronger.”

Where are you going to play?:

“Right now, I have no idea. All that’s premature at this point; I’ve just got to get my knee right. I could have 32 suitors but if my knee isn’t right, that makes all of that null and void. I’m just getting myself healthy right now … so I can get back on the field and show people that I can still do what I do when I get on there. Then, I’m sure the suitors will come out. I’m not really in a rush right now. This is an injury where you can’t really rush it.”

You still think you can be the TO of yesteryear?:

“No doubt. I’m 37. The last two years, I’ve gone to teams where they had No. 1 receivers. … If you look at what I’ve done, respectively, with those two teams, considering they’ve had their number one options, I think the numbers kind of speak for themselves. … I know I’m going to have the doubters out there, the skeptics.”

But do you think a team will take a chance on you given your history — injuries and otherwise?:

“Yeah of course. … I went through a situation where I had a severely sprained ankle, I had a broken leg. They had expert doctors across the country that said I wouldn’t even play in the Super Bowl.”

What would have had to happen to settle the rift between you and Donovan McNabb back in the day?:

“The thing is, I’ve never had anything against Donovan. I think a lot of things kind of transpired. It was after the Super Bowl that the comments were made about him being tired in the Super Bowl. I will go to my grave … that I never said that he was sick in the huddle. That was Freddy and Hank Fraley that initially said that. So once I heard that, I basically reiterated what they said, but it came out as if I basically threw it out there from my own personal experience. … That’s where all the [rift] began.”

But what would have settled it?:

“Anybody that knows me, you can ask anybody in that Philly organization … they know Donovan, they know me. Trust me, I did what I could to rectify that situation. … I will go to my grave and know that I did the necessary things to try to make things work. It wasn’t me.”

Would you be willing to play for the Eagles again if the chips fell that way?:

“Of course. Again, everybody can speculate and think what they want to think. … I have players that played with me on that team that knows for sure what went on in that locker room. … I have no problems, if there was a situation where they needed a receiver, me coming there. I would love to. Andy Reid was one of the best coaches I ever had.”

What do you think about DeSean Jackson going into the season making less than $600,000 this year?:

“That’s a risk, obviously, that he’s taken. You saw what happened with Chris Johnson and his holdout. It goes back to what we were talking about earlier. Chris Johnson obviously did what he needed to do to better his financial situation. Whatever advice that DeSean Jackson has been given for him to go in there in the offseason and try to be a man about it and go into camp and play under the existing contract that he has, I guarantee you that if he goes out and he gets hurt, God forbid, he’s not going to get the contract that he probably would get if he held out.”

“Absolutely not. I would have to better myself and my family and my situation. That’s ridiculous. Nobody thinks about how the owners and these teams can cut a guy. … Let’s say they’re supposed to make $8 million next year, $10 million this year after the season. These teams can cut this guy just for the sake of saving money just because they don’t want to pay that guy the money that they’re supposed to be paying him next year. At the same time, fans gripe because players hold out to get more money. The team, general mangers, everybody signs the same dotted line. … People don’t understand that.”