There’s no crying in baseball. That’s been established. I thought it also probably translated over to football, especially in the NFL. Apparently I was wrong.The San Diego Chargers, who have been downright disappointing over the course of the first half of the season, scored 29 points in a second half, comeback victory over the Tennessee Titans on Sunday and then credited coach Norv Turner and his passionate, tearful speech for inspiring them to get there.It was shocking because Turner generally comes off as a stoic, unemotional coach like just about every other head coach in the NFL. It was also shocking because I didn’t think there was crying in football.Antonio Gates joined XX Sports Radio in San Diego with Darren Smith to discuss Norv Turner’s passionate speech, whether that’s unusual for the Chargers’ head coach, if the average person would be surprised by the type of guy Turner is compared to how he comes off and his reason for starting to use the social networking website Twitter. 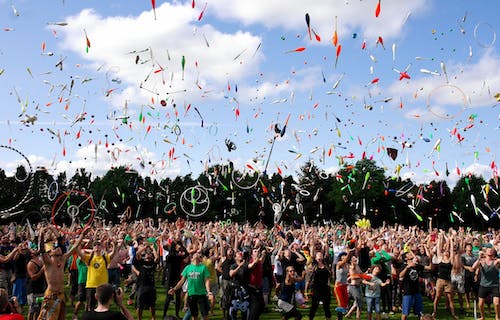 “I think sometimes people get caught up in everything else besides having fun and going to play the game and what it means to them to be out there playing for a professional team. That’s something that I talked about this past weekend and something that Norv has been talking about forever. I think the speech was a glimpse of how he feels about the game and how precious this game is and how he believes in us. When somebody speaks emotionally, in tears, to me, it’s [from] within. It’s not about the money, it’s not about the criticism, it’s not about trying to make myself look good. It’s about I believe that we’re a better team that we keep showing and I know it because I’ve watched you play at a high level.”

On whether that’s unusual emotion for Turner:

“He does it all the time. I think, obviously, with the emotions and the tears, I think sometimes it takes that for guys to relate to it. Like, ‘Wow, Coach is emotional.’ That’s difficult to find coaches emotional in this league. To me, it was kind of like, I’m already giving my all, I believe. But the ones who didn’t believe, or did, who was to say? But we came out, established ourselves … played as hard as we could. Once we got off that field, we gave it all we got. That was enough.”

On whether the average person might be surprised at what Turner is actually like compared to how he’s perceived:

“Norv has always talked and spoken from the heart. He’s not one of those coaches that make up fairy tales. He’s strictly from the heart. That’s one thing I respect about him and I love about him. When you see him do it, it reminds me of how I am. When I’m playing, I’m not acting. You know how somebody just, they act different? When I saw Norv crying, I knew it was real. … This means the world to him. That spoke volumes and it worked. Not to say that guys didn’t believe up to that point, but I think he made himself clear.”

“My marketing people have been begging me and begging me. I’m like, ‘Ehhh.’ But it’s cool. I’ve been responding to fans and it’s fun to see them. It’s cool. … It’s just something that I’ve actually enjoyed. I didn’t think I would enjoy it. I feel like I’m older and I don’t do much. … It’s exciting. I just do whatever I feel.”