Stu Grimson: “Quite simply I accept his apology. As far as I’m concerned this matter is settled between Don Cherry and myself.”

It all comes back to Brendan Shanahan at the start of this NHL season and the new rules he has instituted in his attempts to limit fighting and hard hitting in the game of hockey. Don Cherry elected to dedicate his first “Coach’s Corner” of the season to rip and lament against the state of discipline regulation and enforcement in the NHL. Cherry mocked the new rules of hitting in the NHL under Shanahan and used the final minute of his segment to call out three former fighters. Cherry torched Stu Grimson, Chris Nilan and Jim Thompson for being “turncoats and hypocrites,” for claiming that fighters could be more vulnerable to drug and alcohol abuse. The former 18-year NHL player also went on to note that Grimson, Nilan and Thompson did not want to see players make the same living they did as fighters.Well this trio of players heavily disputed these claims and in his most recent appearance of “Coach’s Corner” Cherry apologized for his comments. After the apology, Stu Grimson made a radio appearance to share his thoughts on the whole situation.Stu Grimson joined The Fan 590 in Toronto with Jeff Blair and Michael Grange to discuss his reaction to Don Cherry’s apology, the difference between the public reaction to cleaning up fighting in the United States as compared to in Canada, and former players immediately contacting him after Don Cherry’s initial comments. 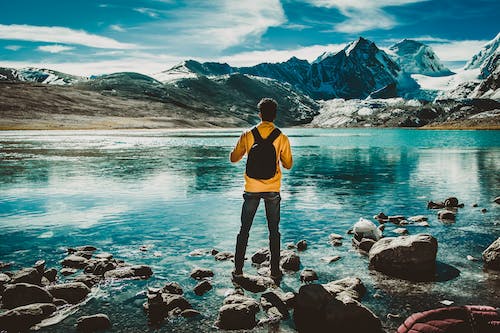 What is your response to Don Cherry’s apology? Are you satisfied?

“I saw Don’s comments on Saturday and I have a couple of quick things in terms of a reaction. I appreciate the words that Mr.Cherry used. Quite simply I accept his apology. As far as I’m concerned this matter is settled between Don Cherry and myself. The one other piece about this: there has been discussion about further legal recourse at some future point and I’m just here to tell you that the group has no intention to pursue that as a group, myself personally, I have no present intention to pursue a cause of action against Don Cherry. Again, the matter is settled as far as I’m concerned based on what we know right now.

You asked another question and you asked whether I am satisfied?

I think as a general matter I sure am at the end of the day. I suppose there are a couple of things left unfinished and really it goes to Don’s comments initially and even his and especially his apology. Shortly after watching it my 15-year old son turns to me and says, ‘Dad you were never addicted to drugs.’ The point he is making is Mr.Cherry initial attack he has left the implication hanging out there that I am or I was addicted to drugs. His apology doesn’t clear that up. I guess I do have to clear that up. That is to say I am not now or never was addicted to drugs and I really don’t say that to distinguish myself from Jim Thompson or Chris Nilan. That’s not the point at all because these are good guys. These are stand up guys. These are my type of guys and those are my words about them. This situation has galvanized our friendship. I have great respect for these guys, but the point is Mr.Cherry throughout has been so reckless that he almost made the cleanup impossible.”Is there as much attention in the United States in regards to getting rid of fighting in hockey as there is in Canada where everyone is against it?“Although the debate up there [in Canada] is much louder here you got – that’s not to say the debate doesn’t take place down here. It’s just that there are…it is a much broader range of interests I think here in the United States. Head trauma for a professional athlete is a valid concern out there in the sports world, but I would be sorely mistaken if I said its place in the public discourse was as important here as it is in Canada. It’s not there and not by a long shot.

”How much did you hear from players after Don Cherry’s initial response?

“Well guys generally, mostly guys that I played with, but they were very shocked that he said it in this way and used those names and that he could have been that far off-base as he said those things. Look we understand how the business works and we understand Don [Cherry] in his first episode of ‘Hockey Night in Canada,’ wants to make a big splash as they come out for the new season. We all get that, but having said that he wants to focus on a specific issue and he’s had all summer to prepare for that issue. I will tell you what the way that issue was delivered this whole commentary about the recent and tragic death of Derek Boogaard and my friend,Wade Belak. I mean it was like he picked up the phone ten minutes before he jumped on-air and got some bad information from a former player. That’s the way it was presented. I think the thing that the public in general and certainly my former teammates and friends in the business are most shocked about is the vetting process that you wouldn’t verify your facts before you presented something that strong.