If you don’t like Steve Nash than you either hate sports, don’t really like people, or you’re a fan of the Lakers or Spurs. The rest of us though are understandably attracted to the way he plays the game, and the way he conducts himself on and off the court. He’s the consummate professional and teammate, and exactly the type of guy you want to root for and see do well. This past season has certainly been tough on Nash and the Phoenix Suns. Nash has had individually one of his better seasons, which is quite remarkable at his age. But throw the individual stuff out the window. That’s not why Nash plays, and he’ll remind you of that every time you hear him speak. So what now for Nash and the Suns? They’ll be sitting at home during this year’s playoffs, but don’t fret Suns fans, he’s not going anywhere from the sound of it. In fact, Nash states that he wants to play not just next year in Phoenix, but for another couple of years after that as well.Nash joined KTAR in Phoenix to talk about how his injury is doing as the NBA season winds down, how long he plans on playing beyond the season, if he’s considered playing somewhere other than Phoenix to wind down his career, if he’d consider his career a disappointment were he not to win a ring, and how he’s excited about pursuing his second career as a filmmaker once his playing career is over. 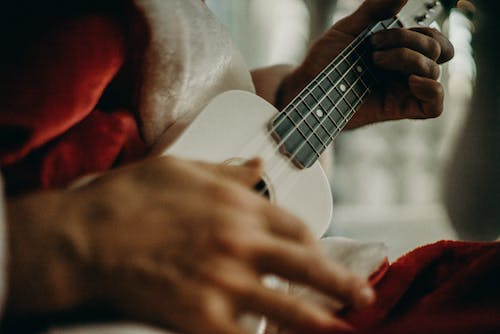 How his injury is feeling as the season winds down:

“It’s doing okay. It’s one of those things I think where in all honesty it’s been very frustrating. We’ve been climbing uphill all year, and for much of the season, we didn’t have the same cohesion on the second unit as we did last year. Last year, the second unit I thought was as valuable as any part of our team. Our first unit would compete with other teams’ starters, but the second unit was really beating up other teams’ second units, and then this year we didn’t quite have that. So I felt like a lot of times probably I had to play a lot more than anticipated and do a lot more, and it just got to a point after the All Star Break where I just haven’t really been healthy. And it’s been really frustrating, especially when you’re trying to scrape your way back into the playoffs and you can’t do the things you’re accustomed to doing or need to do to win. So it’s been frustrating on many levels this year, but it’s okay. I’m struggling in other areas, but they’re all probably related.”

How long does he plan on playing beyond this season:

“I don’t know. Obviously I’ve been banged up a little bit the last couple of months, but I felt great prior to that. You know, I still love to play and compete, and I still feel like I can do it at a high level. And up to the All-Star Break, I felt like I played as well as I’ve ever played this year. So I’m not thinking about retiring, I’m feeling more motivated and inspired than ever to overcome this season and work hard this summer and be in great shape and ready to roll whenever the lockout ends. Hopefully we’ll redeem ourselves and put ourselves in a position to play for a championship in the playoffs next year. So I don’t think about it, obviously next year is already in the contract right, and right now I would like to play another two after that. But I really want to just concentrate on next year; unfortunately the lockout kind of, who knows, we don’t have a date, I would be circling my calendar for the first day of training camp, but I’m not sure that’s going to come.”

If he’s considered finishing his career somewhere other than Phoenix:

“I don’t know but I want to be a Sun. I don’t know what the scenario may be, and I’d never say never or be foolish enough to say there wasn’t any circumstances. Or who knows, maybe the team will want to move in a different direction, so I have to be open to that if that time came. I don’t know, maybe it’s because I’ve been here a long time, because we’ve had a lot of success, I’ve got a touch of the old school in me. But I don’t really feel like playing with anybody else. I want to play with the Suns, and I want to get back to that place we were last year and try to turn the corner and get to the Finals and win it. Or at least have a fighting chance, that’s all you can ask for. So I want to try to take the Suns back somewhere where we have a chance at things. And I’ve never really felt that comfortable with, you know, ‘put me on this team.’ If circumstances change then I’d have to be open to that, but I want to work with the Suns and see what we can do to get back there and put ourselves back in contention again.”

Would he consider his career a disappointment if he weren’t able to win a ring:

“I guess in some way I would because that’s what I’ve been fighting for all these years. But on the other hand, I think I have a fairly good perspective on it. It isn’t totally in my control, it’s a team game, there’s luck involved, there’s a whole organization involved, front office, team…so I can’t really look at myself and say it was a failure when I feel in many ways I’ve accomplished a lot — mainly building good teams and relationships and playing my butt off every night and trying to win games. So yeah, on one hand if I never get a chance to win one I’ll be very disappointed. But on the other hand I’ll feel really proud of what I have done in my career, and feel like it wasn’t all for naught — it was a great experience, I learned a lot, I grew a lot, I had an opportunity to compete against the best on a nightly basis and made some great relationships. I know that’s probably a Hallmark answer, but there’s a lot of truth to that.”

If it’s true that he has plans to pursue his film career rigorously once his playing days are over:

“Yeah it is true. I’m already sort of into it. You know, my cousin and I started working together and creating digital content for companies. We created that documentary for ESPN’s 30 for 30 on Terry Fox. So we’ve had some great opportunities so far and had a little success, but mostly we’ve been doing just some commercial work. Obviously we would love to make all sorts of different types of film from commercial work to feature films. So hopefully we can grow into that, but it’s definitely been a great opportunity for me off the court.”