Look out Tennessee.  You are on upset alert.  After finishing the season at 25-8, going 9-1 in their final ten games, and capturing the Mountain West Conference crown, the Aztecs are gearing up to try and upset the Tennessee Volunteers.  After getting off to a slow start, including getting belted by St. Mary’s early in the year, the Aztecs bounced back and picked up some signature wins along the way.  They gave BYU all they could handle, they beat UNLV twice, and they handed New Mexico half of their losses this season.  Coached by Steve Fisher, who once coached the Fab Five to the NCAA title games at Michigan in 1992 and 1993, the Aztecs have four players that average in double figures and were one of the teams that nobody really wanted to see in the first round.  Look out Tennessee because the Aztecs are coming into the dance red hot and looking for the first ever tournament win in the school’s history. Steve Fisher joined Darren Smith on XX Sports Radio in San Diego to talk about the way the team finished the season, where Kawhi Leonard compares to some other players he has coached, and how confident his team is going into the tournament. 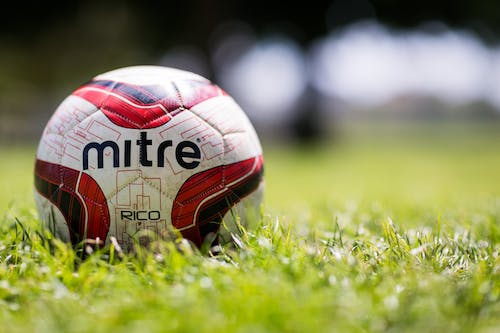 On the Championship game against UNLV:

“We were fine.  Really.  We might’ve been a little leg weary, a little.  But so was Vegas.  They had the same route that we did.  They had three tough games.  They had BYU who is terrific in their semifinal game and we had a like opponent in New Mexico.  What happened is defense overshot offense early.  Neither team could make a basket.  We had good looks and so did they, but we couldn’t make a basket.  It was a little more of a knockout drag down defensive game.  I didn’t think the fatigue was a factor other than our shooting, but that came around in the second half.”

On where Kawhi Leonard compares with some other freshman that he has coached before:

“It would be unfair to anybody, including Kawhi to try and compare.  I know one thing; he is a big time player who steps up, plays unafraid, does not play like a youngster, has been through a lot here in his freshman year.  So he’s no longer a youngster.  He now knows what life is like in major college basketball and he has more than responded to the challenge.”

On when they found out where they were going:

“We’re like everyone else.  We find out when they flash that up on Selection Sunday.  We were all together in Aztec Athletic Center in the big auditorium.  We had some of our fans there, media people, and it was immensely exciting.  Our kids erupted.  They probably didn’t know anything other than who we were playing.  They didn’t look at the bracket or that kind of thing, but they were genuinely elated when they saw San Diego State come up on that TV.”

On what it means for the conference to have four teams in the tournament:

“We are unprecedented.  This is the first time in our 11-year existence we’ve had four teams which is doggone good for a nine team league to have four in the NCAA Tournament.  It’s a testament to what was accomplished in the preseason.  New Mexico, its well documented what they did.  They were on a 15-game win streak when we played them and they beat a lot of big schools as did BYU, as did UNLV.  So that brought rankings.  We had at one time, three teams rated in the top 25.  I think what that did was it created the feeling around the country that this is a doggone good league.  Got three of them rated in the top 25.  So then when you played one another in the conference play, we then became like one of the power conference.  Your RPI instead of going down sometimes went up.  We played at BYU, got beat and our RPI went up after the game because it was against a really, really highly regarded opponent.  It’s all good for our league but now what we have to do is step and win in the NCAA Tournament.  New Mexico went on their body of work, a third seed, the highest in the history of our league.  I think things set up for our league as a whole to have an opportunity to win some games and that will further enhance our credibility.”

On how confident they are going into the tournament:

“We have great confidence in who we are.  We’ve got a good team, you know that.  We’ve got a team that from way back in St Mary’s to right now, we are light years better.  We are a team now and we’re playing that way.  We’ve got good athletic ability and now we have the teamwork, the brain power and the toughness to go with it.  We have reminded one another and now we are sold on the fact that for us to win, and when we win, we will win starting with when you say what do you have to do first; guard.  With our defense and then one A with our rebounding.  If you do that then the other things will take care of themselves.”