I don’t even know how to introduce Stephon Marbury anymore. Seriously. As an NBA player hoping to make a comeback? As an international ‘brand’ that’s testing his hand overseas? As a businessman trying to reclaim his brand’s viability? You might laugh at all those notions, but that’s probably what Marbury would like to be thought of. Anyway, Marbury joined Hardcore Sports Radio to talk about what he’s up to these days, if he’s planning a comeback to the NBA next year, what happened between him and LeBron James involving Starbury, what’s going on with his brand, the NBA Finals, how he juggles life on and off the court, his famous days on uStream, and if he feels slept on at this point in his career. 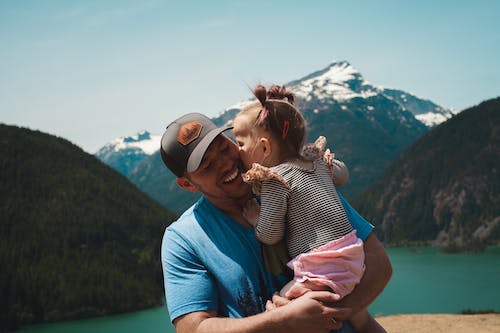 “Right now I’m just training and preparing myself for next year.”

On if he’s planning a comeback to the NBA next year:

“Whether it’s the NBA or overseas, at this point I just want to be able to play basketball and play at a high level. I mean, I took enough time off and did the other things that I wanted to do, that I couldn’t do from always being busy playing basketball. So now, everything that happened with my father passing away, all of the other things that I was doing, now I’m just preparing myself to come back at a high level.”

On who he thinks has the edge in the Finals:

On what’s going on with his line of shoes and his Starbury brand in general:

“Right now we’ve been at a standstill because of all that went on with Steve & Barry’s. I’ve pretty much been keeping my company afloat, you know, to keep my brand alive. When Steve & Barry’s went under, it put a great deal of pressure on me because people associated me with Steve & Barry’s when it was just a licensing deal. So Steve & Barry’s doesn’t own Starbury, I own Starbury. What that did was when I started doing deals and tried to make business deals come to life from trying to do business deals with the people in China, it kind of put me in a tough spot because Steve & Barry’s stiffed so many people in doing business with them when they filed Chapter 11 [bankruptcy]. So for me right now, I’ve basically secured my brand, and now with me going over to play in China, I’m trying to build manufacturing and basically allow people in different provinces to be able to work for Starbury to allow it to grow in China. So, I’ve got a lot of different things going on across the water that I’m working on. Right now I haven’t really been doing anything in the United States. I’m going to build stand alone stores here in the United States and basically follow the McDonald’s franchise model where I’ll have various Starbury stores across the country – rural areas, inner cities, places where you have those Starbury stores, like little mom and pop stores. So we’re basically putting all the pieces together right now for moving forward after all of what happened with Steve & Barry’s.”

On if it’s true that LeBron dissed his shoes and if he responded by saying ‘I’d rather own than be owned’:

“What happened was a reporter asked him would he ever wear $15 dollar shoes, and he said at Nike, we hold our standards higher. I was like, you don’t own Nike, so how are you saying at Nike we hold our standards higher. I’m trying to figure that out and I was like ‘I’d rather own than be owned’ because Nike don’t own me, they own you. I have my own brand and my own company, so one day I’ll be able to evolve and be able to sign people like LeBron James.”

On how he balances his busy off-court life with trying to get his game back in shape:

“It’s hard, but the team of people that I have, they work tireless to allow us to float they way I was supposed to float. I think for the most part, people see the basketball, they see what people say on T.V., they hear what people say on the radio, they watch Starbury T.V. and are like he’s crazy. But what’s crazy? I mean, I don’t know really what’s crazy anymore. Then on T.V., they show two girls kissing each other and they show two dudes kissing each other – and I’m like you calling me crazy? I’m not saying that’s right or wrong, I’m saying the people that’s putting that out there, I’m like how are you calling me crazy.”

On if he feels slept on at this point in his career:

“I wouldn’t say I feel slept on, I just think when you’re on a team and you’re doing what you do well and you’re not winning, I think what happens is like ‘oh, that’s the reason why they’re not winning because he’s doing this and that.’ I mean, you can’t win a championship if you don’t have players. It’s clear and it’s obvious. You look at Paul Pierce when he was in Boston when they had the season that they had the year before they won the championship. Kevin Garnett comes, Ray Allen comes, now it’s a different ballgame – now you’re playing with three guys that really know how to play. You really literally need three players in order to win consistently. I’m talking about a team where you’re out there and you’re playing a high level every night and you win 8 out of 10 games, if you’re playing 15 games and you’re winning 13, 14 games a month, you’re going to end up having a really great record. I mean, you may lose some games here and there, but you’ve got to have the players. And I think for myself, I got kind of tired of having to justify my game. I’m like first of all, you keep talking to me about all these other guards, and the numbers show that my numbers, I’m the next person under Oscar Robertson who you guys say is the best point guard to ever play. My numbers are right under his numbers, so I’m like that should tell you something. But I think now, for me looking back from me not playing being away from the game, I really just look at it as people can’t really identify with someone who’s just playing well opposed to somebody who’s playing well and they’re losing. So you’re playing well and you’re losing, oh well they losing. But look at his numbers. I’m like, it’s not my fault that I was playing well, I mean I was playing well and we wasn’t winning, but I didn’t have the supporting cast that I needed to be one of those teams, you know, you look at Boston, you look at the Lakers. You know, playing on Boston last year, I got an opportunity to see that, and I’m like man, if I had started out at the beginning with these guys, it would have been totally different.”