“The Heat Roster Is Better Than Any Roster That Michael Jordan Played With With The Bulls.”Stan Van Gundy is always good for a great quote. He’ll talk about anything and share his honest thoughts in a very matter of fact manner. Unlike other coaches and personalities, he does not seem to have an agenda or any hidden message. It’s odd not to have to put up of a BS translator just to figure out what the guy is really getting at. In this case, that includes heaping the highest possible praise he can on a team in the division. It also means agreeing, for the most part, with his brother Jeff who announced last week that he thinks the Miami Heat “will break the single-season win record of .The Heat have a tremendous roster with as much talent in the starting five as any team we have ever seen, but it takes time and a lot of luck to win that many games. It is definitely possible – and infinitely more likely than the Minnesota Timberwolves accomplishing the feat next season (or ever) – but that does not make it likely, especially if Stan’s team, the Orlando Magic, which has gone to two straight Eastern Conference Finals and won the Heat’s division each of the last three seasons, has anything to say about it. It doesn’t seem like he’s making the claim to motivate his team or put too much pressure on the Heat. Stan’s just a dude who knows the game, sees what he sees and shares his thoughts. 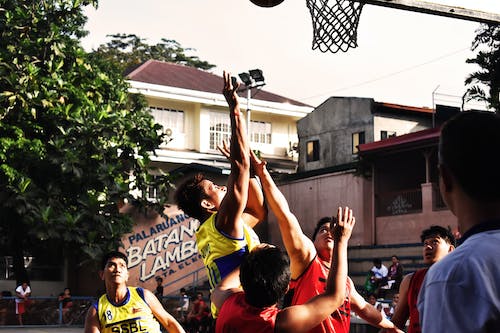 Stan Van Gundy joined Dan LeBatard on 790 the Ticket in Miami to talk about a Miami Heat roster that he thinks is better than any Jordan ever played on with the Bulls, the hype and seriousness surrounding LeBron James’ free agency and “The Decision” this summer, fans crossing the line with abusive comments and how he would have handled the Arkansas press conference where a reporter was fired for wearing a Florida hat.

On Jeff Van Gundy’s predictions about the Heat:

“If I look at what the Bulls did winning  games and I look at the Heat roster, I am going to tell you that the Heat roster is better than any roster that Michael Jordan played with with the Bulls. I don’t think that people predicting them breaking the win total and being in the 70s and the whole thing, I don’t think those are expectations that are out of line based on their roster… Dwyane Wade is certainly, in my opinion anyway, as good as he was, is better than Scottie Pippen. Chris Bosh is better than Toni Kukoc. Mike Miller is every bit as good a shooter as (John) Paxson or (Steve) Kerr or anybody they put there. Plus, he’s ″. If you start going down the list, I don’t think there is any question that the roster the Heat have is as talented a roster if not more so as any roster there has ever been in the NBA.”

On the hype surrounding LeBron James’ free agency this summer:

“I think what it did is people looked at it as a guy who raised himself to a level where he really thought he was that important and there  was no humor in it. It was really this serious thing where everyone in the country was hanging on his every word. Then when it wasn’t handled right, that brought it down. I tend to agree with you. Had there been some fun with it, had there been some humor, it wouldn’t have come out the way that it did… I think what people are reacting to is, true or not, a perceived arrogance. People just react to that every bit as negatively as they act towards somebody that has created a crime.”

On something in fandom that frustrates him:

“There’s not much that fan’s do that I find frustrating. They’re the people that drive our entire business. They are what the business is all about. There is not a lot. Some of them become personally abusive sometimes. I don’t think the fact that you bought a ticket give you the right to act in a way that you would not be able to act anywhere else. If I got to a restaurant tonight and I am paying for a meal and the meal does not meet my satisfaction, there are ways that I can make that known. I don’t need to be yelling or screaming at the waitress or cook or anywhere else and being abusive. I think that is out of line, but that’s a very small percentage of fans. That would be the only thing. What they want to write to a newspaper or say on a sports talk show, booing, things like that I can take. But being personally abusive is over the line. That should be at any point in our society that that is over the line.”

And on the firing of a reporter for wearing a Florida hat to an Arkansas press conference:

“That seems a bit extreme. But, never underestimate people’s ignorance and stupidity… Is that being a little to insensitive? She didn’t attack the guy or anything. She wore a hat of a different team. I don’t really understand the point there. I think I can say this and people will believe me based on my history, I think I would have a lot of fun with that. I think I would go after the person a little. I think we would have some fun with that. I certainly would not say to my PR guy, ‘I’m not going to answer that person’s question’ or get that person fired based on what they are wearing. I hope I’m above that. That’s not a fireable offense. I think it would be a cause to have a lot of fun to be honest. Why refuse to answer a question? Why not go after a little bit in a humorous way and have some fun with it?”man that aint your team how come you aint saying anything about your team the orlando magic they should fire you your giving the heat the championship and every record there gonna break no one has even seen these people play yet saying there gonna break every record come on now your team is a great team they beat us in the finals with ease lebron is a choke artist dwade already won a championship he didnt even need lebron he could have got it done with chris bosh give your team some credit get off the heat you have nothing to do with them your talking about them like your the coach go cavs and anyother team but the miami heat heat aint gonna win a championship this year thats a fact