Shawne Merriman Wants to Remain A Charger
by timgunter
Shawne Merriman has been through a lot during his tenure in the NFL.  He was suspended for a positive steroids test back in ’06, was accused of choking Tila Tequila after a night of drinking, had a possible career-threatening knee injury, and now he is a restricted free agent.  Merriman, a five year veteran, was hoping to become an unrestricted free agent when his contract expired but with being an uncapped year, Merriman lacks the sufficient number of years to file for unrestricted free agency.   Under the current Collective Bargaining Agreement in an uncapped year, players who wish to file for unrestricted free agency must have six years of playing eligibility, but Merriman has five.  So the Chargers placed the highest possible tender on him in hopes of getting one more year of his services.  It is still possible that Merriman could play for another team next season, but it is highly doubtful that someone would make on offer that the Chargers would not be able to match.  Shawne Merriman will be a Charger next season and they could quite possibly sign him for the rest of his playing career. 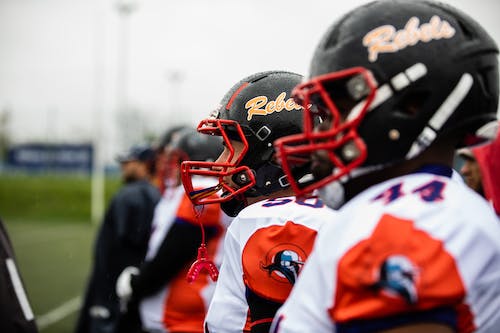 Shawne Merriman joined XX Sports Radio in San Diego to talk about how surprised he was that the Chargers released Jamal Williams, what it means to be a restricted free agent in this uncapped year, and whether he thinks there is a chance that he won’t be a Charger next year.

How surprised he was that the Chargers released Jamal Williams:
“It was a huge surprise.  It definitely wasn’t a surprise that you thought would happen.  Yeah a lot of stuff is going on this off-season, but that was definitely one of the ones that I didn’t see coming.  I don’t think a lot of people did.”

What Jamal Williams has meant to him while they played together in San Diego:
“You know he is just one of those hard-nosed guys that just comes to work and outside of his playing on the football field his presence alone you just know that he is just one of those guys that you want out there with you if anything else was going to go down.  He has always had your back and to see him go to another organization, especially an organization that we have to play against, was a difficult decision.”

Whether he felt that the Chargers were going to re-sign Jamal Williams after initially releasing him:
“The problem is once you get to the market and you get all the extras out there… and you have a feeling that the current team you want doesn’t want you and you make those decisions.  He still has some football left to play and I think that he probably has a couple of good years in him so I wish him the best in what he does.  I hope that he has a great career and he finishes up a great career but not against the two games that we have to play him.”

What it means to be a restricted free agent in this uncapped year:
“It is a group of about 212 guys that have dealt with the same thing that I am dealing with.  My biggest thing is to just get ready for football.  That is the most important.  As long as I am healthy and get back to where I want to get back to everything else is going to fall in place.  I always looked at the things that I have got to control under your own basis.  I can’t be mad.  I was a bit frustrated initially when it happened because it just cut down my options in what I could possibly do but at the same time I think what is most important is to get ready for football and get ready to play wherever I am going to play at.”

On other restricted free agents and whether there is a feeling that if players are not happy they won’t show up to camp:

Whether he thinks there is a chance that he won’t be a Charger next year:
“I have no idea actually.  You know I am just getting ready for football.  That is really it.  That is all I know right now.  I have said it a thousand different times.  I would love be there.  No question, no doubt in my mind.  I can’t even see myself playing anywhere else.  But there is that business side of it and I cant do anything about it.  I will wait to see what happens.”