According to numerous reports circling around the internet, the most prevalent being this article on BleacherReport.com, Shawn Michaels is hanging up the tights for good after his retirement match versus the Undertaker. If you’ve just tuned into the WWE in the past five years, Shawn is nothing more than a solid character who seems to find a relevant match for every pay per view, thanks in large part to teaming up with Triple H to reform Degeneration X.For fans of the brand from the 1980’s into the early 90’s, Shawn represented a sea of change from what was traditionally a ‘eat your vitamins and say your prayers’ Hulkamania crowd, to a low brow, storylines-that-pushed-the-edge-at-every-chance audience salivating for Degeneration X’s next appearance. I was a part of this generation, and I must say it was a great time to be alive. While typical heels weren’t selling the brand very well, and Hulk Hogan had just switched over to rival WCW, Shawn Michaels was a key member in keeping the WWE relevant.While the hype of the WWE started with Hulk Hogan, without Shawn Michaels to usher us into the Cena and Randy Orton era, the brand might have been completely lost. Here’s to you Shawn, and a great career if this is truly the end.Shawn Michaels joined Mayhem in the AM on 790 the Zone in Atlanta to lay down some serious fodder for Wrestlemania 26. 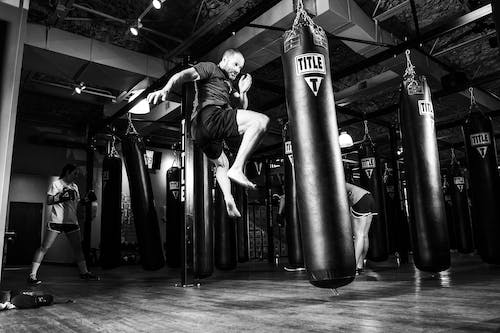 Shawn was asked about the history of Wrestlemania, dating back to the mid 1980’s:

“When you look back at the very first Wrestlemania, and it sort of being a sink or swim situation for the WWE at the time, you fast forward 26 years and here we are. It’s an amazing feat.”

On the WWE now having a second generation of fans:

“Yeah, and that’s the sort of thing that as you’re doing it, I can remember coming back in 2002 and them informing me that ‘hey, you almost need to reintroduce yourself’, because there is a whole other generation. On one hand, you want to be a little offended by that. You say ‘come on, I’m not the end all, be all, but I’m Shawn Michaels.’ But to really understand that there is a whole other generation that you now have to appeal to and you do appeal to. When you see the little guys hanging over the rails at the show, you do realize that. You’ve got their dads who watched you, and now they’re watching you.”

On the BleacherReport.com story that states Shawn Michaels will retire after Wrestlemania:

“That’s the situation that I’m in. The career is on the line, so I guess I say ground breaking news by them I guess. That is the match at Wrestlemania, the career versus the streak. It’s one of those things that’s bitter-sweet. Obviously I want to be the one guy to beat the streak. I think that if anyone can, I’m the one, but you have to be willing to put it all out there. If things don’t go my way, I still have a great deal of peace and I can look back on a career that I’m very proud of.”