The NBA Finals were supposed to be a coronation of LeBron James following the way he played against Boston and Chicago in the playoffs. Apparently Shawn Marion and the Mavericks didn’t get the memo. While it seems like LeBron’s issues on the game’s biggest stage seem to go beyond talent and beyond basketball logic, the Mavericks also deserve credit for the two-time MVP having the worst stretch of games in his entire career. After slowing down Kobe Bryant and Kevin Durant, Shawn Marion welcomed the challenge against the so-called “Chosen One” and made him look like anything but the most talented player in the game and a two-time MVP. There are a lot of reasons why Dallas won the NBA Championship or Miami lost it, depending on how you want to look at things. But there is no greater reason for Miami’s failure than LeBron James. He wasn’t good enough in the NBA Finals. It wasn’t the fact that Miami’s bench was too weak, or their bigs were exposed. The bench did their job, the other two of the Big Three did theirs as well. LeBron James didn’t and he cost his team a title. LeBron James is the number one reason that there is still no ice on his finger.Shawn Marion joined KTAR in Phoenix with Gambo and Ash to talk about how it feels to win a championship, whether or not he felt this day would come when he came to Dallas, the defense that he played against LeBron James, how he had to change his game, and if it is true that he only packed a few pairs of socks. 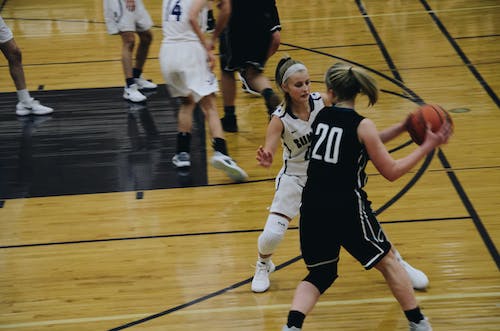 How it feels to win a championship:

“Man it’s like a dream come true. This is what we strive for. The long hours in the summertime, in the season, man I’m at a loss for words. This is what it’s all about. Ain’t no other feeling like being a champion. Nobody can ever take this away from us.”

Whether or not he thought this was possible when he first came to Dallas:

“I’m gonna tell you like this; two years ago when I became a free agent, I talked to Jason Terry. He hit me probably two weeks prior and Dirk (Nowitzki) and J-Kidd called me and was like we need to get your ass to Phoenix. I mean Dallas. I’m sorry. He was like you need to get your ass to Dallas ‘Trix. I was like we’re gonna win us a ‘ship down here. He was like you’re the final piece we need and I was like let’s make it happen. They did. It happened. They did a sign-and-trade and I was there. We were disappointed last season but we did what we had to do this year and got it done.”

On the defense he played against LeBron James:

“Man it feels great. My teammates had my back and I don’t want to take all the credit myself. I had help with DeShawn Stevenson and J-Kidd on the perimeter as well. We all played our part in it and made it hard for guys. That’s what it’s about. This is a great team championship win. We all contributed to this and we all had a big part in this and that’s why it feels so great. It really showed out there on TV. When you watched us play, you could tell how everybody was helping each other and we had each other’s back. We were playing great basketball out there.”

On changing his game to be less of a three-point shooter:

“I had to do that here because if I would’ve stayed out on the perimeter here we wouldn’t have gotten a championship. It was about making adjustments and making certain sacrifices. I was able to really perfect that post-up game and be a threat inside for us. That’s what we needed. We have some tremendous shooters on this team and we needed the inside threat to make them play fair and we did that.”

Whether or not he only packed a few pairs of socks before Game Six:

“I packed three. It was one for Friday, one for Saturday, and one for Sunday.”

On showing that he could still be a lethal scorer in the NBA:

“I’m capable of doing that still. It’s just about getting the opportunity to do it. It wasn’t about that. My teammates needed me to step up and I did. That’s what it is about. This team was built on everybody contributing. We’re going to have guys have bad nights, but we’re so deep and talented because we have guys that can have big nights as well. That’s why we prevailed this season. A lot of teams don’t have the depth that we have and the caliber players that are able to go out here and do this. That’s what we got.”