Shaquille O’Neal Is Back To His Childish Ways, Cutting Up Rambis & Mychal Thompson

If someone involved in the game of basketball ever bad mouths Shaq in any way, he better run and hide behind the goal posts on the playground, ’cause Shaq is coming with an arsenal of childish insults that have no grounds. 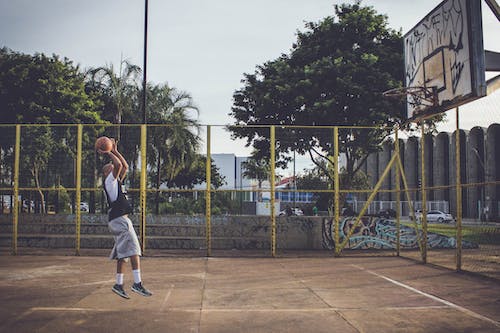 Unfortunately, that is what Shaq has been known for in the latter part of his career:

yes, he’s the funny man on the microphone, but he’s also a man who asked Kobe to, ‘Tell him how his a tastes,’ and he called Stan Van Gundy a ‘front runner and master of panic’ just ’cause he felt like it.  He may have had some sort of run-ins with Kurt Rambis and Mychal Thompson in the past, but seriously?  As a man who claims to be all that and a bag of chips, why does he have to stoop to that level?  It’s irritating and it’s clear that Shaq gets away with it simply because he’s Shaq.  The Big Diesel joined Mason & Ireland on ESPN Radio in LA to mock Thompson and Rambis, comment on NBA players’ ignorance when it comes to supplements, and his hopes that PETA doesn’t come after him when he breaks out his winter clothing.We heard you in an interview and your response to the worst player you ever saw was a tie between Kurt Rambis and Mychal Thompson.

“I never even really seen his game, they just told me to name some horrible players.  Those were the guys that came to mind, never really waste your time and saying things as a youngster, ‘Oh, I wanna be like Mychal Thompson.  Oooh, look at his baseline fadeaway.  Wow.  Daddy, can you teach me the Mychal Thompson fadeaway?  Sure, son.  Forget Kareem, let’s work on Mike’s moves.  If I could be like Mike.”

What do you think of Kurt Rambis as a coach?

(Shaq makes distortion noises over the phone, hangs up and calls back).  “That’s what I like about him, and if you ask me the same question again, I’ll lose another connection.”

You’ve played in all warm cities, do you have enough clothes for Cleveland?

“I have a lot of clothes, I just hope PETA doesn’t get upset when I bring out some of my old stuff.  (Host: You gonna break out the old fur?)  I didn’t use that word!  I just said old stuff.  I just said stuff.”

Rashard Lewis was suspended for taking testosterone, do you think a lot of NBA players are taking performance enhancing steroids?

“I don’t think, I’m gonna go with no.  However, I can say, a lot of guys including myself, we do go in to these GNC stores and for example, we look at a bottle and it says, ‘Fan Man Buster Plus’ and it has a nice little picture on the thing, we’ll buy it without even doing the research or looking at it.  But, I think now guys really have to look and see what’s on the back so we’re not taking anything.  But, again, most people when they read the labels they just buy it, ‘Fat Booty Buster Plus – lose your fat booty in 10 days.’  But, I don’t think the guy was like, ‘Let me use a steroid.’