Shannon Sharpe: “I’m not going to let the final validation, which would be the Hall of Fame, try to convince me otherwise that I wasn’t a good football player.”

In addition to all the hoopla surrounding the Super Bowl this past weekend, there was also a new crop of football players that were selected to be enshrined in Canton in the Pro Football Hall of Fame later this summer. One of those players was not Shannon Sharpe – the longtime tight end for the Denver Broncos and Baltimore Ravens. What’s puzzling to me, many others, and even Sharpe himself is how his numbers absolutely dwarf those of the other 8 tight ends currently enshrined in the Hall. He also was on a number of outstanding teams. In fact, he won 13 straight postseason games in addition to all the individual accolades. His time will come, no doubt. It just wasn’t meant to be this time around I suppose.Sharpe joined 1510 The Score in Denver to talk about being snubbed for the second consecutive time since becoming eligible for nomination to the Hall, what his problems with the voting process are, and why he thinks Peyton Manning continues to be a vastly greater quarterback in the regular season than during the postseason when all the marbles are on the table. 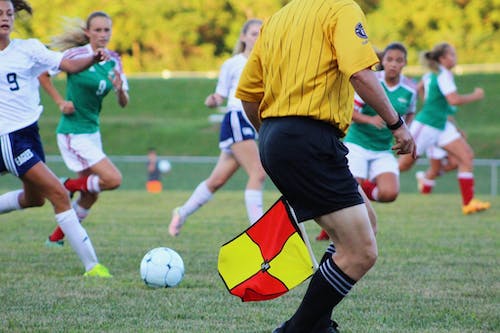 On how he’s feeling after not getting in to the Hall of Fame his second time around:

“Well first and foremost, congratulations to the guys who did get in. I think all the guys are very deserving and disappointed, I think there’s 10 other guys who are even more disappointed than I am…But I told someone this the other day – I’m not going to let the final validation, which would be the Hall of Fame, try to convince me otherwise that I wasn’t a good football player. Because I think the fans in Baltimore and Denver can attest. They appreciated the way I played, I think all my teammates respected the way I played. So I think me not getting in to the Hall the second, third, fourth time is not going to sway the way I think I played for 14 years.”

On if he agrees that his time will eventually come:

“I think it will. Here’s the thing. My only problem is this – you’re either a Hall of Famer or you’re not. It’s as simple as that. To have to wait 20 years then all of a sudden you get in, or to have to wait 15 years because as you go further and further, more modern guys come out. So their numbers look better and better. For the past 6 or 7 years, this is a passing league. I mean, you don’t normally have ten 4,000 yard passers, and Kurt Warner had 3,825 [yards], and he didn’t play the last game. So you wouldn’t normally have 11 4,000 yard passers in one season unless there’s rule changes and everyone’s throwing the football. So when you come out, my 815 is going to look small. Tony is probably going to have 1,100. Jason Witten’s probably going to have 900 or 1,000. I mean, some might say Shannon’s numbers weren’t that good. But I played in an era where they rushed the football. I blocked for 9 1,000 yard rushers in my 14 year career. So, I had a long talk with Cris Carter and he was equally as upset as I was because when you look at it, what else could you have done. Cris Carter is the only receiver right now that has more touchdowns than Walter Payton and Jim Brown. And he didn’t get in; this is his third try. So I just don’t know what they’re looking for. I know one thing, they don’t value the tight end position. I think that’s the biggest thing – they don’t really value that position.”

On if he thinks Peyton Manning has another Super Bowl win in him:

“I think he has 5 more years at the pace he’s on. I think he’s got to get one more. I think he gets one more. But then, under that premise, how do you put him in front of…because here’s the thing Jim (Armstrong), you’ve got some guys coming up for big contracts. Drew Brees, his price just went up $20 million, and Tom Brady, he can say I can’t take less than Peyton Manning because you know what? I’ve got 3 Super Bowls and 2 SB MVPs, and he’s got 1 with a loss. I’ve been four times, he’s been twice, I’ve lost one, he’s lost one…”