Ryan Grant On Team Photo Flap “It’s a tribute to the type of fans we have. How they really do care.”

There are fifteen players on the Green Bay Packers injured reserve who have watched the  season go by as the NFC’s number six seed climbed the mountain all the way to Super Bowl XLV in Dallas. Some of those players on injured reserve include key contributors like running back Ryan Grant, linebacker Nick Barnett and tight-end Jermichael Finley. One sticking point for any member of the Green Bay Packers, starter or non-starter, active player on the 53-man roster or injured reserve player is being in the Super Bowl XLV team photo. For the injured reserve players this wish was not granted at first. The Packers had decided not to bring the injured reserve players along with the team next Monday for the Super Bowl trip. Instead, they intially decided to bring them in next Thursday  and with the team photo slatted for next Tuesday they wouldn’t be involved the team picture.Some of the IR players voiced their opinion about the potential Super Bowl photo snub quickly. Those players were linebacker Nick Barnett and tight-end Jermichael Finley on Twitter. Have no fear Packers fans. After a big outcry in the last 24-hours, Green Bay has decided the team will take their official team photo next Friday with the players from injured reserve being apart of it all like they should be.Ryan Grant joined WSSP in Green Bay on the The Big Show to discuss what he thinks about the whole Green Bay Packers “photo flap” situation where the injured reserved players weren’t allowed in the team photo at first and now are, his thought on the “photo flap” at first, how were the players communicated about not being allowed in the photo originally if they were on IR and did any of the current players call him and say they would stick up for the IR players and not be in the photo until everyone was allowed to be in it. 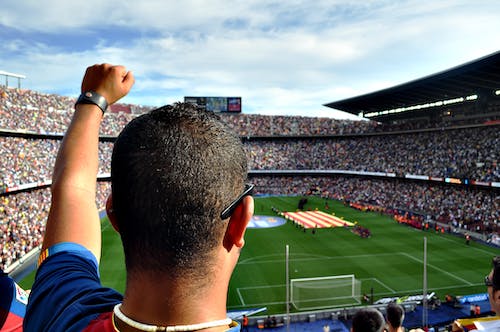 What have you made of the whole Green Bay “photo flap” situation here where the organization first said the injured reserve players weren’t going to be on the Super Bowl XLV photo and now they will be allowed?

“I really think it’s a tribute to the type of fans we have. How they really do care. Honestly, I didn’t know until people started hitting me about it. I didn’t know what was said by Jermichael [Finley] or Nick [Barnett] regarding the Super Bowl picture. I just knew the reaction from the fans. I think at the end of the day ultimately the fans are the ones who got it changed with their level of how upset they were regarding the situation and regarding it not occurring. I think each situation is a little different regarding different teams and stuff like that I understand regarding the schedule and all the stuff and the amount of players that we have you know things were going to be kind of…”

What were your thoughts on it at first? You were okay with not being allowed to be in the picture?

“No not to say I was okay with it, but I didn’t necessarily voice it haha. Of course you want to be a part of that [Super Bowl team photo] and I think we deserve to be a part of it. I understand the nature and business of what we do. Some things are unfortunate and some things necessarily don’t go in the favor of guys who are hurt and I get that. Of course I think that. Some people voice it. I didn’t voice it, but you know I appreciate the fact that guys did and very much appreciate what the fans did. Really like I said ultimately they [Green Bay Packers Fans] got it done.”

How were you guys (IR players) told or communicated to regarding not being allowed in the Super Bowl XLV photo? A meeting? A tweet?

“Actually there was no communication. We were just told that guys if you were traveling with the team you were going to have to go down later. The team [Green Bay Packers] goes down on Monday and all the IR guys are going down on Thursday. That is what I was told. Literally because I…We weren’t told anything about it. I don’t think Nick [Barnett] and them and Jermichael [Finley] were told anything about the actual picture. They might have asked, but I don’t think regarding… because the meeting I was in with the IR guys no one was told. Nothing was said to us about the picture that we weren’t going to be in, we were gonna be in. There was no schedule cause we have different schedules. I’m going down [to Dallas] on my own on Monday, so I can be a part of some of the stuff on Monday. So I won’t have to go down on Thursday.”

So after hearing the itinerary from the team you heard the team’s going down [to Dallas] on Monday. The picture was on Tuesday and I’m [Ryan Grant] not told to come down until Thursday, so I’m not in the team picture?

“Exactly. You know it’s one of those inductive reasonings haha. If you realize that the picture is on a certain day and you guys aren’t coming down until the day after it or two days after you evidently or obviously won’t be a part of it. I’m glad it changed. I think guys it might not be the biggest of deals, but I am glad it got changed and I’m glad I’m gonna be part of it. I think that the guys deserve it. I’m excited. I’m looking forward to it. It’s a big deal. I think it symbolizes as trivial as it is and it’s really minimal at the end of the day guys still need to get it done on the field and those guys will I believe on Sunday. It symbolizes a lot.”

Did any of the current players on the active roster call you and say they were on your side [IR players] and they were going to coach [Mike McCarthy] or Ted Thompson about this matter?

“Not for me personally. I don’t know if the guys did. They might have contacted some of the other guys. No one has contacted me. It’s funny actually because I didn’t even know. You guys told me haha. You guys notified me that they [Green Bay Packers] had changed the rules, but nothing technically has been notified to me about it. I just heard word from the fans.”