The Pittsburgh Steelers have taken the NFL by storm through the first three weeks, winning primarily thanks to a nasty defense that’s giving up a league low 11 points per game. Guys like Troy Polamalu, James Harrison, and LaMarr Woodley get most of the headlines, but every last one of recent Hall of Famer Dick LeBeau’s unit plays an important role. That includes Polamalu’s running mate, Ryan Clark, who you may have recently seen working as a correspondent on Jim Rome’s show. The Steelers face their biggest test of the young season this coming weekend when they host their divisional rivals, the Baltimore Ravens, at Heinz Field.Clark joined Into the Night with Tony Bruno on FOX Sports Radio in Los Angeles to talk about the Steelers’ huge divisional tilt this Sunday against the hated Baltimore Ravens, 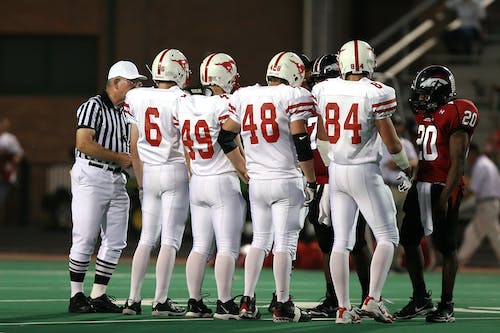 On being able to start the year 3-0 despite playing with their reserve quarterbacks:

“It definitely matters who the quarterback is. The things we’ve lucked out on is our quarterbacks have played well. You know, Dennis starts the first week and plays pretty well, Dennis starts the next week, Charlie finishes the game pretty strong, and then Charlie is lights out against Tampa Bay, putting up 31 points. If the offense puts up 31 points, the defense has to just kind of hold serve, and that’s what we did. Right now it’s a total team effort, special teams, you look at the Tennessee game, we get Antonio Brown to score a touchdown on his first ever NFL play.  That’s big for him, but also for our team. So everybody is working together, things have jelled pretty good for us, now we just got to right now kind of hold serve until Ben comes back.”

On getting by the tough Ravens defense this coming weekend:

“They definitely do. They play good ball. But the thing about this game is as a defense, we need to out-perform their defense. That’s usually what this game comes down to. It’s always a physical matchup, it’s always a game where both teams play technically sound, it’s two well-coached teams. So it’s about which defense can make turnovers, which defense can set their offense up in the best position. And that’s what we feel like. We got into every game with Baltimore feeling like we don’t have to outplay their offense, we have to outplay their defense to put our offense in the best position to score, because you know it’s going to be a low-scoring, physical matchup. And we’re excited about that challenge. “

On just how well the defense is playing at this point:

“I think we’re doing okay. It’s still early in the season, still to early to tell. But the big thing we’ve been trying to work on is finishing games. We had that Atlanta game, we finished strong; Tennessee, they were able to score points in the 4th quarter, get an onside kick, we were able to stop them. So we’re just trying to finish games, and like I said, when you have can score 31 points on offense, and you can even score a touchdown on defense, you don’t have to hold them too low. But this week is going to be the real test, our first division game. I think the big reason why we didn’t make the playoffs last year is because we couldn’t win division games. This is important, it’s big, whether Ben’s playing quarterback or I’m playing quarterback or whoever, we need to win this game, and that’s the way we’re going at it.”

On how big of a distraction the Ben Roethlisberger suspension has been to the team this offseason and to begin the year:

“It really hasn’t been a distraction at all. I mean, you answer a couple of questions about it here and there, but with the way the NFL structures suspensions, he’s not around. It’s not like we have to see him everyday, he has to practice or be on scout team, and then he’s gone for the game. It’s almost like when you lose a guy to IR, he’s not around the building, he can’t be in there. So you can’t feel that sorrow because he can’t be in there with you, or have to talk him into feeling better, because he’s just not there right now. Right now we’re going with the 53 guys that we have and the 45 that are dressing with helmets, so that’s what we do. We don’t really have the opportunity to think about it and soak in it. We just go out every week and try to play.”