In 2011, Ryan Braun signed a deal to stay with the Milwaukee Brewers through the year 2020. He later watched his right-hand man, Prince Fielder, sign a whopping contract to go to Detroit, where the Tigers made the playoffs in his first year last season. Despite how things have worked out in the short-term — with the Brewers not even making the playoffs last year — Braun says he has absolutely no regrets about his decision. Ryan Braun joined ESPN Milwaukee with The D-List to discuss playing in the World Baseball Classic, some of the risks that come with playing in the WBC, what he needs to improve on at this point, the Brewers showing resolve despite not making the playoffs last year, why he has no regrets about signing to play in Milwaukee long-term and why Buster Posey deservedly beat him out for the MVP last year. 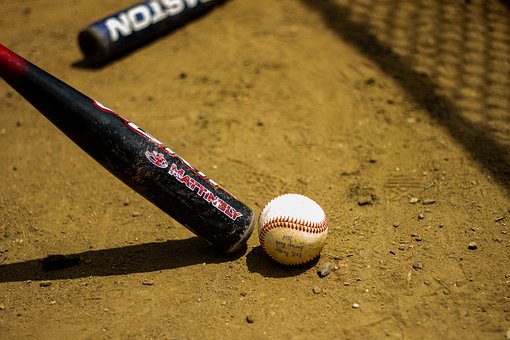 On playing in the World Baseball Classic:

“It really was a no-brainer. It’s just a tremendous honor, first and foremost. It’s exciting to have an opportunity to represent your country, to play meaningful games like that. For me, it’s such a unique opportunity. I loved it last time, had an amazing experience playing for that team.”

On risking injury to play:

“I think everybody understands there’s injury risk inherent in anything you do. You’ve seen guys get hurt, the last couple years in spring training just during infield-outfield drills or running the bases or any number of ways. So injury risk is always a concern, but at the same time it’s such an amazing opportunity.”

What about missing some time of being with your teammates?:

“I think it definitely can have an impact there as far as camaraderie and chemistry and that type of stuff go — especially because I know we have a bunch of guys playing in the World Baseball Classic. I think it’s really important we take advantage of the time we are in camp. We’ll be in regular Brewers spring training for at least the first couple weeks. And then regardless of how well your country does, you’ll have an opportunity to get back to spring training after the World Baseball Classic.”

What do you feel you need to improve on at this point?:

“What isn’t there to improve on? I think I can get better at everything; I really do. I think that there’s always a lot of room for growth. Specifically, defense is just always a priority. … I think I’ve made strides and continue to improve and the goal is to continue to get better there. … Offensively, one of the biggest challenges to me has always been plate discipline. It’s just never something that’s come easily to me, and that’s certainly tested more now than ever because I don’t have Prince [Fielder] hitting behind me.”

What did you learn from last year with the team’s roller-coaster year?:

“I actually don’t think it was that hard because we have a bunch of good guys. When you have good people, you understand that you’re going to deal with adversity in this game. You win and lose as a team. Regardless of what was happening, we were all in it together, but certainly it was frustrating. … We had a lot of games where we put ourselves in position to win and didn’t end up winning. And those games, I think, definitely can take their toll on a team. But I think it was a good sign of our character as a team and our coaching staff, just staying positive, staying optimistic, that we were able to rebound, finish the season strong, and ultimately we had a chance to get in the playoffs, even with four or five games left in the season.”

Fielder left for big money and was in the World Series last year. You signed on to stay in Milwaukee long-term. Do you ever wish you did it differently?:

“No, I wouldn’t change a thing. I love it in Milwaukee. It’s amazing. I think the more time that I’ve spent there, the more I realize how great a situation it really is. An incredibly supportive fan base, great ballpark to play in, weather is never an issue, we’re centrally located as far as travel goes, from the top of the organization — with the ownership on down — we’re committed to winning. … There’s no place I’d rather be.”

On not winning the MVP last year despite some arguing that you had a better year last year than when you won the MVP:

“I mean, yeah, I think you can make that argument. I felt like both years were probably pretty similar. I think Buster was definitely deserving of the MVP this year. One of the biggest differences, again, is that they got to the playoffs and we didn’t. I’ve always said that guys that help their teams get to the playoffs should always deserve that additional credit.”