It’s a fresh start for Roy Williams in Chicago. After two and a half disappointing seasons in Dallas, Williams is reunited in Chicago with Mike Martz, the former first round draft pick’s head coach in Detroit. Williams’ reputation is more or less in shambles as he joins the Chicago Bears, and he sounds both humbled by the struggles he’s endured yet confident that he’s in the right situation to remind people that he can still play. Williams is comfortable with Martz and is confident that he’ll have plenty of opportunities to make plays for him and Jay Cutler. We’ll see if that’s the case, but considering the Bears other options at WR and Martz’s offensive philosophy, Williams could very well surprise folks this year with a nice bounce-back season in the Windy City.Williams joined WSCR in Chicago to talk about why he loves the offensive system of Mike Martz, the up-and-down nature of his career so far, his career not unfolding the way most expected it would after his solid start in Detroit, whether he has much of a relationship with Jay Cutler, the trust and comfort level he has with wide receivers coach Darryl Drake dating back to their time in Austin, how he thinks he’s viewed right now by Bears fans, his disappointing stint in Dallas, why he thinks Cutler’s leadership style can work just fine, and what his individual goals are for the season. 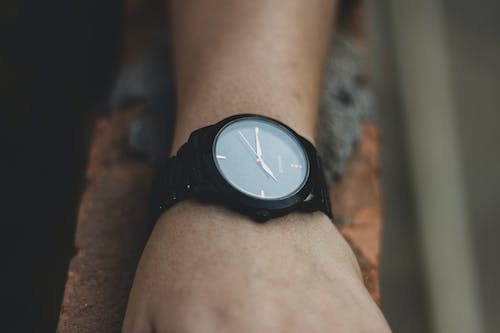 On what he meant when he said that he loves  the Mike Martz system because it’s a ‘thinking man’s system’:

“I mean that’s what the NFL is all about. High school is easy, college gets a little bit more difficult, the NFL should be hard. You hear all the stories…you know, I went through the West Coast system, it’s okay, then I went through Jason Garrett’s system, it’s okay, and Mike Martz’s system — you have to have your head on straight at all times. It’s tough, it’s tough on the offense, so I know it’s tough for the defense.”

On his career not unfolding the way most expected it would after his solid start in Detroit:

“Injuries set me back, and then my year with Martz I had 1300 yards, people don’t know that I was second in the NFL in yards and that was my Pro Bowl year. After that it just hasn’t been where it needs to be. Like I said, I’ll take responsibility for that, I won’t blame anyone else but myself. But I haven’t lost a step, haven’t lost anything, just need my main man Martz and we’ll see what happens this year.”

Did he have much of a relationship with Jay Cutler or seen him play much prior to this year:

“I saw him when he played with Denver, saw him throughout the playoffs. Everyone’s hard on his receiving corps, but this is the same team that went to the NFC Championship so they don’t have to be big. I know he wants a big receiver and he has one, but at the same time, he went far with the Smurfs; I call the guys the Smurfs. But we’re a good receiving corps, we’ve just got to get a little bit better and get one more game.”

On the trust he has with wide receivers coach Darryl Drake:

“Coach Drake that’s my father away from home. He coached me all throughout college all four years, he was one of the main reasons why I came back for my fourth year. Extremely talented as a coach, and I’m happy to be reunited with him because he trusts me as well. He knows me, I know him. But he’s crazy though. He’s crazy.”

How he thinks he’s viewed in the eyes of Bears’ fans:

“I think it’s 50-50. I’ve got some fans who love me and some fans who see my Dallas experience as ‘why did we get this guy?’ or I heard one guy say ‘I wish we would have gotten Sims-Walker.’ And that’s fine. That’s fine. I can live with that. I can see why fans would be that way, just hopefully by the end of February it’s 100 percent ‘we love this guy.’”

On how he would characterize his time in Dallas:

“It was tough. It was fun being home, having the star on the side of the helmet, that was my dream team. I just think the timing was wrong for me to be there. I’m not taking anything away from that team, they’re a good football team. It was fun, but it’s a business, I gotta come out here and do what I’m supposed to do, and I know Martz is going to give me that chance.”

On what he thinks of Jay Cutler’s laid-back personality and whether he thinks Cutler’s got what it takes as a leader:

“Just what you said, a laid back guy. You don’t have to be a ‘rah-rah guy’ to be a leader. You can be a leader by example, and you don’t have to yell at guys or cuss guys out; just pat them on the butt and let them know what’s going on and move on to the next play. And that’s what he does. I’ve seen him get mad a couple times though, and that’s fine to be a little fiery guy. You’ve got to have that sometimes.”

Whether he has any goals this year:

“You know what, I just want to make the plays — the big plays, the small plays, get a couple first downs, and just try to set this stadium on fire and help this team win games.”