Roger Clemens: “We’ve had to take it on the chin a little bit but we will have our chance to talk.”

When Roger Clemens appeared before a Congressional committee on the use of steroids in baseball back in he was unconvincing in his testimony before Congress, which opened the door up for federal perjury charges.  I am not sure why Clemens took the huge risk by appearing and answering questions, but I guess that is what you do when you are a major league baseball hero trying to save face.  Andy Pettitte was smart to stay away and let Clemens be the lightning rod.  I am not sure if he ever used performance enhancing drugs, but I do know that he had to have lied about something.  The government is great at wasting time, but when it comes to lying under oath, they take it serious.  This was a perjury trap.  Someone was going to walk away under the cloud of perjury, whether it was Clemens or Brian McNamee.  The trial is set to begin in July, so I guess we will find out for sure this summer.Roger Clemens joined Mike and Mike on ESPN Radio to talk about what he has been up to lately and if he can give an update on where things stand with the perjury trial, how much of his time is geared towards preparing for the perjury trial, and if getting into the Hall of Fame is important to him and whether he thinks he will. 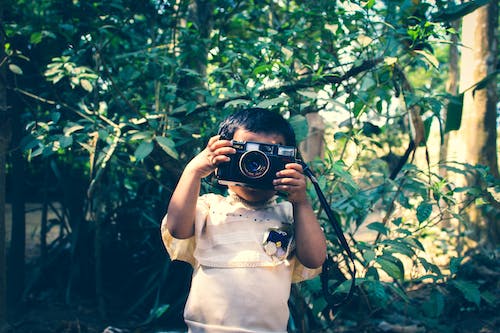 What he has been up to lately and if he can give an update on where things stand with the perjury trial:

“Well Mike, just the opposite.  I have been more visible than ever, I mean, like I said, I need to unretire to slow down again.  It has been real busy with, obviously, with baseball season here.  We got a sign in the kitchen that says that ‘We interrupt this family for baseball season’ and that is exactly what we do.  My oldest just got in last night, Oklahoma City Red Hawks played the Astros’ parent club here, they are going to play the Red Sox this evening.  I am going to take a few of the PGA guys over to do that and enjoy that game, the Final Four is here and I am going to get back Monday, I leave late tonight, we are going to play in the Michael Jordan event out in Las Vegas and try and win money for the foundation then I will be back for Monday’s Final Four.  That is what we have been doing.  I have been very active.  Our date has been up as far as our trial goes, I think, if it doesn’t get delayed again.  I can’t say much about it but we are going to get our chance to talk, finally.”

How much of his time is geared towards preparing for the perjury trial:

“Well we have done a lot.  I have got a great team that goes out, they are doing their job, we are going about it the right way.  I mean, that is really all I can say about it.  I would not want to go any further than that.  They are doing a great job and we are going about it the right way.  We have had a ton of support.  Everybody around me has been great, the fans, everybody.  So we will get our chance.  We have had to take it on the chin a little bit but we will have our chance to talk.”

How closely he is following the Barry Bonds trial:

“I am not.  I know it is going on but I am not following it.  Like I said, I have been extremely busy and doing things I love to do like I am doing in the community and with the foundation and everything like that.”

If he ever thought to himself had he not fought the Mitchell Report he would not be in the current situation:

“Well I think there were some guys that were named in there who were in the same situation and they wanted to do that.  Some things were said about them that was not true also and they want that way, but where we are at right now, and like I said, we are going forward and having an opportunity to talk.”

Whether the Mitchell Report ended his career prematurely:

“Well I don’t know about that.  I just know that the three times I unretired to come back, if the right people did not call and personally we had a great talk and discussion about doing it.  If those certain people did not call me and ask me, and a few teammates that I care greatly about I probably would not have done it.  Just like when I did come back the questions had to do with your health, and I have always taken great care of myself and great care of my body, but I always worry.  That was my most disappointing thing is when I would come back and if I would have an injury of some sort…I am a power pitcher not a power thrower, so even if I did not have the power late in my career I could still pitch and that is the way I started in high school and college…I got a little bit stronger and bigger that way to be able to get a little power in my legs, whatever that might have been, but that was my biggest concern every year I came back, is that the time I did have to miss a start or something you just feel you are not holding up your end of the deal, so you know that was my deal.  I had to go out, I knew I needed a full month to hit the road, I still enjoy running distance and when I say distance it is about 3-4 miles tops.  I am still a Clydesdale…”

If getting into the Hall of Fame is important to him and whether he thinks he will:

“The Hall of Fame is the final stopping place for all the guys.  I know a lot of people at the Hall of Fame, anytime I get an opportunity to be in Cooperstown I take my group of people, whether it be my Little League team or whatever, I took them by there, but I don’t have a say in it.  I am not going to go around and shake people’s hand or be introduced as a Hall of Famer…So when you do all the work that you done, in the major leagues, I think I did a great job and tried to be a great ambassador to major league baseball.  This is a special thing I got today for TJ, I got him one of our USA jerseys from when we played on Team .