Rockies Outfielder Carlos Gonzalez: If We Stay Healthy, A Lot of Things are Going to be Different This Year

The Colorado Rockies were abysmal last year, dropping 98 games and doing so while folks around the country wondered what in the world they were attempting with a four-man rotation. Injuries certainly didn’t help their cause, and left fielder Carlos Gonzalez says maintaining a healthy roster is the key for a different kind of season in Carlos Gonzalez joined KOA in Denver with Dave Logan and Dave Krieger to discuss the atmosphere this spring with a new Rockies manager in Walt Weiss, playing exclusively in left field, the Rockies bouncing back from a terrible season, the importance of having Troy Tulowitzki back, who the team’s ace might be, his goals individually and why the team can compete for the postseason. 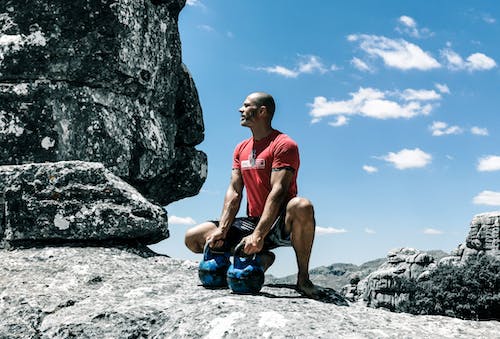 What is the atmosphere in the clubhouse like with Walt Weiss as the manager and other former Rockies coaching?:

“They’re great. They played for the Rockies before and know what it takes to be in the World Series and in the playoffs. They were great players. They’re helping a lot of young guys and obviously we have a lot of young guys on our team. We’re pretty happy with where we’re at right now.”

Last year was the first year you exclusively played in left field. What’s that process been like?:

“You know what? I’m always trying to get ready for my team. Like you said, it was my first time playing left field. It takes time to adjust to the position, but when you play center field, you can play any other position. … Right now I’m feeling a lot better and hopefully I can still play really good defense for my team.”

What kind of attitude do you enter this year with after a rough year last year? And what are a couple things this team needs to do to right the ship?:

“It’s tough as a player, but it’s even harder as a manager when you don’t have your important pieces in the lineup. We were hurt when all those guys landed on the DL, and it’s hard to compete that way. That’s why we all feel excited this year, because now they’re back and they’re all healthy. … We’re all ready to compete.”

How important is it for you to have Troy Tulowitzki back in the lineup?:

“To me, he’s the most important player for our team. He’s the leader. Not having him in the lineup hurt a lot. A lot of teams would like to have Tulowitzki in the lineup every day, and especially for the Rockies. As the third hitter, I always want to see that guy hitting behind me, because he’s really good offensively. But especially defensively, he’s in the middle of the field, and he’s the one who takes care of the whole infield. It’s a huge change when he’s not in the lineup.”

Who do you think could be the ace for you guys this year, that you were maybe lacking last season?:

“We have three really good guys, and hopefully they can all bring their A-game. … They have pretty good stuff, but it’s difficult when you don’t have those guys, when they’re hurt. That’s why we all feel pretty good, because we have those guys back.”

What are you looking to improve on individually?:

“Well, the No. 1 thing for me this year is to try to stay healthy. … My best year was in 2010, but I got almost like 600 at-bats. I was in the lineup every day, and that’s a huge difference. … I always focus on getting better on every single aspect. This year I’ve worked really hard on my speed and just trying to get on base and try to get that extra base every time to get more opportunities for the guys hitting behind me.”
On the Rockies attempting some quirky things like have a front-office exec in the clubhouse or last year’s experiment

with pitch counts and a four-man rotation:

“You know what? When you have a bad year and things go wrong, you have to try a lot of different things. That’s what the Rockies are doing. I don’t have a problem with that. I think we just have to get the job done. If you want to see a couple changes, we just have to go out there and compete every night. … What they’re doing is just to help the ball club. Hopefully this year is a better year and we get to the postseason.”

Realistically, can this team make the postseason?:

“Of course. We have good players. The key for us is just to stay healthy and compete together. We have really good players; we have gamers. If we go out there every night, a lot of things are going to be different this year.”