For Reggie McKenzie the journey to become a general manager in the NFL was long and it was tough.After 18 years with the Packers, he is finally getting his shot. And it’s with the franchise where he first began his NFL career as a player. McKenzie is well respected around the NFL and did a great job as Ted Thompson’s right hand man in Green Bay. He learned from one of the brightest GM’s and came from one of the most stable franchises in the NFL. It didn’t take McKenzie long to make his first move as a GM. It was a move that needed to be made. Yesterday, McKenzie fired Hue Jackson. The Raiders needed a new voice, they needed some stability, and they needed to show the head coach that he was not going to have the power. McKenzie also needed his own guy, not the Late Al Davis’ guy. McKenzie is trying to change things up in Raider Nation and it’s the kind of facelift that has been needed for quite some time.Reggie McKenzie joined 95.7 the Game in SF with the Drive to talk about how it feels to be the General Manager of the Raiders, what he needed to hear from the Raiders to leave Green Bay, if he needed to have control over the roster, whether or not Hue Jackson had any chance of saving his job, what they plan on doing at quarterback this offseason, and what his message to Raider nation is. 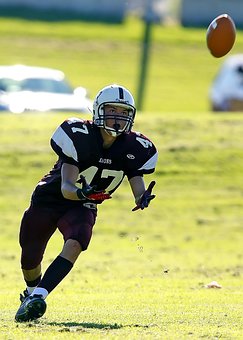 To talk about how it feels to be the General Manager of the Raiders:

“I will tell you what? It’s a surreal feeling. Coming home is always good but when you’re welcomed home and when they want you to come back that makes the feeling even greater. I will tell you they always say once a Raider always a Raider and that’s definitely come true in my sense.”

What he needed to hear from the Raiders to leave Green Bay:

“I just need to know not only the direction but I need to hear directly from Mark Davis the vision he has. It coincided directly with my vision for this Raider team. He’s gonna do everything in his power to make sure the plan is accomplished. We are totally on board with this thing together and we’re gonna work hard to get this thing rolling.”

Whether or not he needed full control of the roster to leave Green Bay:

“The Green Bay Packers wouldn’t have allowed me the opportunity to come here if I did not. We have one guy by the name of Ted Thompson who has full control in Green Bay and I’m working right alongside as his right hand. In his mind it would’ve been a lateral move if not. To me it was academic. That’s neither here nor there. Mark Davis told me from the first time we spoke that I would have the full authority to run football operations.”

If Hue Jackson had any chance to save his job:

What they plan on doing at quarterback and in this offseason:

“We’re just now in the process of the evaluation and figure out how we’re gonna move forward with the roster. Make no bones about it, Carson Palmer is our quarterback going into this offseason. That just is. Trying to move Carson and doing all this, that is totally, totally premature.”

What his message is to Raider Nation:

“My message to Raider Nation is that the Raiders number one we will get back to getting to championships. We’re going to dedicate ourselves and work hard and do it the way it’s supposed to be done. We’re gonna get as many good football players and get these guys playing hard, the way the Raiders are supposed to play. You hear all these issues. I get tired of people talking about the Raiders in a negative light. The whole penalties thing, hopefully that’s going to be a thing of old. I want to get a new coach in here, get these players working altogether for one purpose and that’s to win. We need to win.Raider Nation come out here in full support because we’re moving forward and we’re gonna branch off into this new era. We’re gonna be moving now. There’s a lot of excitement now. I’m fired up, I’ve got all kinds of support from the old Raiders coming to support me and we can’t wait to get started.”