Ray Allen is now not only the sweetest shooting player in NBA history, he’s also the most prolific outside shooter in NBA history.  On Thursday against the Lakers, Ray Allen broke Reggie Miller’s record of 2,560 three-pointers.  At age 35, and in his 16th season, Ray Allen is shooting a career high 45.6% from the three-point line.  He Still Got Game and there’s no reason to think that Ray Allen can’t continue at this level for another 2-4 years.Ray Allen joined WEEI in Boston to talk about if he was able to get some sleep the night before the Lakers game, If Reggie Miller really wanted him to break his record, whether he would like to see someone break his record, and if it’s possible that his record won’t be broken for a long time. 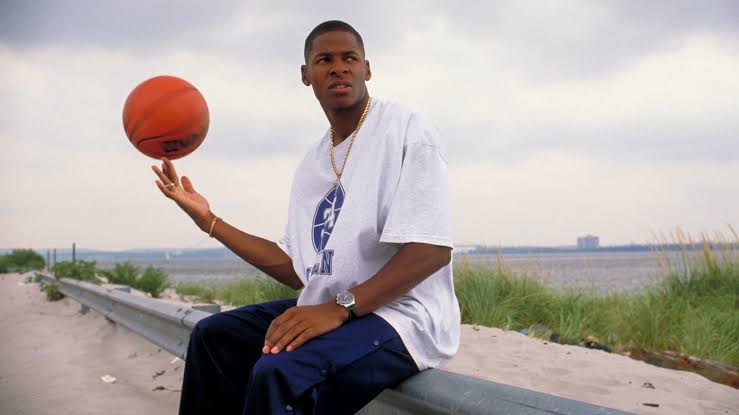 If he was able to get some sleep the night before the Lakers game:

“Well the night before I definitely didn’t sleep.  It was just everything.  You’re talking about what is going on.  We had a couple of people that came in town, long-time friends, so just sitting up and kind of swapping stories with friends and just making arrangements for the gameday was somewhat more normal than on a regular basis but last night I really didn’t sleep because I didn’t get home until about 2,3ish, just sat up with a couple of buddies, we just talked, nothing really basketball related, I guess we did talk basketball.  We talked life.  You know it is rare that you get some of my good friends in front of me where we could sit around and talk.”

Whether he was worried about a letdown in the 2nd half:

“I was concerned with so much attention, so much adulation going towards me, everybody was talking about this going into the night but I thought it worked out into my favor because there was so much momentum that went into our favor and we played well up until that point and even going into the half, I thought we didn’t close the second quarter out that well going into the half but we still had a sizeable lead and then third quarter we just had a lull and it was almost like we were a couple of bodies short last night.  Nate got hurt, he didn’t come back in the second half so we definitely were extended yesterday so we got to get our guys a little healthier.”

If Reggie Miller really wanted him to break his record:

“That is like the alter ego on the golf course when you hit a great shot or make a birdie and the real guy says, ‘Oh great shot’ but his alter ego comes out and he says, ‘Damn it!’”

Whether he would like to see someone break his record:

“The human part of me says, ‘No’ but I guess it depends who it is.  Who it ends up being…  It is just like anything when you see any major athlete or championship, you look at the Green Bay Packers and everybody was happy for the Packers because Aaron Rodgers is a good guy, talk about some of the people that were able to win and you saw on the spotlight on the national stage, you are happy for people that you know are good people and you are like, ‘Ok I feel good about that because he was a pretty good dude.’  I think that is the sentiment of people around, you want to see good things happen to good people so if it comes down to it somebody that was great and he set a great example his whole career and he made the league a better place from the time he got into it to the time that he breaks any record that is when you are like, man I am really rooting for that guy because he has been a solid character and good for the game most of his career, so if it is somebody like that I am all for it.’”

If it is possible that nobody will break his record for a very long time:

“Well a lot of people have been saying that but I was never worried about how long it stands or who ultimately ends up breaking it.  It was a moment that for this particular space and time I can say that I hold that record and I hold it and people are saying that based on who is behind me.  Jason Kidd is behind me.  He is about 1,000 threes behind me, I don’t know that number I just threw it up in the air.  You go down the list and there is not too many guys that will be close.  I think the game changes around a lot so it will be interesting.  The three-point line is definitely a weapon you need to have on your team so there will be a lot of young guys that grow up and if they learn to shoot, one thing that we say about shooting in this league is that it is a lost art.  You don’t look around and see a lot of great shooters and guys that can play the game.  Use it as a weapon and not just shooting a three-pointer.  There is not just a lot of guys out there but for the most part records are made to be broken.  Like I said, hopefully when that moment comes I will be able to celebrate with the guy that does it because not only is he a good player he is a good person as well.”