I don’t know about you, but I’ve never been one to turn down or bash a free meal. I’d like to think if I was a millionaire, that policy — particularly the bashing part — wouldn’t change. Apparently for Randy Moss, that’s exactly what happened. As was first reported by Michael Silver of Yahoo, Moss threw a bit of a tantrum during a post-practice Friday dinner, chastising the caterer loudly in front of his teammates. Understandably, the caterers, were embarrassed when, reportedly, Moss said something to the effect that he used to eat food of such variety before he got paid … perhaps in straight cash. Truth be told, Moss should be embarrassed at his own behavior, though that seems highly unlikely at this point. Gus Tinucci, co-owner of Tinucci’s Restaurant and Catering, joined WSCR in Chicago with Boers and Bernstein to discuss what he was serving, what happened with Randy Moss, what Moss said, his prior experiences in catering such events for the Vikings, how Moss never even tried the food and the aftermath of Moss’ debacle. 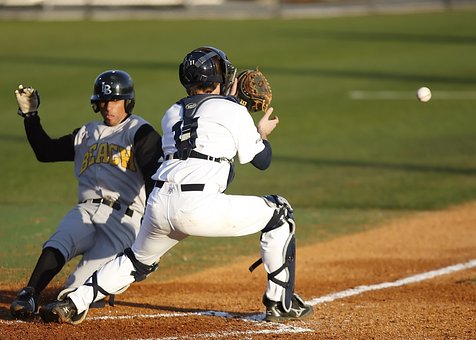 On what he was serving:

“The Vikings ordered up barbecued pork ribs and baked chicken and a round of beef and then they also had some side dishes with it and some pasta and potatoes and a dessert tray.”

On how it played out:

“I was there, you bet. Me and one of my co-workers … we were there. Randy came in and we started serving at 1 o’clock. About three minutes after one, I was carving some beef up for a couple of the players and all of the sudden I heard all this racket and looked up and sure enough it was Randy Moss.”

On what was said:

“You’re not on satellite are you? … To clean it up, I guess, he said, ‘What’s this crap?’ He said, ‘I wouldn’t feed this blank to my dog.’ He was very loud. Everybody that was in the room heard it. He didn’t eat. One of the guys, I did hear somebody say, ‘Randy, shut up,’ whatever. But that was about it. It was very quiet and that was about the extent of my run-in with him. I was not right next to him or anything but, boy, he sure made enough noise.”

On prior experiences in catering for the Vikings:

“This was probably our fifth time for the Vikings. It’s been a couple years since we did it, but we were invited back and we were thrilled to be there and it sure made us feel a little uncomfortable at first. The guys that hired us came up to us right away and said, ‘You know what? Don’t worry about it. Don’t listen to him.’”

On Moss not trying the food:

“No. Nope. I’ve heard that he went back to his locker and said something to the effect that he doesn’t need to eat that crap when he’s got as much money as he has.”

On whether he’d like to work with Vikings again:

“We sure hope so. We didn’t make a stink that day. We just let it run off our back. I was their customer. I was invited there and I was just there to do my job. I didn’t say a word to Randy. I wanted to go back. It’s a nice gig. … When I got back to our main store, I told my brothers, who are partners, and I told them what happened. … I said, ‘I don’t want to goof this up.’ I don’t know who leaked it to the press, but we kept it tight-lipped because, like I say, we want to go back and do it for the Vikes.”