So, Quentin Richardson and Dwyane Wade are apparently very close friends.  Is this all part of Pat Riley’s plan to try and please Wade, just to sucker him in to signing a contract next summer?  Either way, it’s not good enough Pat.  You’ll have to do better than Q-Rich.  Will Richardson help this team get better?  Maybe a tiny bit, but it’ll be very marginal.  It’ll be a bit of a catch-22 next summer for Miami: they’ll tell free agents to come and play with Wade, but Dwyane won’t sign until some solid names have been inked.  Unfortunately for those fans who rarely show up in South Beach, the man who was traded four times this offseason will not be enough to please Flash.  Richardson joined WQAM in Miami to discuss what it’s been like to be dealt four times in seven weeks, what he and Wade have talked about the last few years, and who he is off the court. 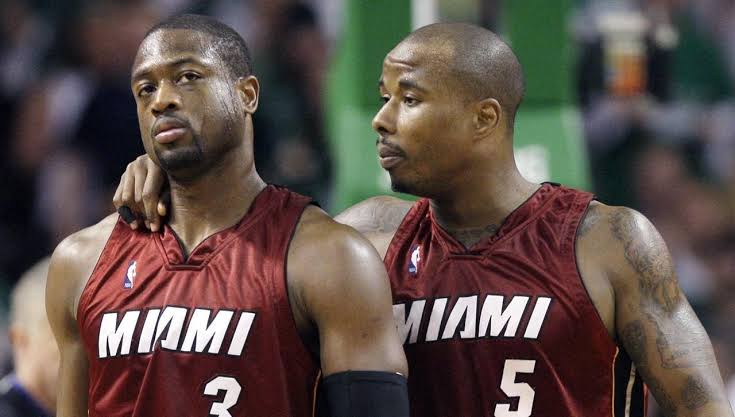 On how crazy it’s been to be dealt four times:

“The craziest thing, I get asked a lot about that but to be honest, it’s just been a lot of paper shuffling.  I haven’t had to go many places at all – most of the time I’ve been in Chicago when everything’s been taken place.  I’ve got a great agent, Jeff Wechsler, he’s actually from here in Miami, so I knew he would do the best job possible to get me in the best situation, so I was just confident in that.”

On what it means to me playing with Dwyane Wade:

“Aside from the fact that he’s one of the best players in the NBA, it’s somebody that I have a personal relationship, I’ve been knowing him since he was younger.  We both know each other on a friendship level where we a lot like brothers, and that comfort zone alone is a great place to be.  Just growing up, ever since we’ve been in the league, we always talk about being able to play with each other and this is finally a situation that presented itself.”

On what he likes to do off the court:

“I’m a laid back guy, likes to crack jokes, have a lot of fun, loves comedy movies, loves to watch movies, bowling, video games.  I constantly beat Dorell Wright in (inaudible) games; I just beat him before I came out here so you can ask him about that next time you see him.”