The Major League Baseball calendar has now flipped to September. When it comes to this month of baseball, it’s all about pitching. That’s one of the reasons why the Phillies have to be considered the favorite to win the World Series for the second time in four years. Of course Philadelphia has two former Cy Young winners with Roy Halladay and Cliff Lee at the top of the rotation, but they also have Cole Hamels to give them the best trio the game has to offer.Hamels has had some ups and downs since his phenomena postseason and has been greeted by a chorus of boos on his own home field on more than one occasion, but he has found his form again this season and remains one of the best pitchers in the National League. There is no potential playoff team that can run out and toss with the Phillies and with the addition of Hunter Pence at the deadline to help out the offense, it’s hard to see any team beating Philadelphia in the postseason. 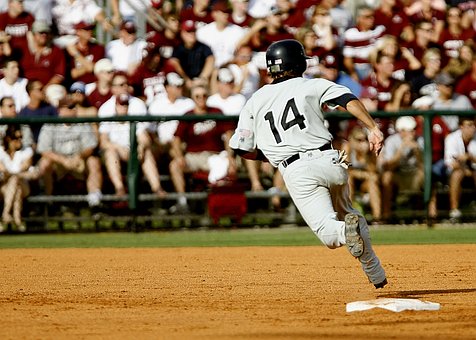 Cole Hamels joined The Dan Patrick Show to talk about his upcoming fantasy football draft and who he will target with the first pick, how good it felt to get back out on the field against the Cincinnati Reds after a stint on the DL, whether or not he thinks a pitcher should also be the MVP, and how much it bothers him when a batter stands at the plate and watches his home run.

Who he plans on taking first overall in his fantasy football draft:

“I think I’m probably gonna take Adrian Peterson. I think he’s probably the most legit running back. I know I’m gonna get my numbers, he doesn’t really get hurt, and right now he doesn’t have a big, red check mark next to his name that says injury update. I’m pretty good with that one.”

How it felt to pitch coming off the DL:

“It felt really good just to get back in the action. I was sitting around for probably about 16 days. I wanted to make a start but I just knew that we’re just trying to make sure everything is going well because of the fact that we are so close to the postseason. We’d rather get me and all of us pitchers some rest knowing that we have 33 games in 31 days. I think we got enough rest, we’re gonna have a tough couple of weeks, and they just want us in the best shape to knock down the door and get to the postseason.”

Whether or not he thinks a pitcher should also be the MVP:

“I don’t just for the fact for the Cy Young. That’s the pitcher’s MVP is the Cy Young. I think that’s where it is. Before they had the Cy Young I could 100 percent guarantee that pitchers should have the opportunity to win MVP but since they’ve come out with the Cy Young Award that’s the pitcher’s MVP. I think that’s what it should go towards. We only play once every five days and I don’t know how much we can affect a team by winning all 33 or 34 starts because you still have to win 90 something games to make the postseason. You need an everyday player to really go out there and play 140 to 150 games to really be a sorta MVP candidate.”

What angers him more as a pitcher: A batter celebrating while running the bases after a home run or a batter that poses and watches his home run at the plate?

“Definitely the guy that stands and watches. Hitting a home run, say it’s a walk-off or a big situation, there is time for him to celebrate but I think it’s a moment where you go and celebrate with your team because that is the whole aspect. When you hit a home run you have to act like you’ve done it. I think that’s where when guys hit it just run around the bases. You can celebrate when you get there in the dugout but when you are standing there and doing some sort of pimp job, yeah I’d be very frustrated and I definitely would want to throw at you next time.”