Stewart Cink: We Need Tiger To Get Healthy and Play Great Again

The U.S. Open and golf in general took a big hit last week when Tiger Woods announced via Twitter that he will not be playing in this year’s Open due to his knee injury. Woods said he’ll be frustrated in the short-term but it’s the best long-term plan. Despite the fact that other golfers are actually winning big tournaments now, at least one of his fellow golfers agrees that he needs to get healthy and play well again. Stewart Cink, a PGA Tour veteran who has played with — in the Ryder Cup and such — and against Tiger says that it doesn’t matter what Woods is ranked in the world, that he drives the bus in terms of the sport’s popularity. 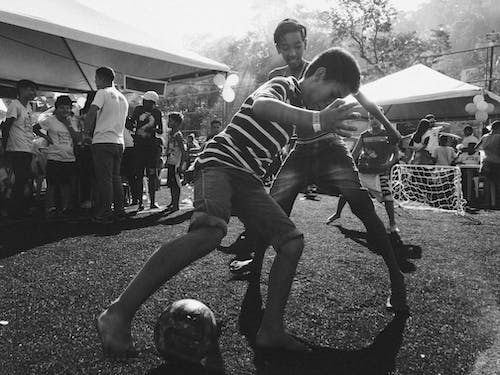 Personally, whether he plays or not doesn’t affect me. I’m going to watch portions of even the smallest tournaments just because I like golf. But what say you? Will you watch the U.S. Open this week or weekend? How many of you would have watched if Tiger was playing, but won’t even consider it at this point?

Stewart Cink joined Sporting News Radio with Two Live Stews to discuss his use of Twitter to connect with fans, the upcoming U.S. Open, what it means to not have Tiger Woods playing, if he buys the theories that he’s putting too much torque on the left knee and what advice he’d give to the average golfer.

On being the most followed golfer on Twitter with over 1 million followers:

“I feel like, as a golfer, it’s kind of hard to get your personality across to the fans using the telecast. It’s always good to keep your emotions in check so that translates to bore. I wanted to use Twitter to sort of let people know I’m a person, too. I’ve got a personality and I’ve got a lot in common with them, too.”

Previewing the U.S. Open at The Congressional:

“I can’t really give you a real good preview because I haven’t been up there since about six years ago. But, it’s a big course, it’ll be narrow, there’s a lot of elevation changes, the greens will be severe. … It’ll be a grueling test. It’ll be hot and pars will be at a premium. There will be a lot of holes where you need to save par with your wedge and your putter.”

Where is Tiger Woods at in terms of his future in golf?:

“I don’t really know how to answer that because I don’t know the extent of that injury. One thing I do know is it must be pretty bad or he would’ve attempted to play. Just to know that he’s not playing at all, that tells you something. Will it last a long time? There’s no way for any of us to know that unless you’ve checked his knee out or whatever’s hurting. … I know we’re going to miss him when he’s gone because Tiger Woods drives the bus in terms of the popularity of golf. It doesn’t matter what he’s ranked, he’s going to be driving the bus until he retires. We need him to come back out there and be healthy and play great again.”

Do you buy into those saying he’s putting too much pressure on his left knee?:

“If that’s the case then all of us would have knee problems because we all put a lot of torque on our knees. As you know, guys can all do the same thing and something’s going to hurt on me that doesn’t hurt on you, and vice versa. It’s not always going to affect everybody the same way, but eventually we do know that the golf swing is not natural and if you repeat it a lot of times over the years, eventually something’s going to break down.”

His best golf tip for the average weekend player:

“You’ve got to practice that short game — getting out of the bunkers and chipping up on the green. If you can learn, instead of making doubles from around the green, just making bogeys, where you can get on the green in one and then two-putt at the worst, that’s going to shave strokes off like you wouldn’t believe.”