Pete Rose was one of the greatest hitters in the history of Major League Baseball, but he doesn’t get that kind of recognition and he is not a Hall-Of-Famer because of the issues he had with gambling off the diamond. Rose should never be a Hall-Of-Famer because of the disgraceful things he did off the diamond, but there is no denying that he had one of the best stick in Major League history. Rose has a unique story and it’s a compelling story and now he has a documentary that focuses on just his baseball prowess. For the first time a documentary will go past the gambling issues and focus on his hitting, base running, fielding, and his three World Series titles that he won in two decades on the diamond.Pete Rose joined KHTK in Sacramento with the Rise Guys to talk about his documentary that is now out, what happened on the play when he ran over Ray Fosse, what he thinks about Albert Pujols and his contract demands, and who’s game resembles his the most. 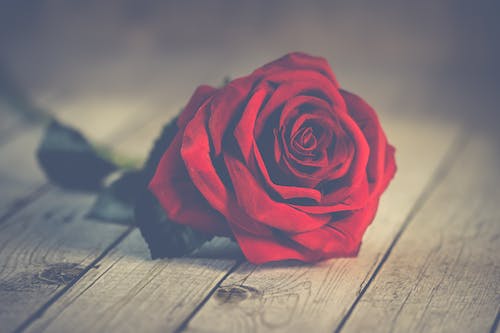 On the documentary about him:

“Correct. They came to me and they said they wanted to do a baseball documentary because nobody has ever talked with me about baseball. They want to talk about being suspended, reinstatement, they want to talk about gambling, and as far as I’m concerned that’s all old news and they just wanted to talk about baseball. It was fun for me to sit down for five or six days and five hours at a time and reminisce about Willie Mays, Hank Aaron, Stan Musial, and playing with (Johnny) Bench and (Joe) Morgan, Mike Schmidt, Steve Carlton, and Tom Seaver. I played with so many Hall-Of-Famers and I played at a great time in the 60’s and 70’s and I even got to play in the 80’s so I got to play against so many great players. It was fun to play against them, it was fun to sit down and talk about them and put it on film. To tell you the truth it’s more of a love story between myself and my father. I hope kids today have the same relationship with their dad that I did because I think we’re getting away from that a little bit in this country. My father made me everything I became as a baseball player. Just because of his hard work, his dedication, his making me practice, and being on time, and different things like that. I was very lucky because I had a father who was an athlete. I was his ball boy on his basketball team, bat boy on his baseball team, and water boy on his football team. I was always exposed to sports and naturally loved him. Back in the 50’s that’s all we had to do was play sports. We didn’t have I-pads, I-phones, computers, and stuff like that. We had baseball gloves, bats, balls, and footballs.”

What happened on the play when Ray Fosse was injured:

“Well Clyde Wright was pitching, Jim Hickman was hitting, and Amos Otis was playing centerfield and you guys are wrong and I don’t quite understand it. For the last five or six years, for some unknown reason Ray Fosse is really mad at me. I mean he was at my house the night before the game. I took him and Sam McDowell out to eat and now he says he didn’t even go to my house. I didn’t do anything dirty. I actually went over him and tagged the plate with my right hand, but he had the plate blocked, and my knee hit his shoulder. No one will ever tell you this, but I missed the next three games of the season and he didn’t miss any. To be honest with you he had a better second half than he had a first half, but yet I’m accused of ruining his career. He went out with me and he asked me every question about Johnny Bench in the world because he was the next coming of Johnny Bench. When I was the manager of the Reds and we came into to town and he was in the speakers bureau for Oakland, he’d come over every time we were in town and sit in my office and talk and reminisce about old times, but now all of the sudden he won’t even do a card show with me. He won’t even do a card show with me because he’s mad at me and I don’t even know what the heck happened there.”

“Albert is going to test himself now because some guys can go through free agency and not have a good year. I doubt if Albert is one of those, but you’re gambling a little bit because what happens if he gets hurt this year or he hits .240 this year and does what an (Chase) Utley did last year and has a bad year and there’s no reason for it. I doubt if Albert would do that, but if someone offers me in the neighborhood of 200 million dollars for eight years, I’m gonna have a hard time not signing it unless you just want to say I’m king of the mountain. I think A-Rod’s contract says that if someone gets more than him then he gets a dollar more than that someone. So A-Rod was probably rooting for him to get 30 million because A-Rod would’ve gotten a five million dollar contract just for going out with Carmen Electra.”

Who he admires nowadays in baseball:

“There’s a lot of them and San Francisco has some of them. Listen guys there are a lot of guys that really play hard today but we don’t want to give them credit. We would rather talk about the guys that are on drugs, the guy is late, the guy is doing this or that, but there are a lot of guys that play hard in today’s game. Isn’t it amazing how most of the guys that do that are on good teams. You don’t hear about anybody on the Cardinals, the Yankees, the Red Sox, or the Giants being late to practice, missing practice, or not playing their position. It comes from leadership in the dugout. A player that reminds me of myself without being a switch batter is Derek Jeter. He goes to the ballpark every day, he plays every day, he puts the ball in play, he’s a winner, he plays good defense, he runs the bases good, and he’s fun to be around. That’s the type of player I was. I wish I would’ve made Jeter type money, but I wouldn’t trade places with Derek Jeter because I had a lot of fun playing against Willie Mays, Willie McCovey, and Gaylord Perry spitting on the ball. He says he didn’t spit on the ball. He spit on the ball.”