He’s not a great guy and he will never enter the Hall of Fame as long as Bud Selig is commissioner, but Pete Rose actually did something noteworthy last weekend. A funny thing happened on the way to celebrating the 25th anniversary of Rose’s record setting all-time hit (4192 to pass Ty Cobb) – he got real. Rose got lost in the disingenuous  actions and pleas for attention of the last 20 years. He found himself again on Saturday night in a hotel convention room at a party for him attended by many of his former teammates. Pete Rose, the tough guy, broke down. Former Cincinnati Reds player and manager Pete Rose, after celebrating the 25th anniversary of his record-setting 4,192nd hit, joined Waddle and Silvy on ESPN Chicago to discuss how this past weekend was like heaven for him, what advice he’d give Roger Clemens, how the Pete Rose became so emotional for him, and if he thinks he’s any closer to the Hall of Fame. 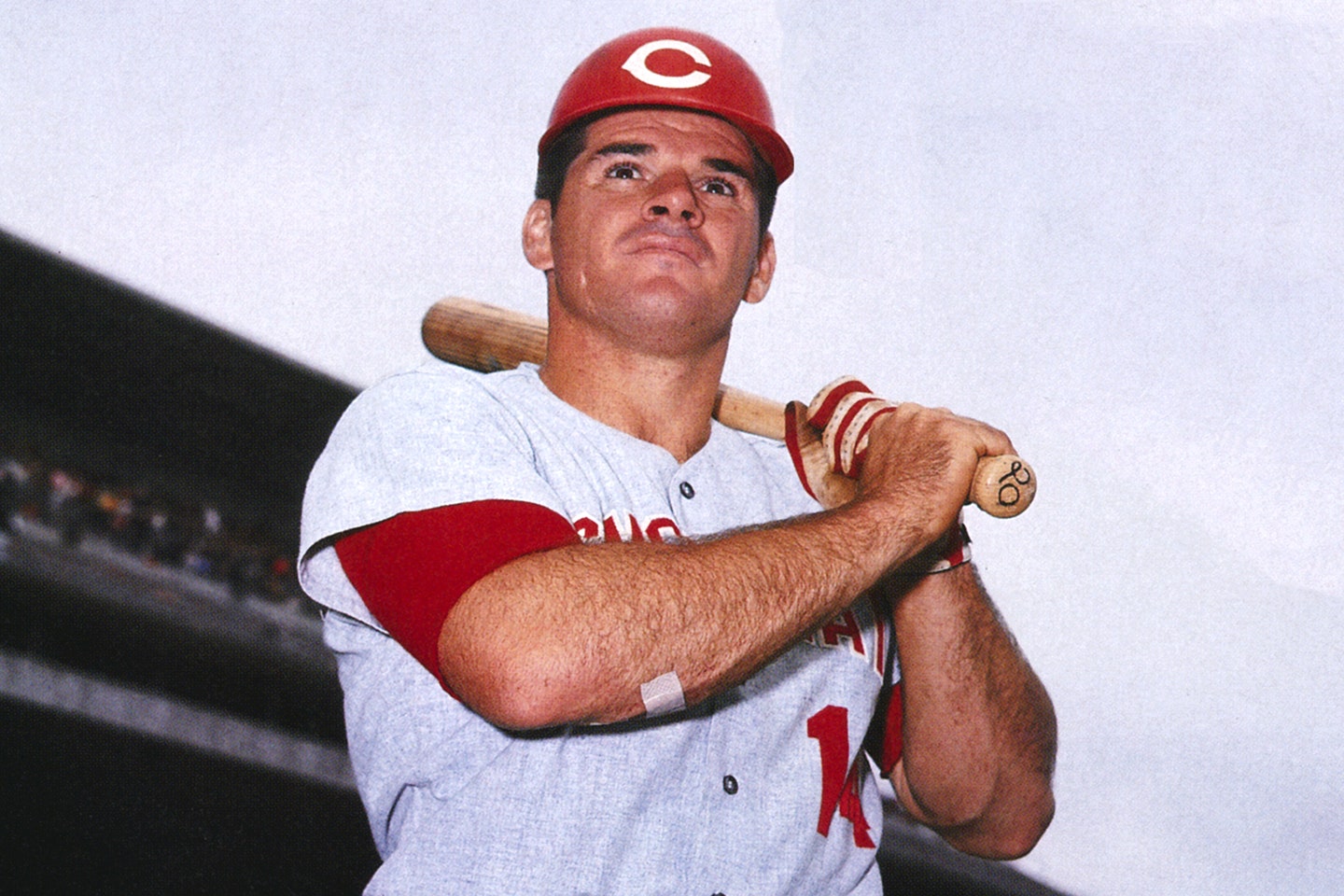 On the celebratory weekend:

“I’m doing. I survived the weekend. It was like spending the weekend in heaven to me. It was an honor and I appreciate the opportunity to go back down on the field. It was a great response,  I’ve been to ten or eleven games this year here in Cincinnati, never been on the field and got to shake some hands with the players and got to reminisce with the great fans here in this area.”

On advice he would give to Roger Clemens:

“Well not Roger, but I’ll give this advice to anybody. Don’t do like me. You can run but you cant hide. If you made a mistake, get it out there as quickly as you possibly can because it’s going eat at you, and it’s going to hang over your head as long as you let it hang over your head. And Tom, you don’t know what Roger did and I don’t know what Roger did. And I’m not here to judge Roger. If Roger says he didn’t do it, then who am I to say he’s lying? It’s not up to me. I met Roger Clemens one time at the all century celebration and he hugged me and he said, ‘I’m happy to be a member of your team, on your team.’ That was very nice of him to say that. And I don’t know what Barry Bonds did. I don’t know what Palmeiro did. I don’t know what any of them did. But for anybody listening out there, learn from me. If you do something, take responsibility as quickly as you possibly can and don’t let it linger on because it’s just going to hurt you.”

On the emotional roast in his honor:

“What it was is, we had a roast, about ten miles south of Cincinnati and  (Tony) Perez was there. (Ken) Griffey was there. (Cesar) Geronimo was there. Tom Browning was there. My son was there. George Foster was there. Earlier that night was the first time I was on the field back in Cincinnati since I got suspended, and the roast was the first time that I actually had a microphone talking to the Cincinnati fans with some of my teammates there. I just told them that I disrespected the game of baseball and I apologized to everybody and if you disrespect the game you disrespect your teammates, your family, your fans – and it took me a long time to come clean. It really did. And I understand what I did the last several years ; so to take responsibility is a big thing for me. It really cleared me inside and when I start talking to Perez who I’ve known for 50 years and apologizing to Cesar to Griffey. Tears come to my eyes because I was very sincere and I just wish Johnny (Bench) could have been there and Joe (Morgan) could have been there and Davey (Concepcion) could have been there. It would have been the perfect situation for me, but I have had discussions with Joe Morgan in the last month and I have had discussions with Johnny  in the last month and apologized to him personally in meetings and it was a big thing for me. I thought I could do it without breaking down, but I couldn’t it was just the way it happened.”

And on if he feels he is any closer to the Hall of Fame:

“I don’t know about that. The commissioners got a tough job. I didn’t get up there and cry in front of people because I’m trying to get the ban lifted. I went up there and was very sincere with my ex-teammates  and I told them. I said, ‘Guys I just hope that we’re friends. I just want to be your friend.’ And I got a nice text from Johnny yesterday and I got a nice call from Joe Morgan who couldn’t be there because people try to look at things and say, ‘Why wasn’t Johnny there? ‘Why wasn’t  Joe there?’  Well ya know, they had other things to do and that’s why they weren’t there. People can always find negatives, but I did what I felt I had to do. I had to get this off my chest. And sure I could have called Griffey individually, or I could have called Cesar individually, or I could have called Tony Perez individually which I did. But there again, I knew they were all going to be together and it was a great opportunity for me to express my feelings and to apologize to them because we’ve been through wars together with these guys. Everybody had a delightful time and evidently from what I hear I wasn’t the only guy in the audience who cried.”