“Winnable” or “worst,” however you want to define the NFC West, head coach Pete Carroll definitely chose the right direction to head when he finally left USC to return to the NFL (of course, given what was happening at USC, any direction out of L.A. was probably a smart move for him). The roster is very young and fairly athletic, but not nearly as talented or experienced as most in the league. Still Carroll can leverage a tremendous homefield advantage and an easy schedule into a run at the playoffs. Well, 7-9 could easily make the playoffs out of the NFC West, so it’s not the most awe-inspiring story to think that a 5-11 team from could make the playoffs by turning over its roster – only 66% of the final roster remains after almost 200 player transactions in the off-season – and winning its division in the process. 7-9. This isn’t a future “Play-In Game” participant in the NCAA tournament who wins its conference tournament despite a 14-16 regular season record. This is the NFL – the same NFL where a 10-6 AFC team could just as easily get shut out of the post-season. More power to Carroll for now though as the Seahawks are 2-1 and leading the division coming out of an emotional win over San Diego at home that included five forced turnovers and two kickoff returns for touchdowns. Seattle Seahawks head coach Pete Carroll joined Brock and Salk on ESPN 710 in Seattle to talk about the roller coaster of emotions during the game against San Diego, the Seahawks’ ability to force turnovers, what Seattle saw in the Chargers’ kickoff team that they exploited, Leon Washington’s playmaking ability, screwing up the last play of the first half and Earl Thomas’ progression as a rookie. 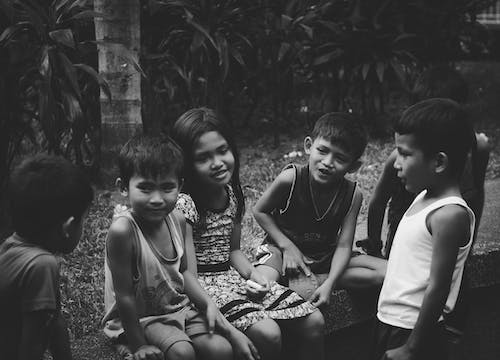 On the game against San Diego:

“It was pretty wild. We needed everything in all directions to come through with the turnovers and the kicking game and stuff. That is a really good team. And it took all of that to beat them. I thought (Philip) Rivers was tremendous again. We were thinking that going in. We really went after him. We went after him with everything, knowing that that is what we had seen would disrupt him. He still was going to make some good plays, but he was going to make some bad plays. We got enough to hang on and eek out a win. We were just able to hang on.”

On the Seahawks’ ability to force turnovers:

“There was three great turnovers in this game. All the fumbles were all caused by getting after the guy and doing something to get the ball out. I cannot tell you how much we emphasize that. We’re never happy with it, although that was a great day to knock three balls on the ground. And the two interceptions were great too. That was a great pick by Earl (Thomas). He made a great catch on one and a great break on that last one. All of them were great. We emphasize it as much as we can possibly think of it. I mentioned yesterday, our philosophy is all about the ball. That means that our offense is trying to take care of it forever and our defense every single snap is trying to take it away… That’s when we play the game we are trying to play. I know we gave up a lot of yards, but it’s hard to win when you give up the football.”

On if he was surprised that San Diego kept kicking to Leon Washington:

“Well I guess they are trying to be tough minded about it. After the one he slipped, that may have been the indicator, because he almost broke it again. And they did it again. They’ve had their troubles. It was a fantastic job by our guys during the week. They saw that they were vulnerable there and called it to a T what was going to happen and how we were going to attack them… He has done this before. He said, ‘This is what I do,’ after the first one. Then he did it again… We really hoped that he would be a special player in some dimension… I was standing next to (Special Teams coach) Brian (Schneider) when Leon caught the ball one and he said, ‘We got them.’ As soon as he caught the ball, we could see that we had the crease we needed.”

On failing to score at the end of the first half:

“We messed up. We didn’t do that right. We have a play that we liked in the redzone that we called. We just didn’t do it right. The thing that I am trying to do there is to get every play and take advantage of it. We would have had every snap had we thrown the ball on third down, but we didn’t do that… What we could guarantee was that we could take a shot and if not, hustle off the field and get the field goal team on, which we practice all the time. What we did not practice was them holding Chris Spencer down.”

And on the progression of rookie safety Earl Thomas:

“If you think back to Earl. Earl was a redshirt sophomore when he came out, so he played two years. He sat one year and played two. He’s a very inexperienced player. He missed almost 1,000 snaps by coming out or maybe even another 1,000 if he had been a four year starter. He hasn’t played a lot of football, so he has a lot to learn. He’s extremely savvy. He’s a good all-around athlete, great athletic sense. He just needs time… This is a very, very exciting player. He’s just getting going. He’s going to be such a dynamic player for us.”