Pete Carroll Has Got A Good Thing Going At USC

Pete Carroll has bounced around from college to the pros, andhas finally found his home in good old southern California. The University of Southern California to be exact. After years of mediocrity Carroll has brought them back to college football prominence. His record at USC is a staggering 92-16, which gives him the best winning percentage of any current Division I coach with at least 5 years of experience. Also under Carroll’s tutelage, USC is the first school to have 3 Heisman Trophy winners in a 4-year span with Carson Palmer, Matt Leinart and Reggie Bush. To pile onto that stat, USC has won the Pac-10 Conference the last 7 seasons. Needless to say, he has truly created a college football dynasty.Pete Carroll joined the Dan Patrick Show to talk about whether he is getting anymore excited about the big game against Notre Dame, the difference in Jimmy Claussen this year as opposed to last year, the reaction he received in his first year coaching at USC, what the locker room was like after the Washington game, whether you learn more after a loss or a win, what kind of emotions he had when playing Steve Sarkisian, and whether he is staying in touch with Maulauga, Cushing and Sanchez. 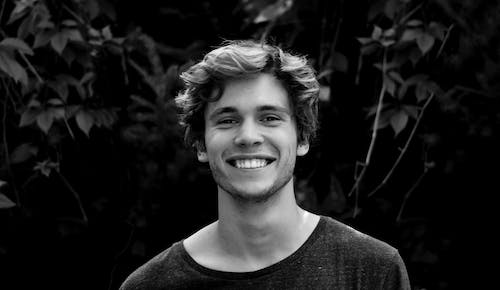 On whether he is getting anymore exciting about the big game against Notre Dame:

“Well yeah you know the challenge every year being involved in this kind of matchup it has got a lot of the fun and games that go along with it. It makes it cool. These guys are really playing good but a little different season than they have had the last couple of years. It will be a great matchup.”

On the difference in Jimmy Claussen this year as opposed to last year:

“He is much more comfortable. This is by far his best. He has done so many things beyond just the regular plays. He is moving really well. He is getting out of trouble and finding guys when he is moving. He isn’t a scrambler but he has shown kind of a different level of resourcefulness finding 2nd and 3rd receivers and stuff. He has made a lot of big plays by doing so. That’s a little different than he has been in the past.”

On the reaction he received in his first year coaching at USC:

“Well the thing that we did is we did it in typical fashion like everybody would think you would do: talk about the old history, show the old films, talk about the old coaches and the old players, went to the Grado, went to the Hall of Fame. We did everything we could think of to try and build it up and it was a total waste of energy. We did everything exactly the way you would think you would do it and we haven’t done anything close to that since. We are getting ready like we do every game. I thought that we learned more about that in how we have changed and adjusted things…”

On what the locker room was like after the Washington game:

“Pretty dead you know but the tenor goes straight to how we handled the situation which is talking about the truth and what just happened and shifted us right back to knowing who we are and what we are all about and how we get on track. The moment that game is over there is not a darn thing that you can do about it but respond to it and handle it. We have a real clear way of dealing with it and getting back on track. I think that is most critical in being resilient is getting back to the truth in what happened and what’s up and that is what we always try to do so we did it immediately as soon as we hit the locker room.”

On whether you learn more after a loss or a win:

“Sometimes. I hate to get better by losing. I like the other guys to do that but in that situation sometimes you do until you get hit right in the forehead and it shocks you a little bit. Unfortunately, we have learned that. I wish I never knew that lesson.”

On what kind of emotions he had when playing Steve Sarkisian:

“I didn’t root for him one bit… But knowing what happened and knowing the impact that will have on his future andfor the program. I understand that and it’s a great thing for those guys. He has worked his butt off and almost got Notre Dame as well. He could have been off to an incredible start. He is off to a great start anyways. I understand the impact of it. I love and those guys there I wish them the very best of everything but not on my day but they got it.”