There’s no guarantee that Patrick Peterson would have already signed with the Arizona Cardinals by now even if there had not been a lockout. But perhaps he would have, and that has made the start to his NFL career — and that of every other rookie at this point — pretty strange.Now that it appears the lockout is close to ending, it will be interesting to see how those signings and first-year player experiences shape up. Peterson, as the No. 5 overall pick, might wait it out in most years to see what other rookies are going to sign for. Now, they’ll need to decide if they really have that luxury, or if they need to make up for lost time and head to camp right away.Peterson says that decision will basically be left up to his agent as they try to get the best deal possible. That’s not exactly a ringing endorsement to working something out right away, but you can’t really expect any rookie player to say anything else.atrick Peterson joined KTAR in Phoenix with Gambo and Ash to discuss the odd beginning to his NFL career, what he’s doing to stay in shape, if he can be a shutdown corner from Day One, if he’ll make sure he doesn’t give up 100 yards to any receiver this year, the trade rumors surrounding Dominique Rodgers-Cromartie, if he needs a veteran to mentor him and why he’s unsure if he’ll be able to sign right away to get to camp once the lockout is lifted. 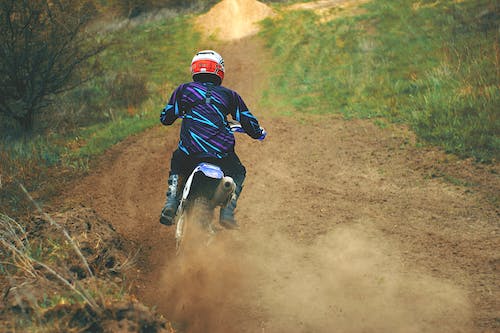 What has it been like entering the NFL during a lockout situation?:

“Definitely has been strange. I haven’t played any organized football in about six months now. It’s kind of weird, but at the same time we know this is a business. The two sides have to come up with an agreement and hopefully … we can get back to football soon.”

What are you doing to stay in shape?:

“I’m working out every day, making sure I’m taking care of my body. … I remember the first thing Larry [Fitzgerald] told me when he texted me was this league is survival of the fittest. Now I’m a professional, not a collegiate athlete anymore and I have to be smart about the decisions I make that can harm my body.”

Do you feel like you can be a shutdown corner from Day One in the NFL?:

“I believe I have the potential. I’ve never played an NFL game yet, thus far, or even been in an NFL practice, but those are definitely my goals, to go in and be a shutdown corner. So I just have to get in, learn the system … and I think I’ll be OK.”

Will a receiver have a 100-yard game against you this season?:

“That’s definitely my goal is I want to hold a receiver under 100 yards. It’s going to be a fun season. I won’t promise you that, but I’m definitely going to do my best to do what I need to do.”

“I don’t know what’s going on … I hope it’s a rumor and something that don’t come true because it would be an honor to come play with another first-round guy that came in and took over early and kind of learn from him a little bit in my young career. But if it does happen, it’s a business decision. It’s out of my hands.”

Do you need a veteran mentor at the opposite corner spot?:

“I believe a veteran would definitely brighten my horizon on the field because he’s been there, done that. … I believe that would be key for me to help me learn it faster and to just go out there and play relaxed.”

In a normal year, as the fifth-round pick, you might not be signed by this point anyway. With the probable urgency which would come after the end of the lockout, do you plan to do your best to sign as quickly as possible?:

“That’s what I have an agent for. He’s going to go out there and get the best deal he feels for me. I’m just going to worry about playing football. I hope he gets the deal done soon so I can get in the camp as soon as possible with my teammates. … But if it don’t, things happen.”