Not Even Byron Scott Thought the Cavs Would be This Bad

For the last two seasons, the Cavs have averaged over 60 wins per season, but this year is a new year in Cleveland and the Cavs might be lucky to avoid 60 losses. With the absence of LeBron James the Cavs have gone from being one of the best teams in the NBA to one of the worst. When Byron Scott took over the job this offseason, I’m sure he knew things would be tough, but I’m not sure anyone in Cleveland thought things would be this bad.Not only is the team not very talented to begin with, they have also been riddled with injuries as well. Cleveland’s starting lineup is just not good enough to win on a nightly basis, they have lost 20 of their last 21 games, and are 8-29 on the season. Things have gone from bad to worse this season for the Cavs and while July 8th was a nightmare for the Cavs, Owner Dan Gilbert’s promise about bringing a championship before Miami is not looking promising right now.
Byron Scott joined ESPN Radio Los Angeles with Mason and Ireland to talk about how tough things have been this season, what issues they are having right now in the midst of this losing streak, and what they have to do to win against the Lakers in tonight’s game. 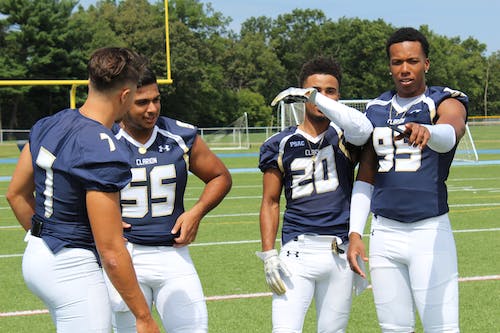 On how tough this season has been compared with expectations:

“Not much harder. When I took the job I took it with the understanding that number one LeBron could possibly be gone. I looked at it that way first. If he stayed great, but for me it wasn’t a damaging blow because I expected him to be gone. Worst case scenario type of possibility. At this particular time in the season, did I think we would only have eight wins? No I thought we would be much further along than we are. I didn’t expect the injuries that we’ve had as well. A little tougher than I expected but nothing that I can’t deal, nothing that I haven’t been able to deal with, and nothing that I haven’t dealt with before.”

On what issues they are having:

“Our issues are mainly on the defensive side of the ball. We’re doing a pretty good job offensively and guys are starting to understand what we’re trying to run on a night to night basis, guys are starting to get a pretty good feel for that, but the defensive end of the floor is a big mystery to me. Every time I think we’re taking a step forward, we’re taking two steps backwards. There are nights where it looks like we’re really in tune and focused in on what we talked about doing then there’s other nights where it looks like we haven’t practiced one defensive drill all night long. My defensive philosophy is to keep banging it in their heads until they understand that this is how we gotta play. We’ve gotta be very competitive on this end of the floor if we want to give ourselves a chance to win.”

On the idea that the Cavs players and LeBron were joking in his return to Cleveland:

“I don’t know if that’s what they were doing. When I talked to my guys, that’s not what happened. They weren’t clowning. Our guys were saying something totally different to him than what it was perceived to be. Like I said a lot of people perceived because they were having conversation that it was all fun and games. Our guys said ‘coach that wasn’t the issue.’ Our guys said they weren’t being nice and I gotta take them for their. I’m behind my guys 110 percent, they said the conversations weren’t very nice, there were some choice words used, and I believe them.”

On what they have to do to beat LA:

“For us to pull off an upset we need five or six guys to play really, really well, but that’s the same thing we’ve needed for the past month. Last game against Phoenix we had three guys play really, really well. If we had two more guys we probably win that game. Against the world champions we’re going to have to have five guys maybe plus one play really, really good basketball. If we can do that we have a chance. It’s really hard when you have all these young guys. I have so many young guys on the team getting a lot more experience than they probably wouldn’t have if I had Anthony Parker, Andy (Varejao), and Boobie Gibson, all those guys aren’t healthy. They’re being thrown in the fire and having to play significant roles now. My thing is still the same. When we step on the floor I don’t look at who’s on the floor. When we step on the floor we give ourselves an opportunity to win. That’s how I look at it. No excuses.”