In, North Carolina head coach Roy Williams was caught in a talent-gap. He was about to depart the Tyler Hansbrough era and he was awaiting the arrival of future lottery picks Kendall Marshall and Harrison Barnes. Now, he finds himself in that same gap after losing four players, including Marshall and Barnes, to the NBA. It’s easier said than done to just reload in college sports, especially in the ACC, and Williams is getting a reminder on that once again this season. The Heels aren’t a bad team this season. They have some quality wins on their resume but when the baby blue is donned by players, the expectations are higher. Right now the Heels are in third place in the ACC and already have two more losses than they had all of last season as Williams finds himself in yet another talent gap on tobacco road. Roy Williams joined 790 the Ticket in Miami on the Dan LeBatard Show with Stugotz and Stan Van Gundy to talk about what he is most proud of on his resume, if he enjoys the job, whether he ever considered coaching in the NBA, what one move he would like to have back in his career if he were granted a do-over and what he thinks is the worst part about his job. 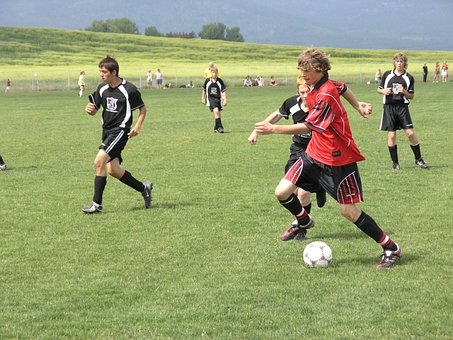 What he is most proud of on his resume:

“That I haven’t gone wacko and gotten thrown out of a game yet. I’ve gone wacko, but I’ve been able to stop at that point right before it. I’ve never really thought of things like that. When you’re coaching, you’re just trying to coach that day, that practice, that game, and when I get even older than I am now, I will probably look back and think of some things, but right now we’re just trying to get through today’s practice, do a great job and try to play a heck of a lot better than we did when we played Miami at Miami a few weeks ago.”

Do you enjoy the job?

“I think you have to break it down. I love my practices. I love being with kids, working the kids, coaching the kids, trying to find different ways to get my team better and changing things — I love that part of it. I enjoy the games, but I don’t enjoy them as much as I do practice. I enjoy games, the competition. You don’t enjoy losing, and the toughest part about coaching is that the highs aren’t nearly as high as the lows are low. We win a big game Saturday and it felt great. Then five minutes afterwards I’m asking my video guy, ‘Can I get a tape on Clemson?’ You don’t enjoy the wins as long, but it’s all the stuff around coaching that is not as enjoyable. Please don’t take this wrong. I just finished a press conference downstairs, my weekly deal, and I’m coming to do this show, and you’re trying to raise money and you’re trying to meet with the alums and you’re trying to build new buildings and all those kinds of things — that’s not true coaching. I think Stan might even agree with this: I got into coaching because I wanted to be like my high school coach. I didn’t know anything about press conferences, shoe contracts or anything. That part I still really, really love, but there’s a lot of other junk around the game that is not much fun.”

Have you ever considered coaching in the NBA?

“I’ve had some people talk to me over the years and you have those thoughts, but never really, really seriously entertained it. I think with one team several years ago I had more than one discussion, but I feel like I’m a college coach, I really do. I think I’m a guy that is so old-fashioned and corny that those old-fashioned and corny things still work a little bit more in the college game more than they do in the NBA. I think I’m a college coach. In the back of your mind you do wonder if you could make those adjustments and do it at that level, but I love what I’m doing. Again, I wanted to be like my high school coach. I didn’t even think about college when I first started coaching.”

If you could have a do-over in your career, which one would you like to have back?

“That’s pretty easy for me because I was at the University of Kansas for 15 years and I loved it. Their passion for basketball was off the charts and in 2000 I guess it was, North Carolina asked me to come back and I decided to stay at Kansas and I made the statement that, ‘If we have a press conference like this again, it will be me retiring or me dying.’ I really, truly believed that at that time. Looking back, I wish I wouldn’t have said that because three years later my situation at Kansas had changed dramatically in my mind and North Carolina asked me to come back and I did come back. I really hurt some people and harmed some relationships that I had. Most people said, ‘Why did you say that?’ That’s pretty simple in somebody’s mind and I truly believed it at that time, but if I had to do it over again I would do that. But shoot, I’ve been so dadgum lucky I don’t know if I would change many things.”

On the worst part of the job:

“The circus and the culture around recruiting. No question. Giving a kid a college scholarship to mean more than it does nowadays instead of having to find out what kind of personal shoe he is going to wear when he gets into the NBA and who his agent is going to be and all this stuff. If you could just deal with the recruit and his family and no one else and they’re looking at it as, ‘This is an opportunity for my son to get a college scholarship,’ boy my job would be a heck of a lot more fun.”