Nolan Ryan On Retaining Ron Washington: “I understand people are critical of the decision we made, but I felt like we made it for the right reasons.”
by Michael Bean

Texas Rangers manager Ron Washington admitted on Wednesday to using cocaine during the 2009 season. Seems a bit odd that this story would surface now for several reasons. Firstly, many might wonder why Washington wasn’t fired effective immediately when the Rangers ownership and top brass learned of his cocaine use last July. Team President Nolan Ryan will address that question shortly. Secondly, there’s the usual question about how this leaked to the media considering the confidential nature of the matter within Major League Baseball. Enough from me. Ryan talks candidly about all the pertinent subjects, and SRI has transcribed most all of the lengthy interview.The Rangers team president joined ESPN Radio Dallas with Randy Galloway and Company to talk about why the Rangers didn’t fire Washington last summer, how he still trusts Washington as a manger and as a  person, and how he’s confident Washington won’t let him, the team or the Rangers fan base down again. 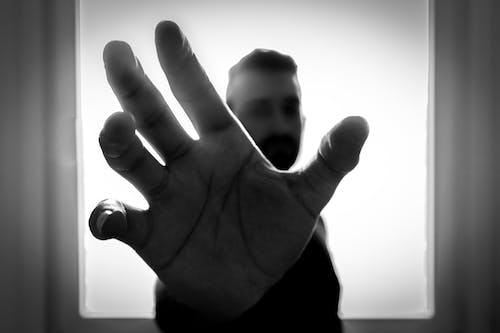 On why the Rangers didn’t fire Washington upon immediately learning of the news of his cocaine use:

“You know Randy, we had a lot of discussions about what the appropriate thing to do was, and in the end we decided to treat Ron the way we do the rest of our employees, that if they have a problem we try to give them the benefit of treatment, get them diagnosed. Major League Baseball has a very strong program on that, so we chose to pursue that and have him go through MLB’s program. We felt like the way that the club was playing and was responding to Ron, and the way he was growing as a manager, we felt like we wanted to give him an opportunity to continue to manage and he assured us it was a one time situation.”

On if his initial reaction was to fire Washington before thinking and discussing things over with others in the Rangers front office:

“I obviously was in total shock by it. Thoughts of that nature had never crossed my mind, then I was angry that the organization was put in that position, then I was concerned about what type of problem he had. He was forthright with us, he came forward. He seemed to be very emotional about it, about the mistake he made, the impact it had, and how he had let everyone down. So I felt like that was sincere, and I felt like we the organization should give him an opportunity to try to right himself and try to build off of this, and to grow as a team off it.”

On how he found out about the news:

“Well when he found out he was scheduled for a drug test, he called Major League Baseball and told them that he was going to test positive. Explained to them how he had gotten himself into this situation. Then a after a game one night he told John Daniels, he called me on the phone. I wasn’t in the clubhouse. He called me on the phone and broke down, was very emotional about it, how he let us down, how disappointed he was that he did what he did and the impact it would have on our organization. Then he offered to resign. So we took all those things into consideration.”

On if he still trusts Ron Washington:

“Yeah I trust him. I’m a trusting person. I take people at their word. He has done everything Major League Baseball has asked him to do in terms of the testing program, and is willing to continue to be tested. And I think he’s been very upfront about that, he knows he made a mistake, and if he can help other people not make those mistakes he’d be willing to do that. I think our team is supportive of him. They certainly appear that way to me and so I’d like to think as a team and an organization we can grow from this experience.”

On if he thinks it’s likely that a man Washington’s age could possibly have just decided to try cocaine once:

“That’s a question that’s been presented. I don’t know the answer to that. Drugs were never an issue in my life. I never tried them, I didn’t want anything to do with them. I had teammates that dealt in that and had problems with it – and continue to have problems in their lives with it. So we know what it can do, what it’s done, and we know where it is in our society and the problems that come with it. A lot of those people wish they’d never tried it, the hold it has on their life now. But I can’t answer that because I really don’t know. It seems unusual.”

On what he’d say to angry season ticket holders that don’t want to take their child to watch a team managed by a drug user:

“Well Randy, those are obviously thoughts that we’ve had, discussions we’ve had. And obviously each individual will make their own determination about how they feel about this and what their thoughts are on it. I understand that. We as an organization, we have a policy in place where when we have employees that have an issue, we try to be supportive of them, try to get them the proper professional help and try to be understanding of these things. So we chose to do that with Ron. And we hope as an organization we help Ron as a person, help him understand the issues that he has and the challenges that he has, and also hope that he’s able to take this experience and help other people and that his players respond to him and support him. We feel like he’s growing as a manager and is doing a good job for us. So I understand people are critical of the decision we made, but I felt like we made it for the right reasons. Everybody has issues in their life – how you deal with them and how you handle them has a lot to do with who you are and what you do. So we feel like this was the right decision for us.”

On how/why he thinks this leaked out now so many months after the fact:

“How something like this leaks out, you’re not sure. It could be a disgruntled employee. Because of the confidentiality of the Major League Baseball drug testing program, we did not share it with people. We kept it quiet. But when you deal with as many people as baseball deals with, you don’t know if something like this leaks, where it might leak out from. We knew it was possible that this might leak out and we would have to deal with it on a later date. And that’s where we are today.”