He’s a Hall of Famer, co-owner, President and CEO of the Texas Rangers, but Nolan Ryan gave the baseball world a scare last week when he checked into a Houston-area hospital after experiencing tightness in his chest. A few days later the 64-year old checked out of the hospital after his chest pains had subsided and claims in the following interview with Jim Rome that ‘everything is doing well.’ Ryan has resumed back to his normal duties in the Rangers front office as he looks to improve the reigning American League Champions. New York Mets right-fielder, Carlos Beltran, has been mentioned a possible trade candidate for Texas and the move makes a lot of sense for a ball club that continually looks to improve their offense in a ball park where power hitters continue to heat up as the temperatures soar in the dog days of August. Although the Rangers lost Cliff Lee in the off-season, Ryan is a believer in his team and how they’ve picked up the slack with the emergence of Alexi Ogando this season. The Texas Rangers recently lost two of three games against the Anaheim Angels, so this ball club is seeing the rise of their AL West rival as we approach the July 31st trade deadline. Nolan Ryan will do all he can to improve this team for the stretch run coming up. Nolan Ryan joined The Jim Rome Show to discuss his health status after being hospitalized with chest pains last week, feeling better since being released from the hospital and returning to work last Friday, Carlos Beltran being a player of interest for the Texas Rangers at the trade deadline, the Rangers making a World Series run with the team they have presently constructed, the impact of the Shannon Stone tragedy at The Ballpark in Arlington, and how Josh Hamilton has handled the Shannon Stone tragedy. 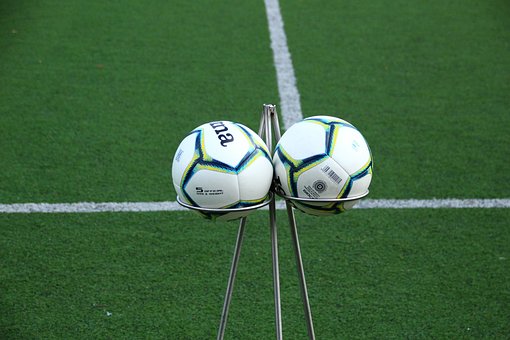 I know you have had some chest pains. How are you feeling health wise right now?

“I am feeling well. I just have a condition that periodically gives me some trouble and I have to get it attended to, but everything is going well. I feel well. I’m back doing everything I was, so I appreciate you asking, but I feel very confident that everything is doing well.”

Is Carlos Beltran someone that interests you and will you make a run for him?

“There’s a lot of speculation about us having an interest in him and I think obviously it is about what opportunities are there. It’s hard to say. We are looking at any way to improve our ball club and that is always our attitude, so we’re not totally locked in on pitching, but if a deal was able to be struck that we thought made sense for us I don’t know how you don’t take a look at him.”

If there’s not a deal out there at the trade deadline are you confident you can make a World Series run with the team you have constructed right now?

“Well I feel like we are a good, solid, ball club that is balanced pretty much throughout our club. We don’t have a glaring weakness. I feel that we can position ourselves and we can be back in the World Series. When you get back into the postseason you don’t use your entire roster the same way you do during the season, so I would say in most cases I would be comfortable with us doing that, but obviously if we need to improve our ball club we are going to try to.”

Has there ever been anything in your life that could have prepared you to handle the Shannon Stone tragedy?

“I don’t think you prepare yourself for something of a tragedy of that magnitude. We pride ourselves on being affordable family entertainment here in Texas and we try to have that environment in our ball park and we want our fans from the minute they come to the ballpark until they leave to have a great experience and then to have tragedy of that nature to happen where a father and son came to the ball game and drove two-and-half hours to come to the park and enjoy the evening together. We’re a believer in building memories. It just hits you to your heart after what you try to represent your organization to be and what you are looking for as far as your fan experience. I tell you what it was as hard of a thing as I have gone through.”

Were you concerned with how Josh Hamilton would handle the Shannon Stone tragedy? How has Hamilton handled it?

“I think obviously when a tragedy of that nature happens it impacts us all on a very personal basis. It’s how you handle things personally. Each one of us are different. Each one of us deals with situations in their lives differently. Obviously I was concerned about the impact it would have on Josh. I think Josh is at peace with himself on it. I think Josh realizes it was a tragic accident that happened and there really wasn’t something else that he could have done.”