NFL Week 11, Bengals Vs. Bills: The Joker Wins the Battle Against Batman and Robin

catches  yards, 3 TDs and one funny endzone celebration featuring a clever message written on a shirt underneath his jersey. Not a bad day’s work for Buffalo Bills wide receiver Steve Johnson this past Sunday. And to boot, the Bills beat the Cincinnati Bengals 49-31 for their second consecutive win. In case you missed the highlights and aren’t sure what Johnson’s shirt said, check out the video below.Johnson joined The Michael Irvin Show on WQAM in Miami to talk about where he came up with the idea for the Joker quote on his shirt, his relationship with Terrell Owens last year in Buffalo, how amazed he was by T.O.’s daily competitiveness, if he expected to get fined when planning the stunt, on if he’s actually been notified of a fine yet, the potential he believes his team has looking towards the future, his journey from seventh-round draft pick to play-maker, and the stellar play of his quarterback, Ryan Fitzpatrick. 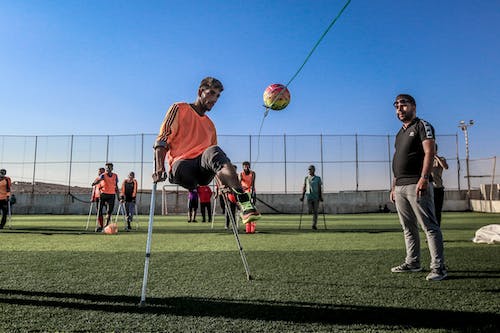 On where he came up with the idea for the quote on his  shirt:

“Well it was marked on the calendar. Once T.O. left here and went to Cincinnati and took on the image of Batman and Robin, I felt like it was time to shine and I thought let’s make it interesting. We played the Cincinnati Bengals out there in Cincinnati, so I thought let me go out and play the villain, let me be the Joker. So I thought about that, and I ended up having a pretty good game, and it ended up showing.”

On what his relationship was like with T.O. in Buffalo:

“Well the relationship, it was basically we bring a guy like T.O. in, I was in the back role basically. To be honest, we was brought in to teach James Hardy how to play the position, and me I’m not stupid, I’m going to kick back and pay attention to everything that he’s doing too. So that’s basically what I did, fed off everything he was doing. We ended up having a little bit of a relationship throughout the season just by him checking out my game, and you know, we just kept it going.”

On if he expected to get fined when planning his stunt:

“I’m not making a lot, but I’m not doing this stuff to get fined. I didn’t expect to get fined for putting ‘Why So Serious’ on there. I’m just having fun. At the end of the day, I’m just a kid trying to have some fun in the NFL, playing the game I love. This is my dream, and I’m just having some fun with it, bringing some energy to the city, and I’m getting in trouble for it. But it ain’t like I know I’m going to get in trouble and I go out and do it. So…”

On if he’s actually been fined  or been told he’ll be fined yet:

“Well I don’t know, but that’s what my teammates are saying. So I’m expecting something in the mail, but if I don’t get it then that will be great to.”

On just how much potential he thinks this Bills squad has when looking to the future:

“We have a lot of potential to be a real good team in the future, and even the rest of the season. The wins didn’t come early, but if you look back at the games, we’ve been in the games pretty much every single one. Maybe one or two we weren’t. But there were games we probably should have pulled out and we didn’t, but it’s not like we’re giving up out there on the field on Sundays, especially not after tough losses in overtime and stuff. We’re still coming back and fighting, so the potential is there to be great.”

On his journey from seventh-round draft pick to play-maker:

“It’s a blessing. I count it as a blessing where I was taken and how my football career played out. I count it as a blessing because I’m here now, and playing with Fitzpatrick has just elevated my game even more. Everybody knows we’ve been practicing with each other on scout team for a few years now. And like I said, he’s always willing to throw the ball into tight spots, and I don’t want to let him down, so I’m just going to keep on doing my job.”

On the stellar play of Ryan Fitzpatrick at quarterback:

“Ryan Fitzpatrick is a nerd. He’s too much of a nerd to be a failure. The kid is a gamer man. He slings the ball everywhere, he keeps everybody alive, and he’s doing things as a quarterback that every receiver would want – and that’s putting it in the air, putting it in perfect places. And that’s all you really ask for from your quarterback as a receiver, and as a running back – we’ve got running backs coming out of the backfield also. So he’s just a receivers’ quarterback.”