He’s the most powerful man in the National Football League that you never knew about until somewhat recently. He’s Jeff Pash, General Counsel for the most powerful and profitable professional sports league in the country. And for the time being, he’s making just one buck a month, a salary cut he promised he’d take if the labor impasse got to a point where there was a work stoppage of any duration. Well, that time is here after the NFLPA decertified late last Friday, which prompted the owners to go ahead and implement the lockout. Now things head to the courts for the time being. Whether negotiations resume at a bargaining table or not remains to be seen, but as Pash tries to make clear, the league and its owners are certainly hoping the players union returns to the table to negotiate rather than remain committed to litigation. Pash joined Mike Florio on Pro Football Talk Live to talk about the $1 dollar salaries he and Roger Goodell are receiving while there is a work stoppage, why the NFL opted to lock out the players as of last Friday at midnight, if other alternatives were considered in response to the NFLPAs decertification, why the league contests the union’s ‘sham’ decertification, that it’s accurate to say that the NFL would not have implemented a lockout had the union not decertified, what impact he believes Judge David Doty’s television contracts ruling had on the negotiations, how the league is prepared to return to mediation, the issue of financial transparency and disclosure, and the next stages in this ongoing battle as the labor feud makes its way to a courtroom in Minnesota. 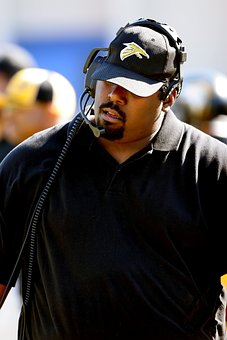 On the $1 dollar salaries that he and Roger Goodell are taking during the lockout:

Whether it’s true that he’s still receiving his full package of benefits though:

On the league’s decision to lock out the players at midnight of last Friday:

Whether other alternatives were considered:

“We considered a lot of alternatives. The most important one was embodied in the proposal that we had tendered to the players.  The principal alternative that we had focused on all long, Mike, as you know, is to try to get a negotiated solution here.  That’s what we want, that’s what we’ve wanted all along, and that’s what we were trying to accomplish over the course of a long period of time,  but certainly in the three weeks or so that we spent with the federal mediators, including the effort we were making that day to have meaningful discussions on a significant and improved proposal to the players.”

Is it fair to conclude that the decision to lockout the players basically says that the league views the union’s decertification is a sham:

“That is certainly our view, no question about it.”

And if it’s safe to say that the league’s position is that the timing of the NFLPA’s decertification is what’s really a sham, not the fact that they decertified in the first place:

“I think that’s part of it. I think it’s also true that there’s no barrier in the Collective Bargaining Agreement to presenting these issues to the National Labor Relations Board, which, as you know, we’ve done. And that really is the appropriate body, in our view, to consider this question. And I think it’s also true that under the Powell case and the Brown case, and again I know we’re not trying to conduct a law school seminar here, but I know you’ve read these cases Mike, and you’ve got a good understanding of their holdings.  I don’t think, even if you assumed — which I think is a heroic assumption — even if you assumed that the union’s decertification was somehow effective at the moment it began, that that would end the labor exemption, and somehow make our conduct unlawful.”

If it’s accurate that the league wouldn’t have locked out the players had they not decertified:

“Yeah, I mean, the point was that we were trying to negotiate a solution here and in fact had already extended the deadline once.  And we were certainly prepared to extend the deadline again and continue negotiating.”

What he’d say to those who felt like the NFL had its mind set up a long time ago to ultimately get to this point where they could lockout the players:

“I think it’s a like a lot of things in life. It’s easy to plan for a good outcome. And so we were planning for every alternative. But the number one alternative we were planning for was a negotiated agreement and that’s why we made the proposals that we made, which we thought would help get these negotiations to a point where they could continue; we could get another extension. Did we prepare for a possible work stoppage? Of course we did. And honestly, and again I know you understand this, there’s nothing wrong with that. When the players went on strike in 1982 and 1987, they weren’t bad people. It wasn’t a morality issue.  And when we locked the players out, it’s not a morality issue. It’s lawful, it’s recognized, it’s  part of collective bargaining. So, just like the players planned, we planned. And just like the players considered alternatives, we considered alternatives. But it doesn’t make one side “good” and one side “bad.”

On what impact would he say Judge Doty’s television ruling had on negotiations:

How there is in fact a way for the two sides to resume negotiations rather than just continue on with litigation:

“Well you made that point before we went to break, and we’ve been clear on that that we’d be prepared to resume the talks, we would be prepared to go back to the mediation offices. I said it many times, I think the mediators did an extraordinary job — they certainly pushed us to reconsider our positions and re-look at our alternatives. And we’d get back with them tomorrow if the union wanted to do that.”

Whether he thinks there’s middle ground to be found on the issue of disclosing financial information:

“It’s hard to say. I thought what we offered was pretty good. I mean the union has been saying for a long time ‘show us that there’s a decline in profits’ and we offered to do that. We told them that we would give a third party accounting firm the audited individual financial statements for five seasons to be reviewed and analyzed. So I think we we went a long ways towards meeting their financial transparency demands and frankly I’m not convinced they want to see the numbers. I think they’d rather have it as an issue to whack us upside the head with than they would actually look at the numbers.”

On how teams would disclose expenses like salaries and other benefits to family members for example, and how those figures should go into expenses not in profits:

“Well that’s something that we were prepared to talk to them about and work with a third party accounting firm to make sure that that issue was included in the analysis.”

If he envisions the league ever giving up ten years of audited financial statements:

“I don’t currently envision it but I hope I have a broader vision than that going forward.”

On when he thinks there will be a ruling on the motion for preliminary injunction:

“I don’t know, I don’t know if there’s even been a schedule set for briefing and hearings so I don’t know when. I can’t say when that would happen. I think we first need to figure out which judge is hearing it and what the schedule is that the judge is going to follow.”