NFL Lockout News: Heath Evans Will Talk Your Ear Off About Football, Business, Moronic Comments By His Colleagues, Etc.
by Michael Bean

I’ve said it before and I’ll say it once more: offensive linemen and fullbacks tend to be well respected by their teammates and coaches, and not only for their on-field contributions. Many seem to also have a way of building camaraderie and chemistry in a group dynamic, a trait that’s invaluable and immeasurably valuable in football, the ultimate team sport. I use this theory to help explain why so many linemen and fullbacks tend to be great interviews, even if it’s only on the rare occasion that the media bothers to seek them out. Enter Heath Evans, fullback for the New Orleans Saints who has also spent time in New England and Seattle. Evans recently joined WEEI in Boston to talk about the ongoing CBA saga, and not surprisingly, his insights and commentary on it all were worth a listen. 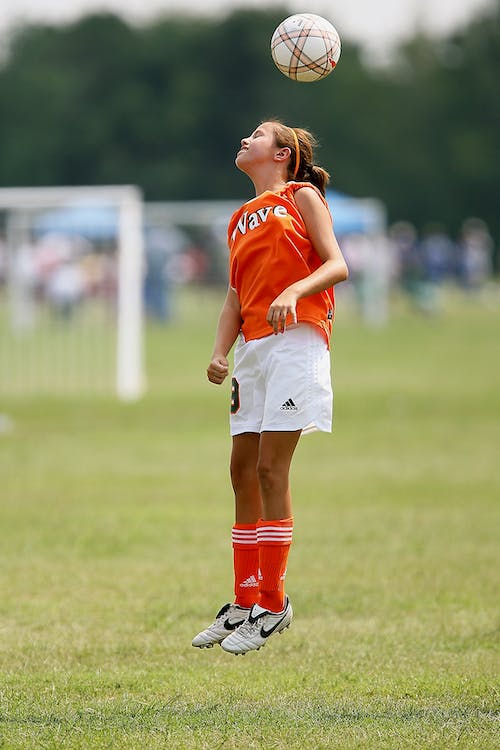 Evans joined WEEI in Boston to talk about whether he’s concerned that games will be missed how despite that he knows the fight has just begun and will continue to be a contentious one, the idea thrown around recently about rookies showing solidarity with the players’ struggle by not attending this year’s Draft, whether he personally would do that were he a draft hopeful in how at some point any smart businessman won’t continue negotiating if the terms discussed are so flagrantly below what should be deemed acceptable to consider, how he thinks Adrian Peterson was moronic with his recent comments comparing the players’ situation to slavery, the broader point of keeping such a voluminous group of players with different priorities and perspectives unified throughout this process, his admission that the mediator involvement was probably more a PR move on both sides than anything, how Roger Goodell came to all 32 teams last year and said that teams’ financial books weren’t going to be shared with the NFLPA because they basically wouldn’t be able to understand their complexities, and how those types of arguments won’t fly anymore in today’s NFL landscape where players are (generally speaking) infinitely more in tune with the business sides of things than ever before.

On how concerned he may or may not be about there possibly not being football in 2011:

“Well I’m in a great place because ten years in I’ve had a couple pay days, and the broadcasting world has been nice to me. Are we going to miss a season? No. I’ve told guys all along: ‘You know what? Plan on missing one or two games, so plan on missing a couple of paychecks.’ But I’ve told the fans everywhere I’ve been for the last couple of weeks since this thing has started to build seriously: ‘Listen, relax, we’ll get this done in a timely fashion and you’ll have your football on Sundays and Mondays and Thursdays.’ “

On DeMaurice Smith’s idea of incoming rookies sabotaging the draft:

“Well honestly from the stuff that I read and from the stuff that I get on my Twitter feed and on my Facebook page, guys at the front end of this –  Brady, Brees and the Mann…I don’t even remember his name I hate him so much, the Manning’s… I don’t think we’re ultimately worried about that yet. Yes we love our fans and yes we owe them tremendous respect. But ultimately we’ve got to try to swing as much power in our direction as possible. Obviously the owners are the ones cutting the checks and they do have a lot of power, but we’ve got to kind of battle back. And I don’t even think it’s torpedo…I don’t even know what the proper word is but we’ve got to try to win every little bit of control that we can. We’re literally trying to win a court battle here, and that’s what you try to do with any good lawyer.”

Whether he would consider not showing up to Radio City Music Hall in New York City were he a rookie in this situation:

“I would hope that I wouldn’t, but obviously at 22 years of age, my wife would tell you that I wasn’t the brightest kid, and every college professor would second that motion that I had at Auburn. But my thing is this, someone asked me last night and it’s more like the day before you get married, I’ve never quite figured out why guys are getting ready to commit their life to this person, yet they’re going to go out to the strip clubs and do all this other stuff. Now, hey, if you’re going to do that then great. But to me, it’s kind of the same thing — if you’re committing to this group of guys, you’re committing to this side of the battle, why are you going to go whet your appetite and basically pledge your allegiance to someone else. I hate to say that it has come to that, but it really kind of has. There’s been a lot of stuff put out there by the owners and the NFL, and I don’t even want to say that they’re half-truths — I talk to Drew (Brees) on a daily basis, I get the inside scoop of everything that’s going on, and Drew is the most mild mannered person I’ve ever been around in my life , yet he consistently walks away just completely offended by these meetings. And that’s hard for Drew  to get to that point.”

On what exactly Brees has relayed on to him about the negotiating sessions that he finds so offensive:

“Well I think there is no competitor, a lawyer — a great one — who doesn’t walk into a courtroom and doesn’t get emotional about what he does, because ultimately that’s what makes him great. I’ve been around some great lawyers in my day. But ultimately I think it’s the egotistical presence that everyone kind of puts back on us — like we’re the egomaniacs that want more money. Listen, never once have we said we want more money; never once have we said we won’t take a pay cut; we’re just asking please tell us why. When our game is at an all-time height, despite the economy, why now? We’d understand if my dad had to cut back half his construction crew because the construction economy sucks. The NFL doesn’t suck. It’s only getting better, so please show us why. We’ve never come to the point where we say we won’t take a pay cut, we just…we wouldn’t be good businessmen, we wouldn’t be smart. Gene Upshaw, God rest his soul, we’d be slapping him in the face if we moved back from the leverage he’s created over the last number of years for him working for us and him pushing us forward in such a forward fashion where all of us can actually call ourselves businessmen.”

On why the players didn’t make a counter-offer to the proposal that the NFL so diligently let the world know about late last week, and continue bargaining with the owners even if it did seem to be on their terms:

“Listen, we have no idea other than the gross revenue that our business is producing which has gone through the roof in the last four years since this last deal was signed. Why should we? I mean heck, people want to say we’re employees,  call us what you will, call us sub-contractors, the bottom line is the owners need us. If you want to put Arena League players out there, if you want to put more rookies out there, do what you want to do. This game will plummet so fast it will make your head spin. And the owners know that to a sense, but the word that I keep getting back from Drew Brees is the players know that we can hurt and damage this game; we do know that we will lose a strong fan base. The owners do not grasp that principle. The arrogance, the egotistical nature of these men that we’re battling is such that they think that this game is indestructible. And I completely disagree.”

On keeping the players united when you’ve got guys like Adrian Peterson comparing the players situation to slaves, and others like Nick Collins saying rookies should definitely go to the draft:

“Well first of all, I wish I had the athletic ability of AP’s like little finger. Alright. But he’s an idiot, and what he said was moronic at best. You hit the nail on the head. We’ve got 1900-plus guys to keep on the same page. What we have to avoid is the Nick Collins comment, the Cromartie, we have to avoid a veteran that has solidified in this league financially as well as on the field with his play really kind of jumping ship. And those comments, they hurt us. And ultimately that is what the owners are banking on because listen, we can do the math — 32 compared to 1900, they’ve got all the power, they’ve got every advantage. So we’ve got a fight ahead of us. We know that. But that doesn’t mean we cave in and try to do the right thing along the way.”

On the issue of financial transparency, the reports that the NFL agreed to show the books for a limited number of teams for a five-year rather than ten-year period, and why the players didn’t take that offer and then turn it over to the mediator to move forward from there:

“Well on the mediator point, neither the PA or the owners were willing to let them have any power. That was more a PR move on both our parts to be honest with you. But here’s the deal: the NFL supposedly offered us numbers last week. It was a single piece of paper with two numbers for the last five years a piece. So it was ten numbers. “The funny thing is, Roger Goodell comes back into every NFL locker room last year during training camp, and we asked him, ‘Why not show us the books?’ In his intelligent wording, he basically said, the players and their representation is not smart enough to understand or grasp the minutiae that is the NFL financial books. Well, listen, when you look at a guy like a Drew Brees, you look at a guy like a Tom Brady, you look at guys like this, you don’t say things like that. You don’t look at me like that. I’ve got a non-profit that we run like a Fortune 500 company with millionaires and billionaires sitting on the board that are constantly instructing me on the ways of the business man. So listen, we view ourselves a bit different than the guys did 20 years ago in this league. So, don’t sit there and say, hey, our management team isn’t smart enough to handle this, this is why you’re not showing us your books. That’s a bunch of nonsense. They picked a fight that isn’t going away.”