Cortez Kennedy spent the past few offseasons waiting for the phone to ring, hoping he’d been inducted into the Pro Football Hall of Fame. Calls came, but not with the good news. The call didn’t come this time around either, but Kennedy did learn on television this past weekend that he had been selected as one of the six gridiron greats that would be enshrined in Canton later Kennedy was drafted by the Seattle Seahawks with the third overall pick in the 1990 NFL Draft and never left the city during his 11-year career. The defensive tackle piled up 668 tackles, 58 of them sacks.Cortez Kennedy joined KJR in Seattle with Mitch in the Morning to discuss his reaction to learning that he was going to be inducted into the Hall of Fame being happy for Seattle fans, on playing his whole career in Seattle and what his mindset was when he first realized that Seattle would be his one and only home as an NFL player, the upcoming speech, why he went to the University of Miami, and when he realized he would be a great player. 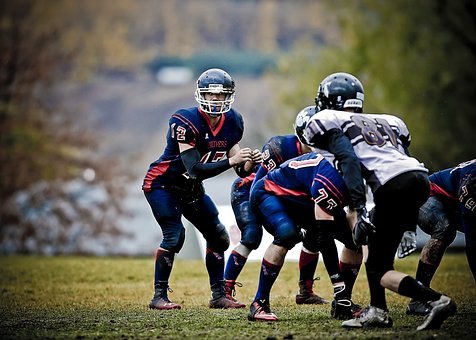 Some guys like to try to downplay the Hall of Fame. You’ve been pretty excited:

“The last three years I didn’t think I’d have a chance, but last year, I was like, ‘Well, I might have a chance.’ … I started getting nervous. Then, if [not getting in] was the the worst thing I’d have to deal with, I’d be OK, but I did want to get in because you look at the guys I played with — John Randle, Randall McDaniel, Bruce Matthews — all those guys I played with in the Pro Bowl, I said, hopefully one day I get that chance. When I saw it on TV Saturday that I’d be an enshrinee, I was like, ‘Oh my goodness.’”

On being happy for Seattle fans:

“I’m very happy for the Seahawks fans. That decade that we lost, probably under .500 … the Seahawks fans had to endure so much and I’m so proud of them and the Seahawks organization that we have a second person in the Hall of Fame.”
What do you remember feeling when you realized your career was taking you to Seattle?:
“I knew Brian Blades, so I knew he was playing up there and he used to come back and work out at the University of Miami. … The whole city embraced me when I was there.”

Are you nervous about the speech?:

How did you find your way to the University of Miami?:

When did you realize you were going to be a great football player?:

“I knew I was special when Randy Shannon … used to stay in my apartment and watched the refrigerator so I wouldn’t get up and eat late at night, would get up early in the morning at the University of Miami, working out three times a day, not eating that much, drinking a lot of water. Randy, he’d play a lot of mind games with me and he was there for me. He taught me how to work. … We’re running 110-yard sprints and Coach Johnson liked to play mind games. He’d say, ‘Cortez didn’t make it. We’ve got to run another one.’ You don’t want the guys pissed off at you so I said, ‘Randy, I didn’t make it.’ He said, ‘Cortez, don’t worry about it. Coach Johnson’s trying to play mind games with you so you can quit.’ I never did quit.”