The Denver Broncos already had two great wide receivers in Eric Decker and Demaryius Thomas. This offseason, they added prolific slot receiver Wes Welker to the mix. It has many wondering if there are enough balls to go around in the Mile High City, but after working out with Peyton Manning, Thomas and Welker last week, Decker feels good about where things are headed.Eric Decker joined 102.3 ESPN in Denver with CJ and Kreckman to discuss taking a couple months off from working out, working out at Duke last week with Peyton Manning and others, the practical joke Manning played on him with a fake bill for those workouts, what Wes Welker’s addition to the Broncos means for him and if there are enough passes to go around in Denver. 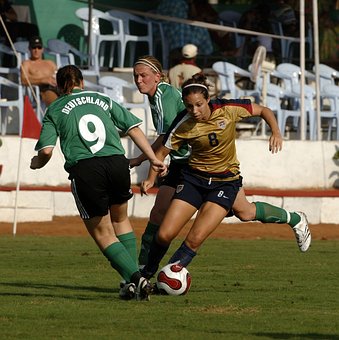 On taking a couple months of from working out after the season ended:

“Everybody takes a different approach. Last year, for me, I worked out in January all the way through February. And I also had a knee injury that I was rehabbing. I just found what I like to do, and experiment, being young, trying to figure out what’s right, what’s not right.”

How did it go last week at Duke, working with Peyton Manning, Wes Welker and Demaryius Thomas?:

“It felt like two-a-days. He had us working. Peyton. … Peyton had the whole itinerary and had all these plans for us to work out. … We worked out in the morning, meetings in the afternoon and more workouts in the evening time. It was a grind, but it was a good time.”

When Peyton gave you the invoice of charges for working out at Duke, did you think it was real?:

“I did for a little bit, yeah. … What got me, though, and I was confused, was the state tax or the sales tax, I think it was state tax they had on there. I was like, ‘Who charges a state tax for a workout?’ I didn’t want to be rude because we’re all there for dinner and the head coach is there and I was like, ‘I had a great week, but $3,000? You’ve got to be kidding me.’”

How did Peyton and Wes Welker look?:

“Everything looked good. Starting with Peyton, his arm strength, I thought, was up from last year at this point. He’s on point with his throws. It’s unbelievable. To see him with Wes, the first time he worked out with Peyton, he’s hitting him in the numbers and putting it in the right spot. … That’s something that takes time usually, but he’s nailing it right away. And Wes looked good, too. … He’s such a quick, explosive guy, and so crafty at what he does inside the slot. It was fun to see him and learn a little bit, as well.”

What does the addition of Welker mean for you?:

“I think, really, he’s going to take a lot of pressure, whether we see a lot of Cover 2, we see safeties kind of bracketing us outside. He’s really going to make the difference of getting those third-down conversions, of making sure guys really key on him. If there are blitzes, you’ve got a guy in the slot that can make a six-yard catch into a 60-yard touchdown. So that’s something that’s going to be interesting, to see how they play us defensively.”

Are there going to be enough receptions to go around for everybody?:

“I think initially, yeah, obviously you think it. This guy had over 1,000 yards and over 100 catches and has done that for five years consistently, that there may be some passes that don’t come your way. … But when you think about it, ultimately you play this game to win a championship. That’s the bottom line is, if you can add someone to your team that’s going to change the aspect and really make you a great team, I’m all for it.”