Picture this: A young Bill Romanowski is in the San Francisco 49ers locker room with Hall of Famer Ronnie Lott, the latter of which says he’ll pay $500 to anyone who comes up with a sack on Sunday. It’s a story that certainly comes to mind for Romanowski with all the current talk going on about bounties in the NFL.It certainly isn’t exactly the same as the situation going on in New Orleans, where it sounds like the attitude was more about hurting opposing players and knocking them out of games. But Romanowski doesn’t think they’re that much different, saying the media needs to take a step back and also comparing the bounties to a sales manager giving out a $100 gift card to the person who makes the most sales in a certain week.Bill Romanowski joined 95.7 The Game in San Francisco with John Lund to discuss the recent bounty story, a hit that injured Kerry Collins in 1997, knocking players out of a game to gain an advantage, if receiving money for a sack would be standard operating procedure and if knocking someone out of a game was ever in the gameplan. 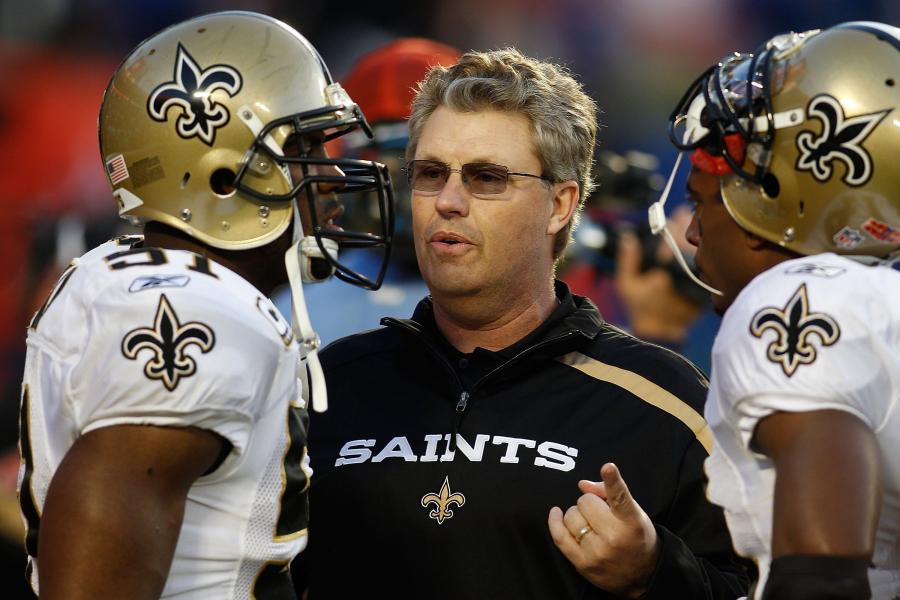 How prevalent are bounties in the NFL?:

“I can honestly say that I was never on a team where there was actually a bounty put out, but what I will say about this, and the more I read into it and look at it … I want press to calm down a little bit and realize and take a look at the sport of football and realize that it is a violent sport. You’re paid, on defense, to knock the living daylights out of people. The harder you hit people, the more you are paid, the more you are respected, the more you are liked, the more you are cheered. It’s a reality. Gregg Williams is a phenomenal defensive coordinator, has done a great job for a lot of years, is a great football coach. Ronnie Lott used to give out, my first couple years in the league with Ronnie, he’d say $500 for anyone who gets a sack this week. … In a way, this was no more than a, call it a reward, call it an incentive, call it something, for playing really physical football. You never want to go out there with a goal to hurt another football player.”

On the devastating hit he put on Kerry Collins in 1997:

“I didn’t go out there saying, ‘I want to break Kerry Collins’ jaw in 10 places, I want to have blood coming out of his mouth, nose and ears so we can win.’ But guess what? There’s a reality about playing. And when I did that to Kerry Collins, you would have thought when I got to the sideline we had won the Super Bowl.”

You might not want to injury someone, but would you at least want to knock them out of a game to increase your chances of winning?:

“Yes, but I wanted to hit that guy hard enough to where he saw stars maybe, but never to where he could never play again [or] he would have a broken neck, a broken bone, a broken anything that would hurt him in any way permanently. I never wanted to do that. I took myself to a very dark place and I used to say really violent, mean, hurtful things in my head to get myself amped up to take that field. But trust me, and I really do believe that Gregg Williams did not want to hurt opponents. I really believe that this was kind of a thing where, think about it guys, these guys are making millions of dollars, and to hand out $1,500 when that guy might get a check that week for $200,000 … to me it’s no more than a company that walks in and says whatever sales rep does the best this week, you’re going to get a $100 gift certificate to Ruth Chris.”

Do you think players receiving money if they get a sack is standard operating procedure?:

“Yeah, I think there are just these little motivation, different things you do that rally a defense, rally a team, rally a group of linebackers. Maybe it’s me saying to my fellow linebackers, ‘You know what, let’s see if we can knock someone out today.’ I talked about this through the playoffs. Think about the way that the 49ers play defense and how aggressive they were and how violent they were. All we’re doing is saying, ‘Hey, for doing that, as a team, taking pride, hitting people as hard as you possibly can, if that guy, within the rules of playing defense, happened to be carted out on a stretcher because you imposed your will on him and hit him so hard that he landed on his back and the only things that were moving were his arms and legs … and they had to bring the stretcher out but you were playing within the rules of the game now we have a better chance to win.’”

Would knocking someone out ever be part of a gameplan discussion?: