NFL Agent: “You Really Can’t Compete Within The Framework Of All The Rules”

College football coaches are smitten with their own abilities to deflect and/or run from blame. High profile names like Nick Saban, Urban Meyer and Pete Carroll, who have won five of the last seven BCS Championships, have made very public statements recently about the evils of agents. They have used their soapboxes and stature to defame the very profession and place themselves in a seemingly holier 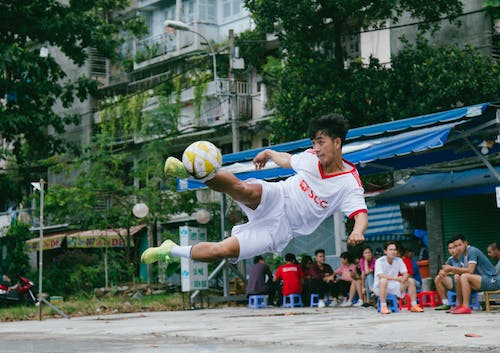 place. Some may buy it as sincere when Saban says:

“The agents that do this – and I hate to say this, but how are they any better than a pimp? I have no respect for people who do that to young people. None. How would you feel if they did it to your child?”First of all, if someone came to my 21 year old son and offered him for no particular reason and he took it, so be it. The line between “right” and “wrong” in this case is blurrier than Saban would make it – especially when it is college coaches that blur that line more than any agent.Do college coaches know what every single player is up to? No. And they shouldn’t have to. But they not only empower their athletes to break the rules, they cannot be free from blame for facilitating it. It is widely understood that far more goes on than we learn and that the billion dollar business of college athletics won’t get its own when it comes to policing the acts that it condemns – the acts that may aid teams in building powerhouses.Agents are not always great people. College coaches are not either. The more boisterously the latter denounces the former, the more I question the latter.NFL Agent Ralph Cindrich joined The Morning Show on 93.7 the Fan in Pittsburgh to discuss Saban’s comments, the difference between coaches and agents, the school’s responsibilities, USC and the laws that govern agent conduct.

On Nick Saban’s comment that agents are “no better than pimps:”

“First off, that’s taken a little bit out of context because he said, ’some of them.’ Certainly, I would agree with him in some respects. At the same time, any time that Nick Saban would like to put his record up against mine, I’m willing to do that in any form.”

On if there is a difference between how college coaches and agents recruit:

“No. And old Nick knows that. I’ve seen him out on the road a time or two. He’s contacted a client of mine or a family member of a client of mine. I know what goes on out there and he knows that I know. The bottom line is that to stand up on a pulpit and start preaching that way – and maybe I’m doing it, take a shot at me – that bothers me, especially when it comes from a guy like Nick Saban.”

On if Florida should be responsible for what happened to Maurkice Pouncey if it turns out to be true:

“Could they have known or reasonably known with any diligence on their part, and if so, then yes. Why shouldn’t they be responsible? Urban Meyer got up on his pulpit too. People know what goes on. The guys that are on the recruiting trail out there know where all the dead bodies are. I talk about safe suits. The commonwealth of Pennsylvania is a joke when it comes to enforcing rules. I screw around with them every year just to jerk them around and say, ‘Look, why should I be paying my fee? You are not doing anything. I’ve reported problems to you before.’ All they do is shuffle back and forth. If there is one state that needs Viagra its Pennsylvania.”

On if this is a new concern or if it has been building:

“It’s been building. And hey, don’t put USC in your rear view mirror. There is a lot more going on there. Those guys out there from neighborhoods that are deprived who are driving Range Rovers and the Mercedes and all the rest, they just earn that on their own on the weekends in the off-season.”

“First off, I’ve not had an allegation of impropriety. Not one allegation in 33 years. To be competitive nowadays, you really can’t operate within the framework of all the rules. I’m talking about state laws, the NCAA and the NFLPA… In a lot of states, you have to pay a $1000 fee before you contact a guy. You don’t know if he is bought already, whether he is interested or not and then you have to contact the athletic director to get permission and the head coach to get permission. That’s just not going to happen. So what you invite is that you invite parasites… Guys are getting hit others ways. If you really want to clean it up, make the agents liable under criminal law like they are right now. Make it a felony like it is right now. But also include the boosters who are dirty, the head coaches who are dirty, the others associated with the player, the parents if they joined in and received money, the runners for the financial people. All you have to do is a simple amendment. If you want to know what’s going on or what has just go on, all you have to do is go to the former high school stars who didn’t make it in college, the college stars who didn’t make it in the pros and you pay a bounty… If you want to clean it up, that chills the guys out there who want to break the rules.”