New York Is Ready for Tonight’s Giant Game Against Dallas

Since being drafted in the seventh round of the ’07 Draft, Ahmad Bradshaw has shown the Giants that he will do anything within his power to help the team win games and that he can play through pain.  He started off his career on special teams returning kickoffs and eventually landed mop-up duty in the backfield for when Brandon Jacobs and Derrick Ward needed a breather.  Last season, he played in every game except one, in which he had an ankle injury, and posted career-high totals in carries and rushing yards, and a team-high seven rushing touchdowns despite playing with cracked bones in both of his feet, as well as bone spurs in his ankle, all of which required surgery following the season.This season, Bradshaw is settling into his new role as the team’s featured back quite nicely since beating out Brandon Jacobs in training camp.  Even though he hasn’t scored a touchdown in two straight games, he seems to keep getting the job done.  Bradshaw has a league-high of eight plays for over twenty yards and is second in the NFL in rushing.  Tonight, the surging New York Giants, winners of three in a row and leading the NFC East at 4-2, head into Dallas looking to maintain their division lead.  Although Dallas is 1-4 on the season, the Cowboys will be amped up to play tonight against their division foe.Ahmad Bradshaw joined WQAM in Miami on the Michael Irvin Show to talk about why the team’s season started off so slow and how they have been able to get it together, how much leadership he controls with the Giants, and how much the team thinks about having a chance to end Dallas’ season on Monday Night Football. 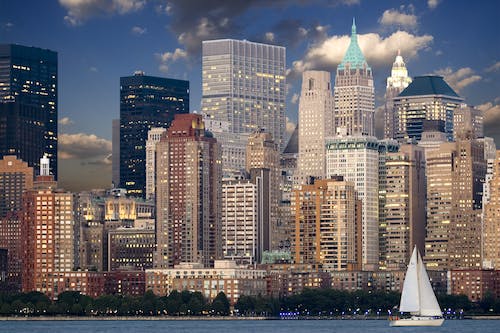 Why the team’s season started off so slow and how they have been able to get it together:

“You know what, we just feel confident, and we have togetherness…  The big offense, defense, special teams are feeling together right now.  We feel so confident with it and we feel it’s tough to stop it at this point.”

What he thinks of Tom Coughlin and how he has changed since he got to New York:

“When I first came in everybody said that he was hard-nosed and hard on the players and he wasn’t a player’s coach.  My first year I was lucky enough to win the Championship that year.  After that I figure he became a player’s coach.  He does a great job with us.  He gets us prepared to the fullest before the weekend and very game…”

What a ‘player’s coach’ means:

“Just to be able to talk to each player and be able to just reconcile with everybody.  There was talk that he was just a hard-nosed coach, just on the field pretty much.  Since I have been here on and off the field he has been a great person to me.”

What his thoughts are when people talk about getting rid of Coach Coughlin:

How much leadership he controls with the Giants:

“At the beginning of this offseason I just dedicated myself just to my team, to my teammates, just to be there.  I haven’t been able to be there during the offseason so I dedicated myself to be there this whole offseason.  Everybody respects me on the team.  I just figure myself to take the responsibility to be a leader on this team.  I feel real good about it and I think I have enough respect for it.  I think everybody sees what I saw last year, I play through a lot of pain and they see this year what I have came to be through these injuries.  I’ve been able to be a big part of the leadership in our locker room.”

How much the team thinks about having a chance to end Dallas’ season on Monday Night Football:

“We know that it is going to be a big game.  They always come to play us especially down there, they always come to play and it is a Monday night game.  We just know that we have to win this game to get a good start on it, in our division, and we just look forward to it.  I don’t know about knocking them out.  They are always a team that once they get a spark, a little momentum, they can always come back.  So it is still early to speak on that.  I just know that we have to come to play.  They have a great set of guys; they just got to get it together.  Hopefully they can’t get it together this week.”