Mo Williams on Mike Brown: “Defensively I haven’t been around no one better”

The shoes left behind by Phil Jackson will be very difficult for anybody to fill. The Lakers are turning to a former coach of the year to try and fill them. Mike Brown and the Lakers have a deal in place to make the former Cavs coach the new lead man in Los Angeles. While Brown doesn’t have the flash and he may not have the attitude to be the ideal fit in Hollywood, Brown is a very good coach, he proved that during his time with the Cleveland Cavaliers, and will bring something to the Lakers that they need desperately. A defensive foundation. After Dallas shot the lights out in the playoffs, it became clear that something was missing in LA and it was on the defensive side of the floor.Mike Brown has a defensive background and deserves a lot of the credit for LeBron James emergence as one of the best defenders in the NBA. Brown got his star to buy into his defensive principles and that is going to be his number one challenge in LA. The Lakers were embarrassed in the playoffs by the Dallas Mavericks, there seemed to be some dissension in the locker room, and it’s going to be up to Mike Brown to put the pieces back together for another run at the championship before Father Time tells Kobe that his time is up.There’s no question he has deficiencies, especially on offense and towards the end of his time in Cleveland, it seemed like his superstar started to tune him out and turned his back on him, but Mike Brown is a winner. He was part of a winner in Indiana, in San Antonio, in Cleveland, and he will find a way to win in Los Angeles as well.  Mo Williams joined ESPN Los Angeles with Mason and Ireland to talk about how he feels coming off knee surgery, his time playing with Mike Brown, what he thinks of him as a head coach, why he enjoyed playing for him so much, whether or not his offense is as bad as people believe it is, and why he thinks Mike Brown was fired in Cleveland. 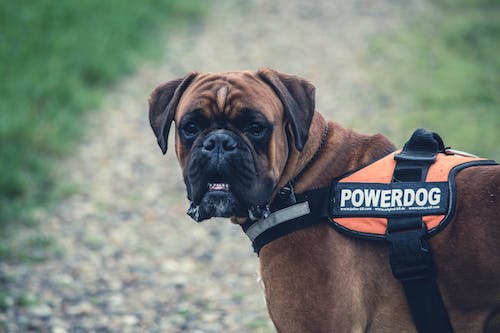 What his thoughts are on Mike Brown as a coach:

“I love him as a head coach. You can go back to the day he was fired in Cleveland and get my quotes I had when he was fired, I voiced that gratitude towards him for the things that he did for the organization. I really enjoyed playing for him and he’s a great coach. Defensively, I haven’t been around no one better. Not only that, he lets you grow as a player and I think it’s a great hire for the Lakers.”

What kind of coach he is:

“He’s a player’s coach. He works hard, he knows what he wants, but at the same time he’s a player’s coach. I think for a lot of players in the league we love coaches that we can voice opinions to because us as players we feel like we know a lot also. To have a coach that listens to you, now he’s the head coach and at the end of the day he’s going to make the final decision that he feels comfortable with, but at the same time he does listen to your opinion and sometimes he agrees with you and it works out for both sides. That itself makes you want to play for a guy like that because he trusts your opinion and he trusts you as a player.”

On the idea of LeBron being a reason for the offensive struggles:

“I think with my years there it changed due to personnel. You gotta play out of LeBron. You’ve got to understand LeBron was a young player too and he played on that team when they weren’t really good. Then when they went to the Finals that year he really had to do a lot of things he was doing by himself and that was the reason they brought guys in like myself, Ben Wallace, and all of these guys that they made trades for to get better help around him. I think you saw the playbook expand. We had a lot of different plays and he used his personnel and the strength of our personnel and I think that’s what he will do with the Lakers. He knows what the strength of the teams are and he will play through that. I think that’s mainly what he really has to figure out, but the one thing he doesn’t change is the defense. The defense is set in stone and it works.”

On why he believes Mike Brown was fired by the Cavs:

“We all know how the situation in Cleveland worked out. It was just a messy thing going on and the organization had to find themselves back up and I think they did a good job of that getting the first and fourth pick. I’m happy for the city of Cleveland for that and I think they deserve that. At the same time, with the way it happened I don’t think at the end of the day no hard feelings were felt by anybody. Mike Brown was a great coach and he knew he wasn’t fired just off he didn’t do good. He knows that. That’s why he got the opportunity right now with the Lakers and I’m happy for him.”

Whether he is rooting for or against the Miami Heat: