Chipper Jones Reflects On Being a No. 1 Draft Pick, Eyes Return From Disabled List

With Chipper Jones on the shelf with an ankle injury, it gave the Atlanta Braves third basemen time to reflect with friends on Monday just how much the  Major League Baseball Draft meant to him. He calls it the biggest day of his life outside of the birth of his kids when he was the top pick of the Braves that year. And on the eve of the draft, the New York Times named him the top No. 1 overall pick ever because of his longevity and success with the team that picked him.Jones has been riddled by injuries a bit this year, playing in just 29 games thus far. But he hit north of .300 in those games with five home runs. He’s eligible to come off the disabled list on Friday and says that’s a decent possibility.Chipper Jones joined 790 The Zone in Atlanta with Mayhem in the AM to discuss his ankle injury, a possible rehab stint, being named the top No. 1 draft pick ever by the New York Times, reflecting on those days, the day of the  draft, the young talent that was Andruw Jones and the likelihood he returns to the lineup on Friday. 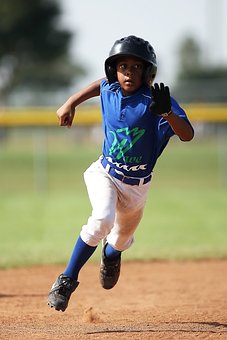 You sent a picture of your ankle to us. What’s it like even simply walking around on that?:

“It wasn’t getting any better and that’s why we had the small surgical procedure to relieve the pressure. The pressure down on the ankle was pretty excruciating and I couldn’t do much with it. I’ve fouled a ball off my ankle or my foot hundreds of times in my life and been able to play the next day or play within a day or two, and I didn’t think this was going to be any different. Evidently it just hit something it wasn’t supposed to.”

A rehab stint has been discussed. Is that just to make sure that everything’s OK?:

“Well, I think that’s what these next three days, for me, is going to try and prove. Early in the season, when I started the season on the DL, I went to New York and hit live off of [Randall] Delgado early one afternoon and went out and took ground balls and ran the bases. I’ve got to prove to them that I can just pick it back up and play. It would be my preference not to go on a rehab assignment because once I feel I’m able and ready to walk on the field, I want it to be at Turner Field.”

On the New York Times naming him the best No. 1 overall draft pick of all-time:

“That was a pretty huge honor. I respectfully disagree from the standpoint you’ve got guys like Griffey and A-Rod that have gone ahead and put up numbers that are far and away better than mine. But obviously staying in one place, winning a World Series here, helped out.”

Do you ever look back at those pictures of your old self and say, ‘Man, I can’t believe that’s me?:’

“It’s kind of surreal now, looking back. That’s why this year of reflection has been so great. It’s allowed me to the opportunity to kind of reflect back. My agent and I were talking last night … and every year the draft comes back around it gives me an opportunity to reflect back on 1990. I was telling some friends last night, it’s the single biggest day next to the birth of my kids, it’s the single biggest day of my life.”

“I was sitting in my living room. I probably had 50 family and friends around. The Braves had told me the day before to be next to the phone at Noon the next day, that I was 99 percent likely to be the first pick in the draft. I had talked to them the night before just to talk about signability and they were so uptight about the Van Poppel situation and the fact that he said he wasn’t going to sign. I told them flat out, ‘Hey, I want to go play baseball and I want to play for you guys.’ Southern team, southern region of the United States, the closest Major League ballpark to my home and my family. It just made sense for me.”

Is Andruw Jones still the best young talent you’ve ever seen, having had a chance to see him at age 16?:

“He was 16 years old and he was playing with 18-, 19- and 20-year-olds. And it was like Devon White was playing center field on a Little League team. I’ve always kind of likened Andruw to Devon White, defensively in center field. Obviously I think Andruw’s better, but his actions reminded me of Devon White. … He just made the game look easy and everybody else is out there working their tails off. … It was crazy how talented he was at the age of 16.”

“I’d say 75, 80 percent. Not having done any baseball activities in 10 days or so, I’m a little skeptical as to being able to come off on Friday, but I don’t think it’s going to be too far after that. If the next three days goes well, that percentage could go up drastically.”